The Future of US Housing Market 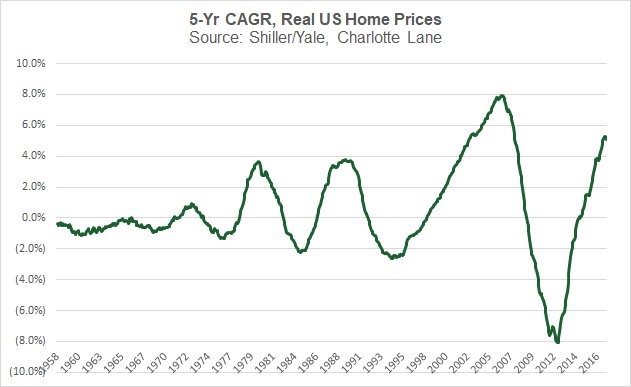 The housing market is one of the most important industries in the US, as was on full display during 2008 when it brought down the entire economy. Many industries touch housing such as banks, insurance firms, and home builders. A house is the biggest purchase most people make their entire lives and it often takes people’s working adult life to pay it off, especially when paying off a mortgage. Since consumption drives 2/3rds of GDP growth housing is an important topic to study. This is especially true since 78% of Americans are living paycheck to paycheck. 71% of workers are in debt and 56% of them say the debt isn’t manageable. Doing the simple calculation, that implies about 40% of Americans are in debt over their heads. These stats affect demand for housing and housing affordability affects the amount of debt people find themselves in.

One of the reasons why housing is so interesting is because it has a cultural impact and is affected by generational values. It’s easy to look at charts and forget what you’re dealing with if you’re analyzing a business to business firm like IBM. However, that’s not the case with housing because it is personal. One new phenomena you might notice if you speak with millennials and baby boomers is that they value houses differently. Millennials aren’t as interested in buying a house. That’s partially because about 50% of those born in 1980s will make more than their parents. A few decades ago it used to be that most people made more than their parents. Now 34% of millennials are living with their parents, even though we are about 8 years into this economic recovery. In 2005, only 25% of 18-34 year olds lived with their parents.

Millennials also don’t value real estate as much. Buying a house with a 30-year mortgage is making a bet that you will live in the same place for most of your life. Obviously, it’s possible to move, but the closing costs on a $400,000 house are about $17,000. It’s expensive to have to move all your stuff and pay closing costs each time you move. Millennials don’t need to make that bet because they are putting off marriage and having kids. In 1976, 85% of women and 75% of men were married by age 29. Now, 46% of women and 32% of men get married before they are 30. Cohabitation is up 12-fold in the past 40 years. Marriage is a commitment, while cohabitation isn’t. If you are only living with someone, but aren’t married and don’t have a kid, you aren’t going to buy a house. Millennials value delaying these big lifestyle choices to pay for education. That’s an especially strong trend for women.

That leadup brings us to a new trend in housing. The Charlotte Lane chart shows that there was a dramatic decline in the number of residents per household from the 1940s to the 1990s. 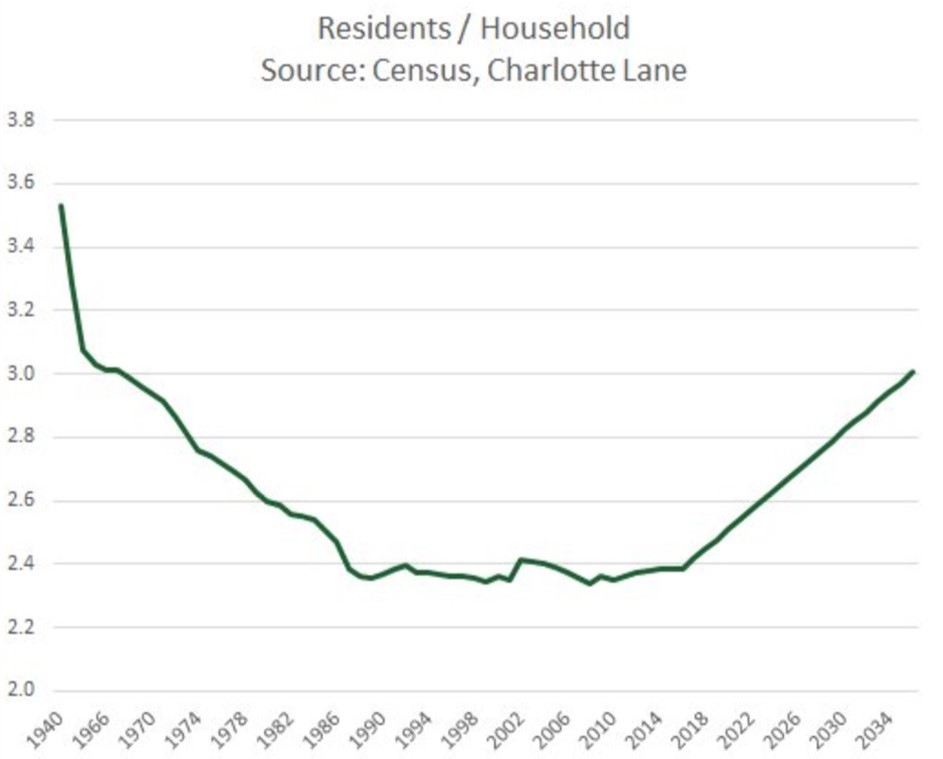 Residents Per Household Has Flatlined

Charlotte Lane is predicting an increase in the number of people living in each household based on global norms. With the weakness in American prosperity, we are seeing many trends in America returning to global norms such as the retail space per person. Retail bankruptcies are being spurred by the increase in online sales. The increase in residents per household would be spurred by changes in the millennial generation which is particularly catalyzed by student debt preventing them from making large purchases.

The question most investors want to know is which direction housing prices will go. Obviously, the trends millennials are showing aren’t promising, but what about the next 5 years? The Charlotte Lane chart below shows the 5-year compound annual growth rate for real U.S. housing prices.

Real growth is growth excluding inflation. Before the housing bubble in the early 2000s, housing wasn’t considered a great investment. There are some places which do well because their economy improves such as when there are energy booms or in Silicon Valley, but as a whole, housing had not provided much returns above inflation. Many people forget inflation when they marvel at the fact that their grandparents’ house increased by tenfold over a few decades. With the government encouraging people to buy a house, speculation, lowered lending standards, and low interest rates, housing provided great returns during the bubble. Now we’re in between the returns seen in previous cycles and the prior housing bubble. That’s what happens when you have very low interest rates and rapid asset price appreciation in the stock market, but don’t have lowered lending standards. The FHA still offers the ability to buy a house with only 3.5% down so the government is still unfortunately involved in housing, messing with free market pricing. As of August, the FHA had a 10.1% share of mortgage applications.

This brings us to the final stats on the housing market we will look into. The Charlotte Lane chart below shows the median home price divided by the median household income. 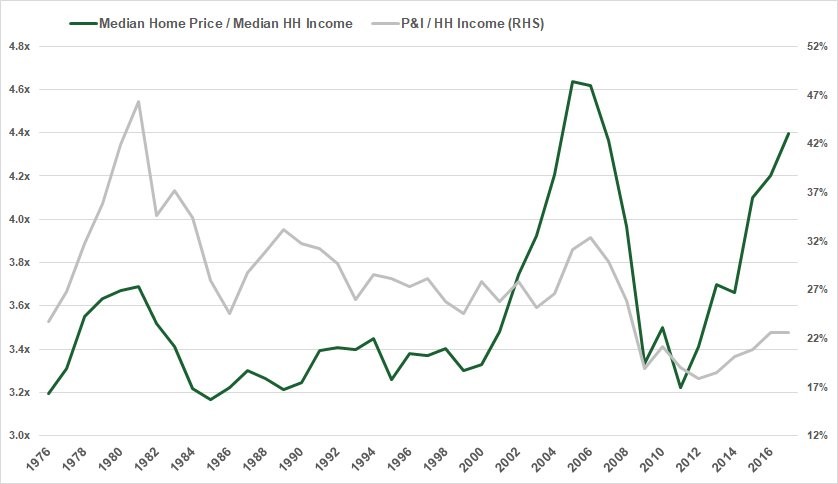 Interest Rates Are The Key To Housing

That ratio is increasing showing us that some home owners are buying houses they shouldn’t be able to afford based on their income. The counterpoint to that factor is that variable rate mortgages aren’t prevalent anymore and lenders aren’t giving mortgages to borrowers with low credit scores as much. There has also been an increase in the stock market which means those who own stocks have seen their net worth increase in relation to their income, meaning income may be less important to median home buyers. What can reverse the trend in the housing market is rising interest rates. The grey line shows principal and interest payments on mortgages in relation to household income. Low interest rates make it much cheaper to buy a home when you realize the compound effect interest rates have on a 30-year mortgage. The grey line is low because of low interest rates. If P&I payments went back to the rate of the 1990s, there would be weakness in housing prices.

Your opinion on whether the housing market is in a bubble depends on what you think of interest rates. If interest rates rise, stocks will fall and real estate will fall. Looking at the long term, millennials living with their parents is a trend that might continue which would suppress home ownership rates and increase the number of residents per household. This trend is driven by high education costs delaying household formation, changing values, and millennials having a tough time earning more than their parents. The reality is, the American Dream Is Now Tiny.