Continued Strength Of US Consumer? 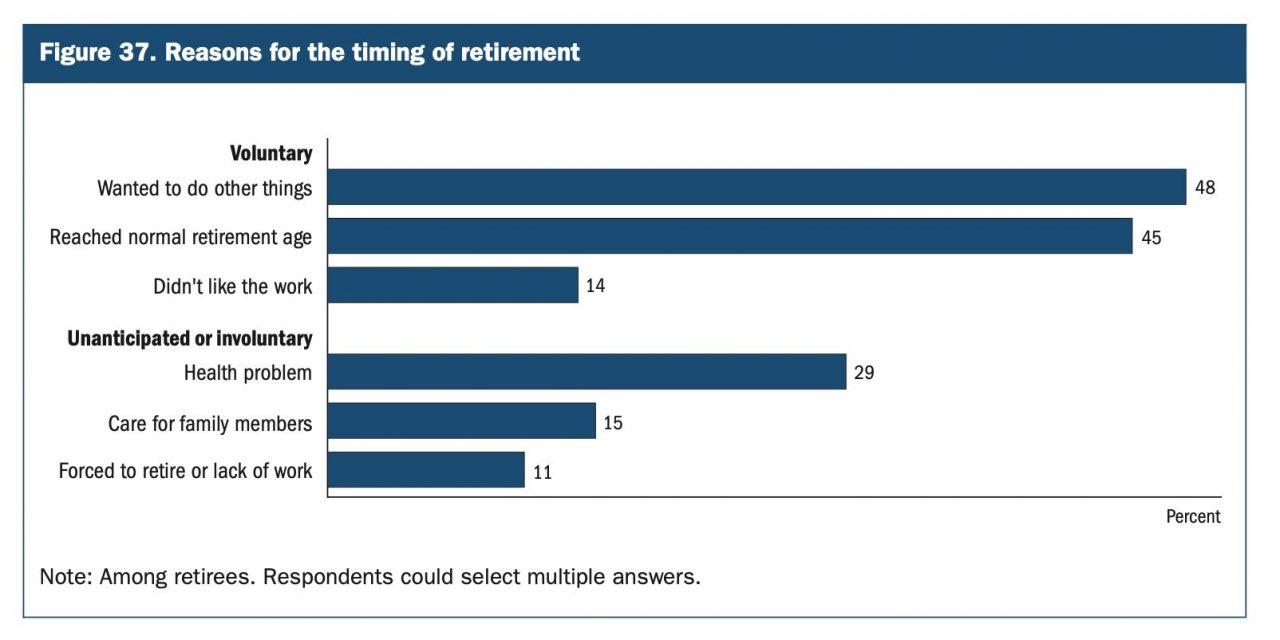 The pandemic caused baby boomers to retire a few years earlier than they would have otherwise. Before the pandemic people were working later in life than ever. The chart below shows in early 2020, the share of workers 55 years old and older hit a record high of about 24%. Since then, it has fallen below 23.5%. That’s a huge difference especially since there are more older people than ever.

If the trend continued, the percentage would be 61 basis points higher. That equates to 1.21 million more jobs held by these older Americans. These workers aren’t coming back because they retired. The trend will eventually come back though when people in their lower 50s surpass this boundary. That’s due to demographics and modern medicine allowing people to live healthy lives later. Plus, there are much more jobs that don’t require manual labor than there were decades prior.

We’ve been talking about how boomers retired en masse in 2020 for a few months now. Surveys are being done which detail exactly why boomers retired. We always knew it was a combination of health reasons and the desire to pursue new activities. Now we have the exact numbers. The survey below allowed retirees to choose more than 1 option which is why it adds up to much more than 100%.

As you can see from the chart below, 48% wanted to do other things and 45% said they reached the normal retirement age. It would be great to see how this is different from historical responses. 14% said they didn’t like the work. It’s unfortunate that someone can work their whole life at a job they don’t like. Hopefully, this is a new desire, but in many cases it’s not.

29% of retirees said it was because of health problems which is probably higher than normal due to the pandemic. 15% said they needed to care for family members which is also probably elevated because of the pandemic. 11% couldn’t work anymore. Sometimes older people face discrimination in the workforce. The ideal situation for employers is for employees to be single with no nuclear family and be ages 30 to 45. Obviously, that’s an inflexible reality. Luckily, we don’t need to fit the perfect standard for employers. That would make life boring. Plus, you can’t control your age.

Oil prices are still in the low $70s. The bullish dynamics in the intermediate term are still in place. Demand is increasing. US air travel is above pre-pandemic levels. That’s even before business travel fully recovers. As you can see from the chart below, the inventory wind down has been very steady. This has been predictable for a commodity which is usually very tough to gauge. Goldman predicts the wind down will be complete by the end of the year which is why it sees oil getting to the $80s.

The bigger question is what happens next. It will be interesting to see how OPEC and US frackers respond to the uptick in demand when the inventory overhang is gone. There will be strong political pressure to produce more oil when it’s in the $80s. Plus, investors will want the firms they own to pump out oil. We understand that limiting production makes sense when oil is low and in glut, but once it isn’t, investors will want earnings growth.

If an oil producing company doesn’t aggressively grow production to improve earnings growth when oil is high, what is the point of owning it? The toughest question is the definition of high. Some will say $80 is high and some will say $100 is high.

After the initial burst of demand following the pandemic, consumers will become much more price sensitive. If it wasn’t for the pandemic, we would already be hearing endless stories about how high oil prices are hurting consumers. Those reports have a way of lowering demand through the reflexivity effect.

One of the most important economic themes in the next 6 months is the continued strength of the US consumer. Consumers will be bolstered by the better labor market, elevated wage growth, and the cash hoard they still have despite their high spending earlier in the year. As you can see from the chart below, as of May, consumers still had $2.3 trillion in excess savings; they are about to unleash this on the economy. Consumers are feeling confident enough to have a low savings rate since employment is solidifying.

Economists are estimating there were 675,000 jobs added in June which would be up from 559,000 in May. The unemployment rate is set to fall 1 tenth to 5.7%. It’s early now, but we think there will be a very strong back to school shopping season in August. There should be more demand since some items haven’t been purchased in 2 years.

We have reached peak housing market growth. This is due to the easiest comps being lapped, affordability dropping, and the coming increase in supply. That’s not a crazy prediction to make. After all, the chart below shows the 14.6% national home price growth in April was the highest in over 30 years. We even beat the 2000s housing bubble because comps were so easy.

People are putting less money down to buy a house because of higher prices and lower rates. Even though valuations are high, the S&P 500 should easily be able to outperform that in the long term. Many stocks have a higher dividend yield. As you can see from the chart below, 34% of home buyers put 5% or less down. It’s very rare to put more than 20% down.

The millions of boomers who retired during the pandemic did so for health reasons, because they had other interests, and because they reached retirement age. The oil market is inching towards ridding itself of the pandemic related inventory glut. Consumers still have trillions in excess money ready to spend this summer and fall. Housing price growth peaked.