The Factor Rotation Isn’t About The Fed 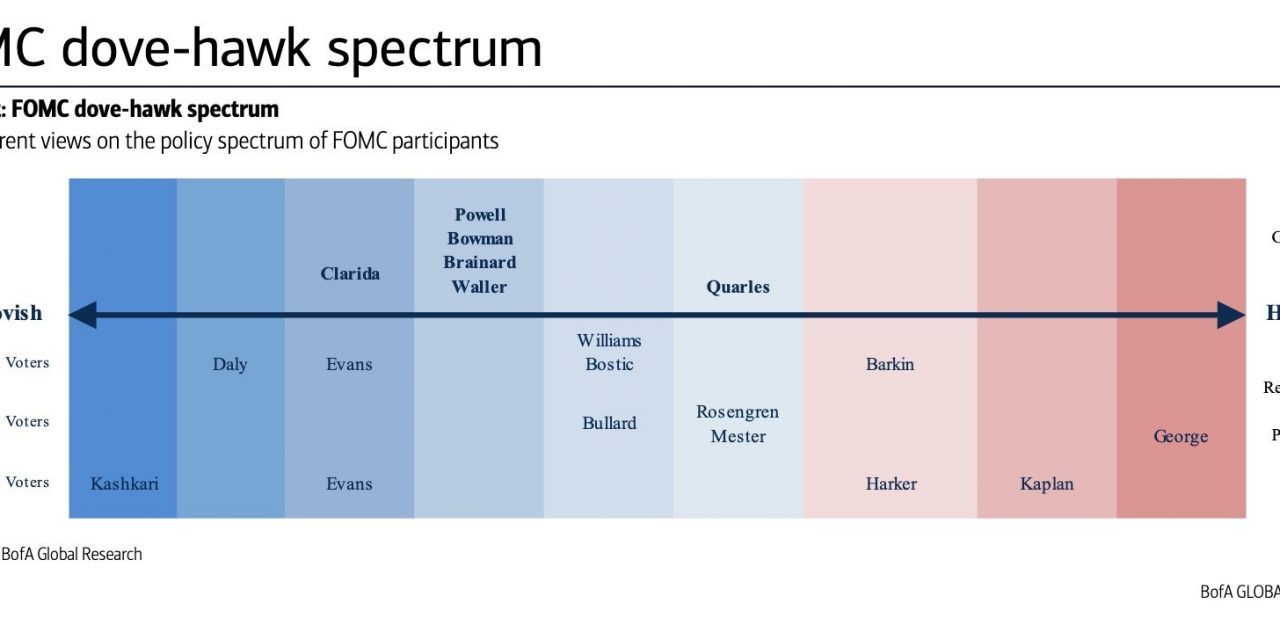 We don’t usually comment on near term stock market performance, but sometimes it’s worth mentioning if the action is truly extreme. Last week was an extreme situation. After the Fed decision, the growth stocks as measured by the ARKK innovation ETF tanked. Then from late in the day on Thursday through Friday, the ARKK stocks exploded and the small cap value stocks imploded. Specifically, from Thursday afternoon’s low to Friday’s close, the ARRK ETF rose 5.3%. The small cap value Russell 2000 index fell 5.8% on the week. This was partially driven by small cap banks as the KBW index fell 7.2% on the week. Friday’s trading session was hugely impacted by triple witching (options expiration) which certainly confused things.

Our hypothesis is that the Fed doesn’t have much to do with the recent crazy trading action. It’s more about a potential peak in economic growth and inflation. Of course, the move was probably overdone though. Plus, when the quant/macro traders start dominating the market, they do so inefficiently. The baby has been thrown out with the bathwater. Not every industrial company should have their stock sell off 10% because economic growth will slow. In fact, growth might still be solid after the peak.

This crazy trading action created a new record. The chart above shows the S&P 500 had the highest percentage of firms at a one month low while the S&P 500 was within 1% of its record high. If you owned a basket of stocks that excludes the mega cap tech giants and the innovation names, you probably had a very bad weak.

It’s common for investors buying individual names to lag the index in selloffs, but this was unprecedented. This barely registered as a selloff for the overall market, yet many portfolios were down over 5% from their peaks earlier in June. Cyclical value stocks had a terrible week. When the mega cap stocks do well, it usually causes some sort of record because the market is so top heavy. This is just another example of that.

The Variant View On Inflation

Almost everyone thinks inflation has peaked for the cycle. That’s partially because inflation has been low for over a decade and the reopening is a one time event. Obviously, not everyone is on board with the thesis. The best chance of inflation staying high is if rent inflation spikes. We have been supportive of that thesis for the past few months. That’s because housing got more expensive, pushing more people to rent. Plus, the eviction bans are going away. Finally, people are moving back to the city now that the pandemic is nearly over. There are more rentals in cities.

As you can see from the chart on the left, the 1 year forward correlation of home prices and owner’s equivalent rent is high. If it stays true, in the next few months owner’s equivalent rent inflation will spike. Shelter is the largest part of inflation reports. The same correlation exists for rent of primary residence. If both increase, there will be a spike in shelter inflation. Of course, this is transitory, but it will make it look like inflation is staying high for an elongated period (even though the underlying driving force changes).

It will be interesting to see how that impacts yields and style factors this summer. In this case, the summer’s CPI reports will have an extra aspect to study within readings that will already be watched closely. If the summer CPI reports are stronger than expected, it could cause mayhem in markets and force the Fed to guide for a hike next year.

The table below gives us context into how important each FOMC member comments are and tells us what to expect from each of them. For example, voters that have a vote in 2021, but none in the next 2 years are irrelevant when it comes to future rate hikes since there won’t be any hikes this year.

Bullard recently made a hawkish comment which is important because he has a vote next year and is moderately dovish. If even doves are sounding hawkish, that could mean the Fed is leaning towards hikes sooner. He said, “Then by the time you get to the end of 2022, you’d already have two years of two-and-a-half to 3% inflation. To me, that would meet our new framework where we said we’re going to allow inflation to run above target for some time, and from there we could bring inflation down to 2% over the subsequent horizon.”

He’s right that sustained high inflation would get the Fed to its average inflation target goal. However, one needs to consider that the Fed impacts future economic results with its policy. If the economy gets back to a normalized run rate of 2% inflation following this spike, why hike rates? The Fed has been trying for higher inflation for years. It finally reached its goal, but this is clearly a temporary situation.

There was an intense factor rotation last week based on the prospect of peak economic growth. This allowed investors to buy value stocks on sale that might not even be cyclical. Quant/macro traders throw out everything together. Inflation could be higher than expected this summer if shelter inflation spikes. It will be boosted by rent inflation. Don’t listen to FOMC members who don’t have a vote in 2022 or 2023. Pay close attention when a dove sounds hawkish and when a hawk sounds dovish. The Fed is certainly leaning in the hawkish direction with its open mouth policy, but that doesn’t mean it will act anytime soon outside of tapering QE.