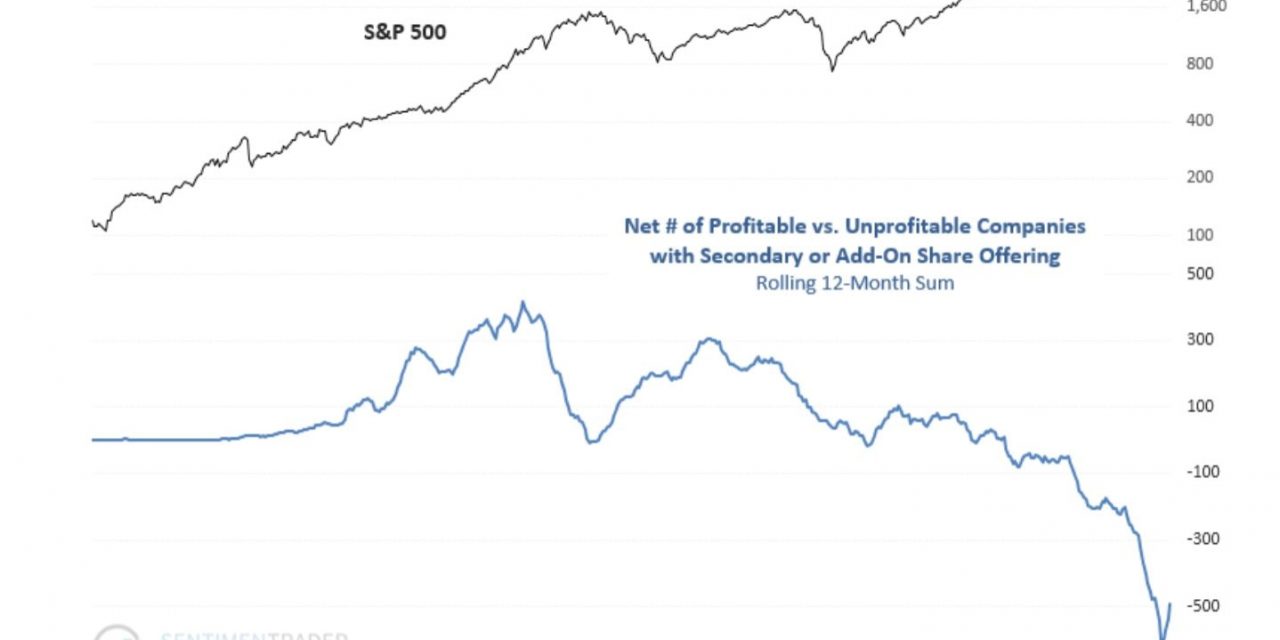 As we mentioned in previous articles, commodity prices can’t explode indefinitely. They always fall after big increases because supply finds a way of increasing. There are intense monetary incentives to produce more of a commodity that has exploded in price. Unfortunately, most producers don’t make much from the peak because by the time they are at full capacity, prices are down a lot. It’s the opposite for demand as high prices lower demand.

No one thought lumber prices would stay as high as they were at the peak. However, we bet some producers think prices will settle somewhere off the high, but higher than where the rally started.

As you can see from the chart above, lumber prices are already down 50% from the peak, but they are up 128.8% from the average from 2016 to 2020. Current prices still are amazing for producers which is why they will likely go even lower. This spike in prices was the worst thing that could possibly happen to future prices. This is emblematic of the overall commodity complex. Higher supply is coming and economic growth has peaked (lower demand growth). It’s a recipe for lower prices.

However, oil is different for three reasons. Firstly, oil just came out of a long term downtrend. It had been weak prior to COVID-19. Secondly, ESG mandates are lowering investment in oil & gas companies which limits production growth. Thirdly, oil prices haven’t gone parabolic. They have increased steadily. When oil gets into the $80s, demand will fall and supply will increase. The good news for the bulls is European and Indian demand should normalize in the next 6 months.

The table below shows long term real returns of various nations’ equity and bond markets. We don’t want to rely on returns in the past few years to make allocation decisions. Once you start looking at 50 year annualized returns, you take out temporary cyclical moves. Some countries are better to invest in than others. The three standouts are Hong Kong, Denmark, and Sweden. In fact, Sweden’s compound annualized growth rate of real equity returns are tied for 2nd in the past 100 years (7.5% returns), the best in the past 50 years (9.4%), and the 2nd best in the past 25 years (9.1%).

It’s sobering to American investors to see how much better Sweden has done than America over the long term. Some believe Sweden has done well because of its culture of innovative and accepting of failure. You need to accept failure in order to succeed. If failure is chastised, no risk is taken. Secondly, Sweden is a small market. It’s a nice place to test out new ideas, but companies need to quickly expand outside of the country if they want to have any sort of scale.

On the other hand, despite being a free country in the developed world, Japan’s real equity returns in the past 100 and 50 years were only 4.0% and 3.8% per year. Its culture is much tougher on failures. This means less innovation and less risk taking. Past results aren’t always great indicators of future results, but in the next 25 years, Sweden should beat Japan unless inherent structural changes are made.

It’s amazing to see how bad many countries’ returns have been since 1999 considering this is a 21 year period. Investing at peak valuations will hurt returns for at least a decade. However, it’s rare for valuations to be that high. Most of the time, you should invest in the broader market if you plan to hold for at least 5 years.

The elephant in the room is that future bond returns will be lower in the next decade than they were in the past decade. Rates are low, but they aren’t headed much lower. The bottom is somewhere slightly below zero. If the US 10 year yield were to fall to -5%, the entire banking system would implode which is why it won’t happen. When rates first go negative, the media will make a huge deal about it, but recognize that slightly negatives rates aren’t that different from slightly positive ones.

As you can see from the chart below, about 35% of Russell 2000 firms don’t make money. The bears love to highlight this point, but they completely missed the rate of improvement that’s coming. Plenty of companies lost money in the pandemic. Now that it’s over, the percentage of non-earners will fall. That being said, there have been a spike in money losing SPACs. It makes sense that a recession combined with investor euphoria would create a record high percentage of non-earners. Makes sure to avoid the pre-revenue SPACs and own the businesses that only lost money in 2020 because of the pandemic.

Many investors complained that not enough firms were going public in the 2010s. This either meant regulations were too tough or that the economy was losing dynamism. Now, some are complaining there are too many new money losing public companies. You can’t expect a rash of new companies to come public as highly profitable. This is what you should expect in an economy with low rates, low growth, and a few internet giants earning huge profits.

It’s great to have all these new opportunities. If one out of one hundred of these losers end up being good businesses, you just gained one potential opportunity. You only need one good stock to become rich. As you can see from the chart below, there have been a ton of money losers with secondaries or add-one share offerings in the past year. The net number of profitable firms minus unprofitable ones is lower than the late 1990s because we are coming out of a recession and rates are lower.

Lumber prices fell sharply. This is a microcosm of the commodity space. Prices can’t rise quickly indefinitely without supply stopping the fun. Sweden has been a winner in the past 50 years. This isn’t a blip. Look closely at stocks from there. A high percentage of small caps and new issuances are losing money. Be careful of the names with no sales that have euphoric sentiment.