Small Business Is Getting Crushed 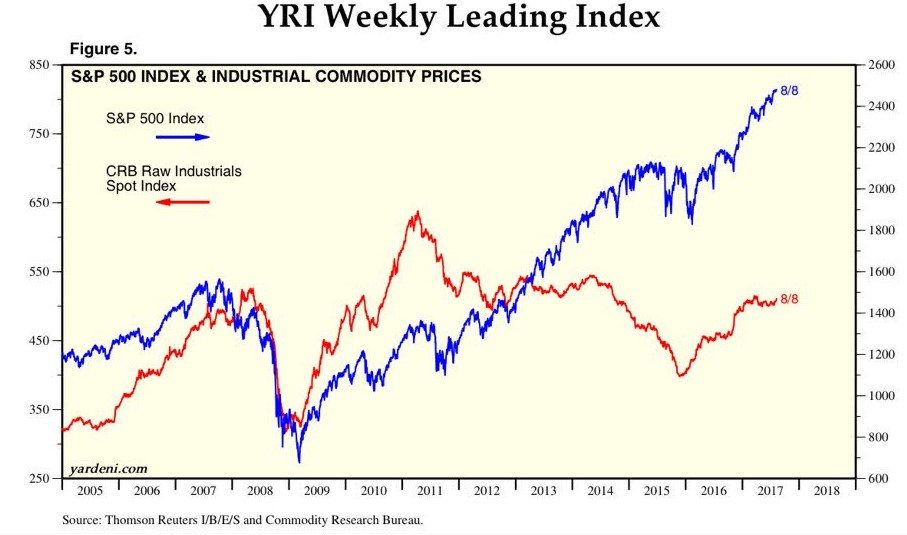 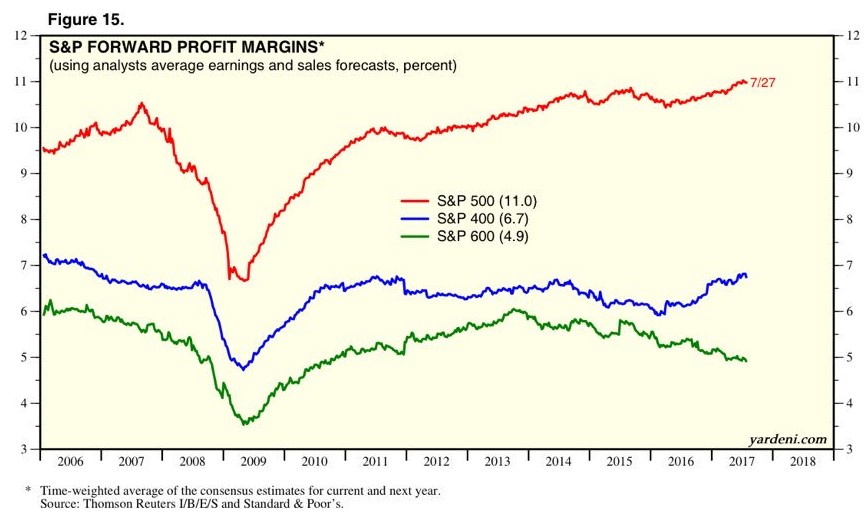 Margins Broken Down By Market Cap

The S&P 600 is the 600 smallest firms in the S&P 1500 index. It’s possible that the largest companies are taking profit share away from the smaller companies as the S&P 500 is at record margins. The sector which is pushing margins up the most is information technology as the large internet companies like Alphabet and Facebook can profit with a relatively low employee count and low fixed costs. While these firms have a profit margin ceiling just like any other company, their sustainable ‘moat’ is allowing them to maintain very high margins. Their market share is a self-fulfilling cycle as firms advertise with them because they have a large number of users which makes them get more users as they reinvest some of the profits into improving the product.

The reason small firms aren’t doing as well as large firms is because this cycle most of the inflation has come from labor, while there hasn’t been much commodity inflation. As you can see from the chart below, 17% of labor costs for Russell 2000 firms is labor, while it’s only 11% for S&P 500 firms. A 100 basis point rise in labor costs has about double the negative impact on margins for small cap companies.

Large Caps Are Less Sensitive To Changes In Labor Costs

The chart below shows a small business survey which asks firms which is the most important problem for them. Labor quality is the second biggest concern. It’s tough to find workers to do jobs at the wages small businesses want to pay. Besides the tight labor market, the other issue is the skills gap. Workers don’t have the necessary experience nor education. As it turns out spending a lot of money on a liberal arts degree may not be worth it. 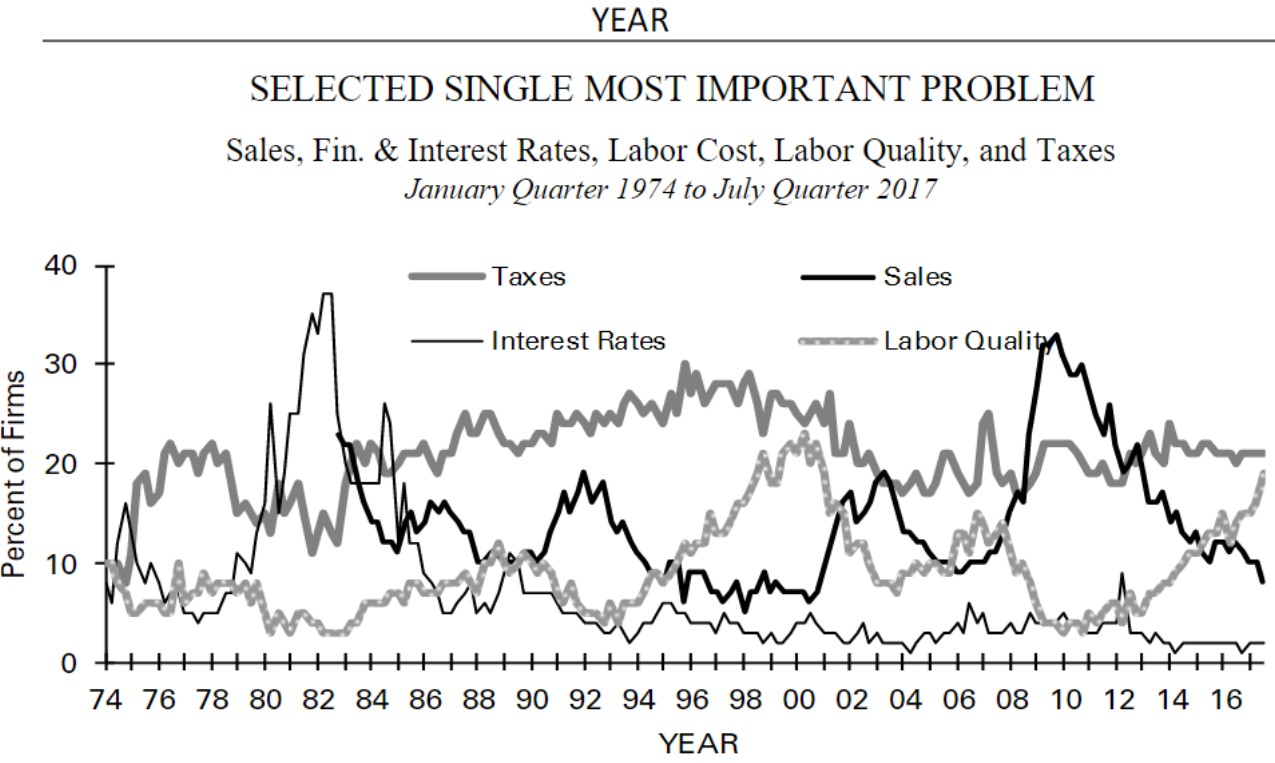 Labor Quality Is A Big Problem For Small Business

The current environment is great for stocks, especially large caps, because the Fed is keeping interest rates lower than the Taylor Rule and global central banks are buying assets. The reason the Fed can keep rates low is because inflation as measured by the CPI is low despite the increased labor inflation. The sources of disinflation are commodities as indicated by the red line in the chart – but that may be beginning to change.

The CRB Commodities index has decoupled from the S&P 500 as stocks have found a new friend in the central banks. Stocks were about to start falling along with commodities in early 2016, but there was unprecedented monetary stimulus added to markets.

Before we get into the Fed’s effect on the cost of capital, let’s look at the chart below which shows the effect oil has had on the Consumer Price Index. 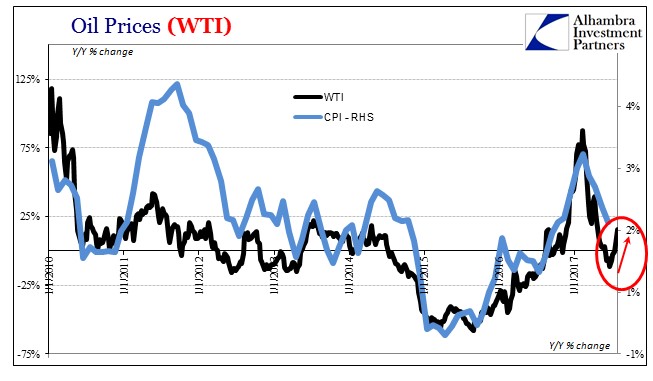 Oil’s Base Effect Pushing Around Inflation

The early 2017 inflation was caused by the base effect of oil. The Fed has been fighting the declines in inflation this year. In June, Yellen said:

“The conditions are in place for inflation to move up.”

However, inflation moved down. It’s an unusual situation for the Fed to be raising rates with inflation falling as indicated by the light blue line in the chart above. If inflation was expanding, the Fed would have to raise rates faster which would end the Goldilocks scenario for stocks.

There are two ways a business can raise capital: either equity or debt. With the central banks adding liquidity into the financial system, this money is flowing into stocks. The trend this cycle is that exchange traded funds or passive investments are taking share from mutual funds or active investments. The chart below shows where that money is going.

The S&P 500 is, by far, the biggest reciprocate of the ETF money. Being a member of an index is more important than ever in a world managed by indexes. The chart shows the Russell 2000 receiving less than 1/5th of the capital the S&P 500 gets. Stocks which aren’t included in the Russell 2000 are have an average market cap that is less, making them potential takeover targets or bargains for investors on a relative basis. The number of publicly traded firms in 2016 was 4,333, so that means about 1,333 firms aren’t in the Russell 2000 since the Russell 2000 is the smallest 2000 firms in the Russell 3000.

The second way companies can raise capital is through debt. The chart below shows the European high yield rates.

The index is the lowest in the past 20 years as the cost of capital is very low. These low rates support zombie companies, propping up the established firms and preventing the new comers from taking market share by out-innovating the established players. A new startup or small firm isn’t going to get investment from the ECB. Capital markets are global, so the ECB’s bond buying affects US markets as cash flows to investment grade and high yield debt which offers higher interest rates.

A final advantage that large firms have is they have international exposure. With emerging market economies improving this year and global trade improving, the 30% of revenues which S&P 500 firms get from abroad are getting a lift. The chart below is the dollar index which has been falling in the past few months. This is a future catalyst which can improve large caps’ sales growth if the trend continues.

There are many factors which affect small firms’ margins differently from large firms. One issue not mentioned is the increase in regulations which hurt small firms more because they can’t afford to pay a compliance department to decipher the new rules. The less publicized issue hurting small firms is the cost of labor. Large companies are being helped by central bank action and the trend toward investing in ETFs. Money is poured into firms’ stocks who are in the S&P 500 regardless of performance. The only hurdle is staying in the index. The current scenario of low inflation created by weak commodity prices has created a great environment for stocks as multiples have soared. But that may all be changing with central banks set to unwind their balance sheets.