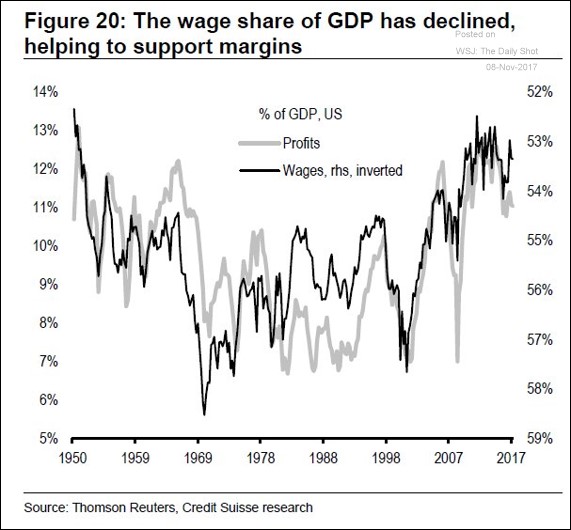 The problem with macroeconomic analysis is when economists make broad statements about the economy. The reason this is not practical is because the economy is a complex system and is constantly changing. The job of the Federal Reserve is to make policy decisions for the whole economy which is a terrible mindset to start with because many industries are influenced by different inputs differently and efficiency and effectiveness immediately goes out the window. With an infinite number of data points not only is it impractical but counter productive for one organization, namely the Federal Reserve, to set monetary policy based on an aggregated broad metric. Therefore when the Federal Reserve attempts to make policy and uses the Fed funds rate as a tool to control the interest preference of investors, it distorts the landscape which only ultimately results in mismanagement. Stakeholders, whether they are owners, managers, customer or investors all know how to better manage their affairs. Those that do not, will simply be out of business. Free choice is just a more effective means of price discovery.

As mentioned, every industry has its own data, catalysts, inputs and outputs that are never aligned in the same direction. This infographic below shows productivity changes in various industries over the past few decades. 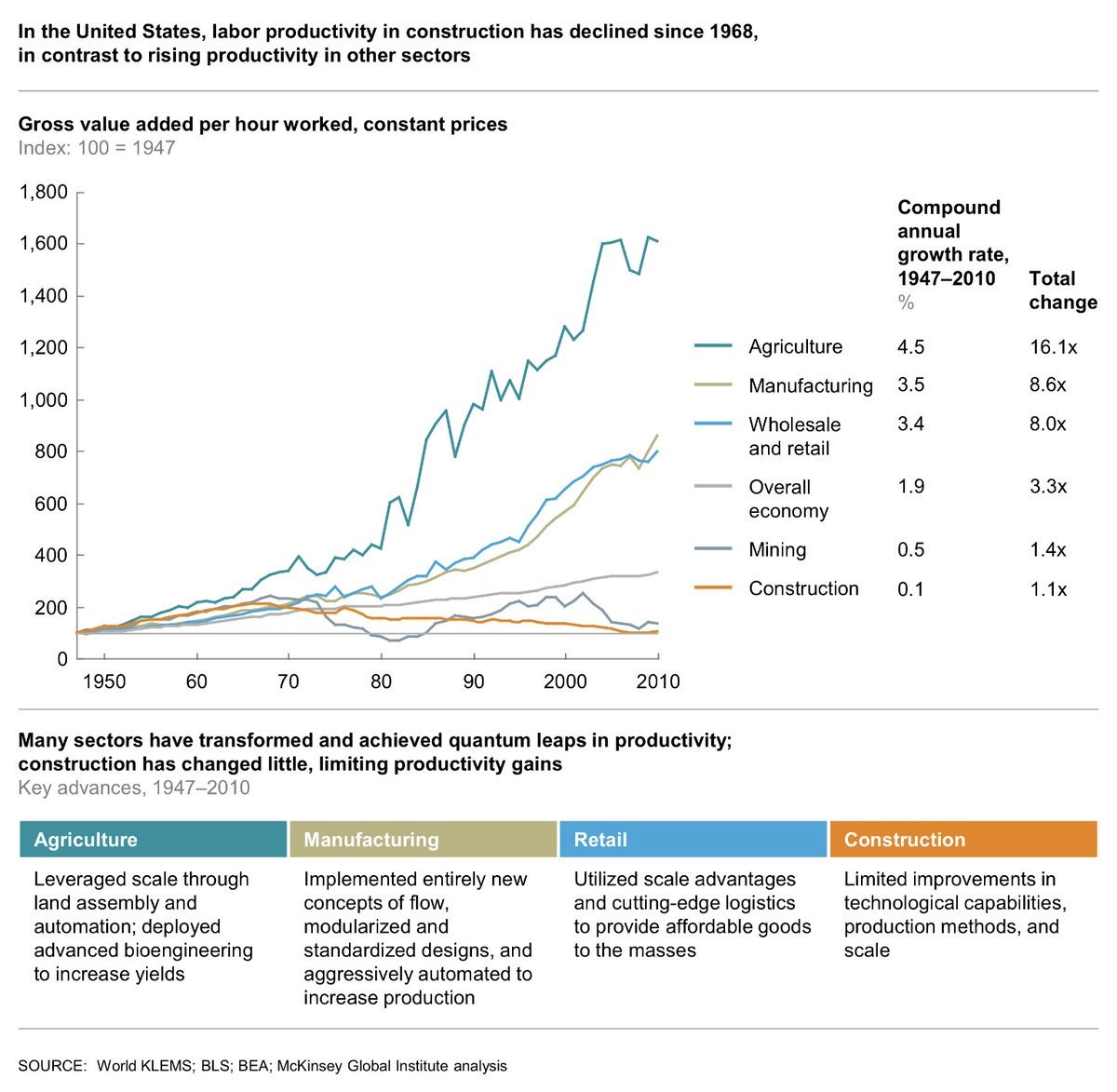 The wholesale and retail sector has seen a 3.4% compound annual growth rate in productivity which has led to an 8X change in productivity. This has been catalyzed by the advancements in logistics by companies such as UPS and FedEx as well as Amazon. The agriculture sector has done the best as it had a 4.5% annual growth rate because of automation and genetic engineering. On the other hand, the construction industry has only seen a 0.1% compound annual productivity growth rate.

The construction industry might be ripe for innovation. There are tests being done on portable manufactured homes which are built at a plant and delivered to a location where the person wants to live. The houses are able to expand and collapse for portability when shipping. This type of advancement would allow for less work necessary on the work site. You can think of these industry changes as coming in phases. The agricultural advancement has resulted in food being easier to produce and less costly over decades which has allowed for a higher population. Innovation in the housing market could make owning a home affordable again, without having to live in a tiny house.

The chart below has a much shorter term time horizon, but it still shows that housing has gotten expensive recently as it is now a sellers’ market in the U.S. 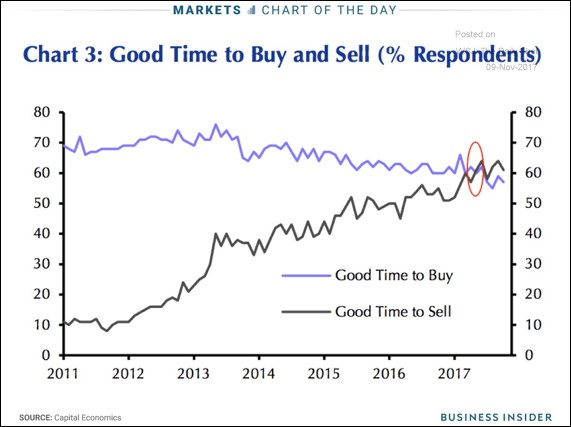 As with any technological advancement, there needs to be demand for the product. Increasing house prices might boost innovation in the expandable house market.

Is Wage Growth The Problem?

We showed the changes in productivity growth because productivity growth is what drives wage growth. Businesses can’t pay workers a higher salary if they don’t produce more. The big innovations, like expandable houses, decrease the amount of jobs, create higher paying jobs, and lower prices substantially for consumers. One of the common discussions around wage growth is why hasn’t the compensation per hour been able to match the growth seen in real output over the past few decades. As you can see, this divergence started in the 1980s and has expanded in the past few decades.

The chart below explains the divergence.

The Deflators Make The Difference

The real wage deflator has grown much faster than the non-farm business sector price deflator. In other words, the inflation rate used to calculate real wages is higher than the inflation rate used to calculate the real business sector prices. Prices of goods and services have gone up faster for consumers than they have gone up for businesses. This is because goods produced for businesses are valued on global markets. They can be produced offshore at lower prices. On the other hand, some goods consumed by individuals need to be made locally. They aren’t tradable globally. These sectors are shelter, medical care, and education. This gets us back to the point we discussed earlier. There hasn’t been much innovation in construction. The expandable house can be part of the solution to real wage growth as it lowers the shelter inflation seen by consumers. It’s a technological device, meaning it could go down in price like other consumer products.

To be clear, when you use the correct deflator, there is still a divergence starting in 2000, but it’s much smaller than the one seen in the chart which compares compensation growth to output growth.

We looked at the real wages in comparison to real compensation and concluded that the reason wages aren’t growing fast enough is because the deflator is higher for consumer goods than it is for business goods. This allows us to properly analyze the chart below. As you can see, the chart compares the amount of wages earned as a percent of GDP to the profitability of firms.

This chart makes it look like corporations are being greedy by not giving fair wages to consumers, thus increasing their margins at the expense of the worker. When combined with the stats showing how unionization has declined, the socialists are ready to revolt as they think the American worker is getting stiffed. However, this socialist mantra of dividing up the wealth so everyone gets their fair share is incorrect, especially when it comes to wages and profits. Profit growth has been helped by globalization and technological innovation. This reduces businesses costs. The cost cutting programs that most multinationals run occur by implementing new technology. This technology decreases the number of workers needed and raises their pay, thus low skilled workers get hurt, but higher skilled workers thrive in such an environment. As we pointed out earlier, the US doesn’t have enough skilled labor. Other companies offshoring furthers the suppression of wages for workers. Unions can’t help if the jobs are moved offshore. If anything, asking for a higher wage encourages jobs to be moved since the labor cost is higher.

It’s important to recognize, that if real wage growth were occurring, few workers would be complaining about their earnings. This is where the price of shelter, education, and healthcare come in. The solution to getting workers a better standard of living is lowering those costs instead of penalizing profitable firms. The problem is that education demand has been increasing as technology and offshoring encourages unskilled workers to acquire  new skills. Redistributing the wealth won’t solve the wage growth problem. Instead we need more capitalism, not managed economics by monopolies, to help lower the prices of consumer goods.

Technological advancement increases the standard of living without hurting profit margins however it requires workers to constantly improve their skills as the economy changes. The cost of technological advancement in the housing market is construction jobs will be lost as a result however housing will become more affordable for consumers. There are always pros and cons to analyzing any industry. Applying a broad policy solution to any industry only creates imbalances that hurts both jobs and standard of living. With a higher standard of living, comes a higher demand for skilled labor, something that the US currently is in short supply of. Let’s face it, the real problem isn’t corporate profit margins, but increasing inflation. While there are multiple measures of inflation, the key component is the currency itself and the organization that is the manager of that currency. History suggests that as inflation increases, the best investment is to hold money, not currency.