Effects Of US Skills Gap 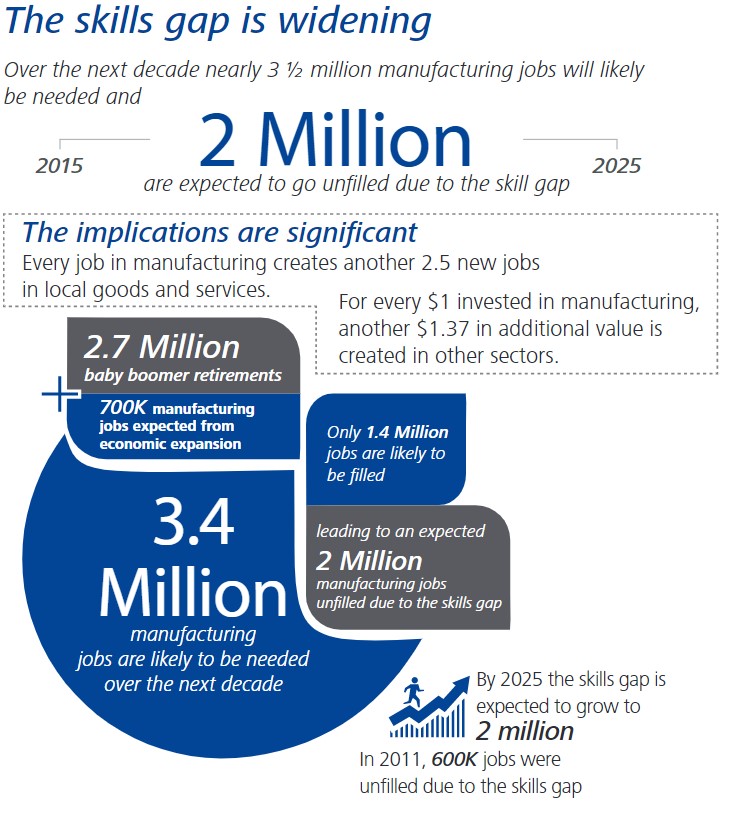 One of the most critical questions politicians, economists and most importantly the workforce itself are concerned with is the lack of wage growth. As you can see from the chart below, the labor market seems to be tight according to the jobless claims to labor force ratio.

Despite the lowest jobless claims to labor force ratio ever, the wage growth is lower than the previous two business cycles. The Fed is making policy based on anticipated wage growth in the second half of 2017. It has plans to raise rates 3 times in 2017 despite declines in the core inflation rate. One factor which is an inherent problem with a top down policy that the Fed has is the labor market is much more dynamic than the green line in the chart above leads on. Median or average wage growth doesn’t show the big differences among sectors. The argument against the Fed setting interest rates is it can’t accurately assess the supply and demand factors for the labor market in each industry.

The decline in wage growth this cycle has been caused by the decline in labor productivity growth seen in the BLS chart below. 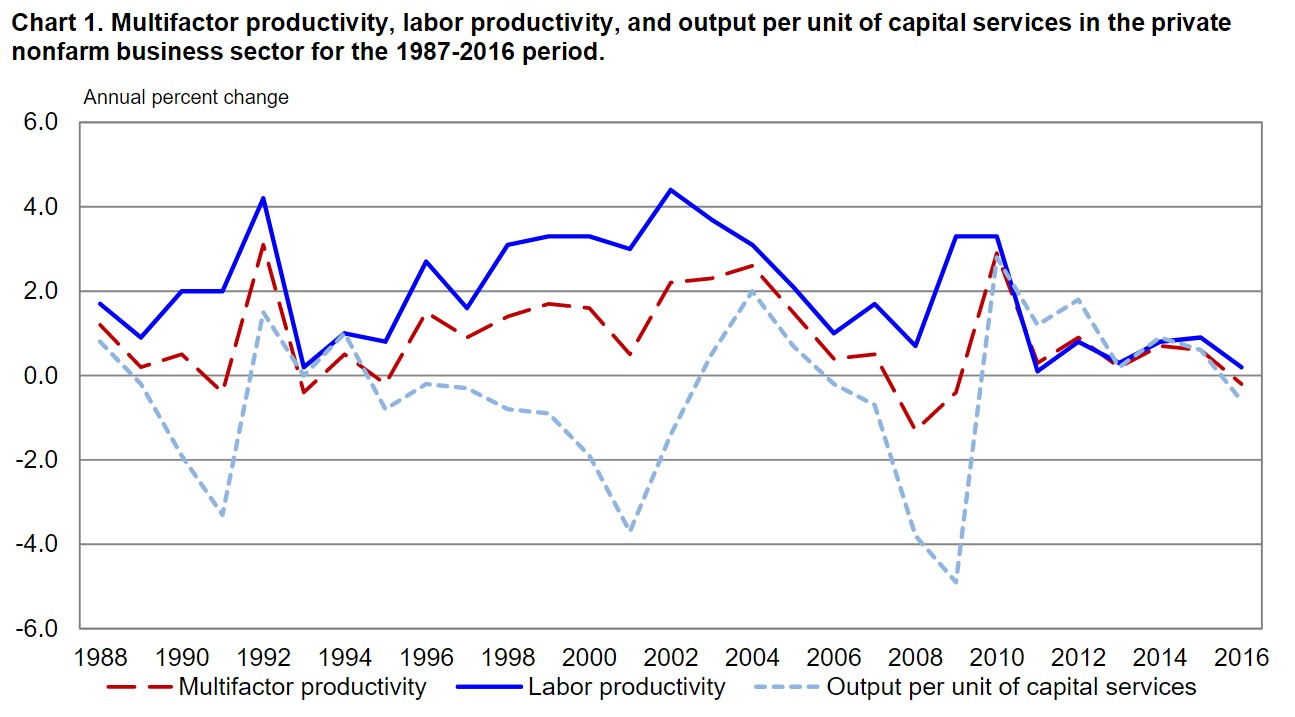 The decline in output productivity explains the lowered fixed private investment growth seen in the chart below.

In the 1990s the growth in private fixed investment was consistently in the high single digits while the growth has been lower for most of this cycle. The labor productivity and fixed investment growth are also related. If businesses aren’t investing in capex, they won’t create the innovations necessary to make workers more productive.

Businesses act in their self-interest to generate as much profits as possible, so there must be a reason for their decision to keep a record $1.5 trillion in cash on their balance sheets. As you can see in the chart below, while margins are up, return on invested capital is down. The sales to invested capital ratio determines how much capital it takes to drive sales. The low ratio implies firms aren’t getting a good bang for their buck. 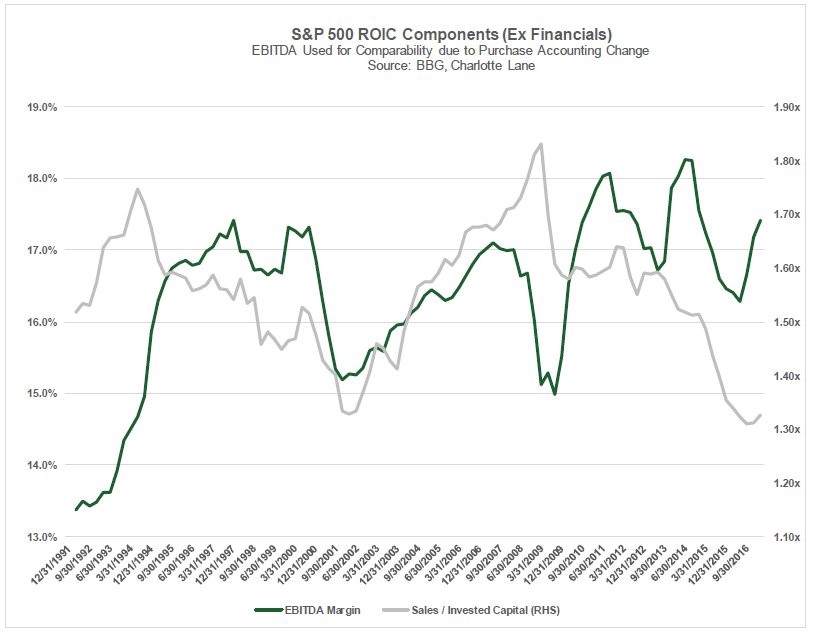 As was mentioned in the beginning of this post, the dynamics of the labor market vary. Some industries have a tight labor market and others aren’t generating enough new jobs. One of the reasons for the weakness in productivity growth and wage growth is the skills gap. The skills gap is the difference between what skills people in the labor force have and what skills employers need from potential workers. People aren’t qualified for the jobs companies need to fill. Evidence of the emerging skills gap can be seen in the chart below. 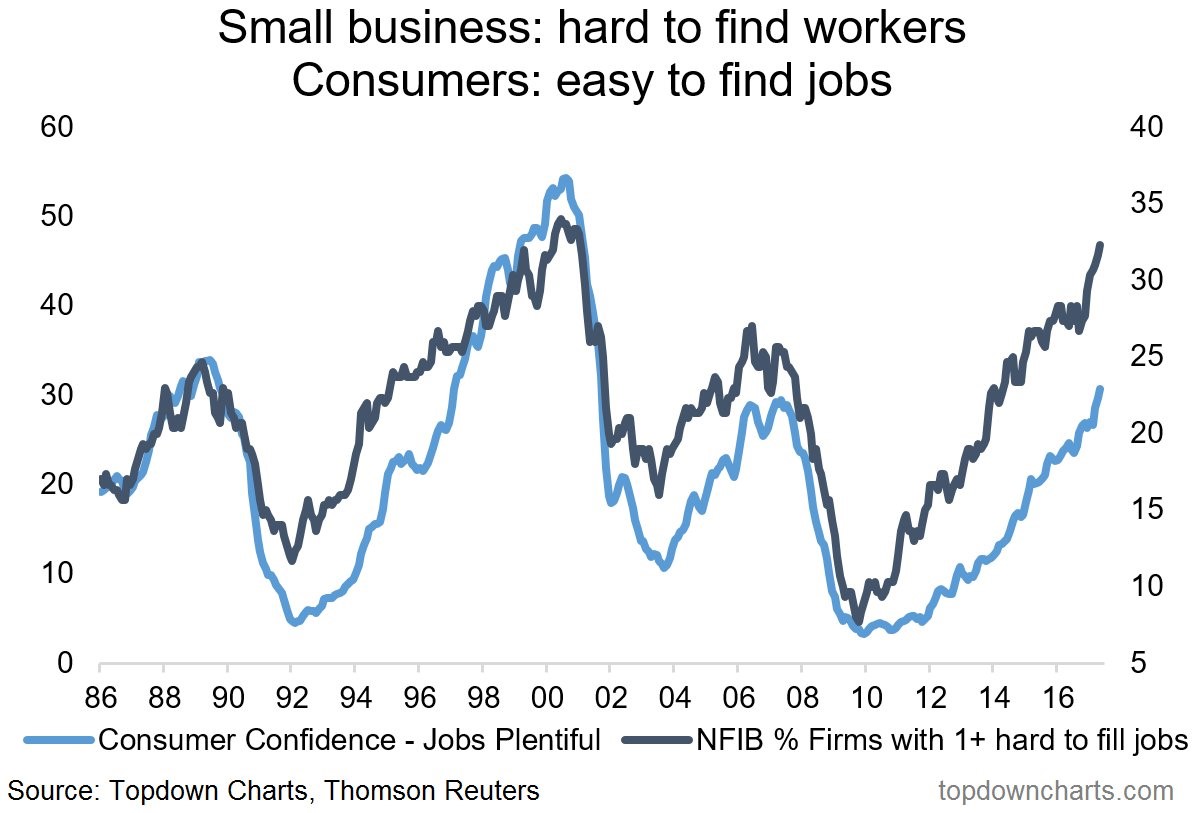 Jobs Are Easy To Find If You Have The Right Skills

This skills gap is also seen in the latest Job Openings and Labor Turnover Survey (JOLTS). The chart below shows the job openings and hiring statistics. 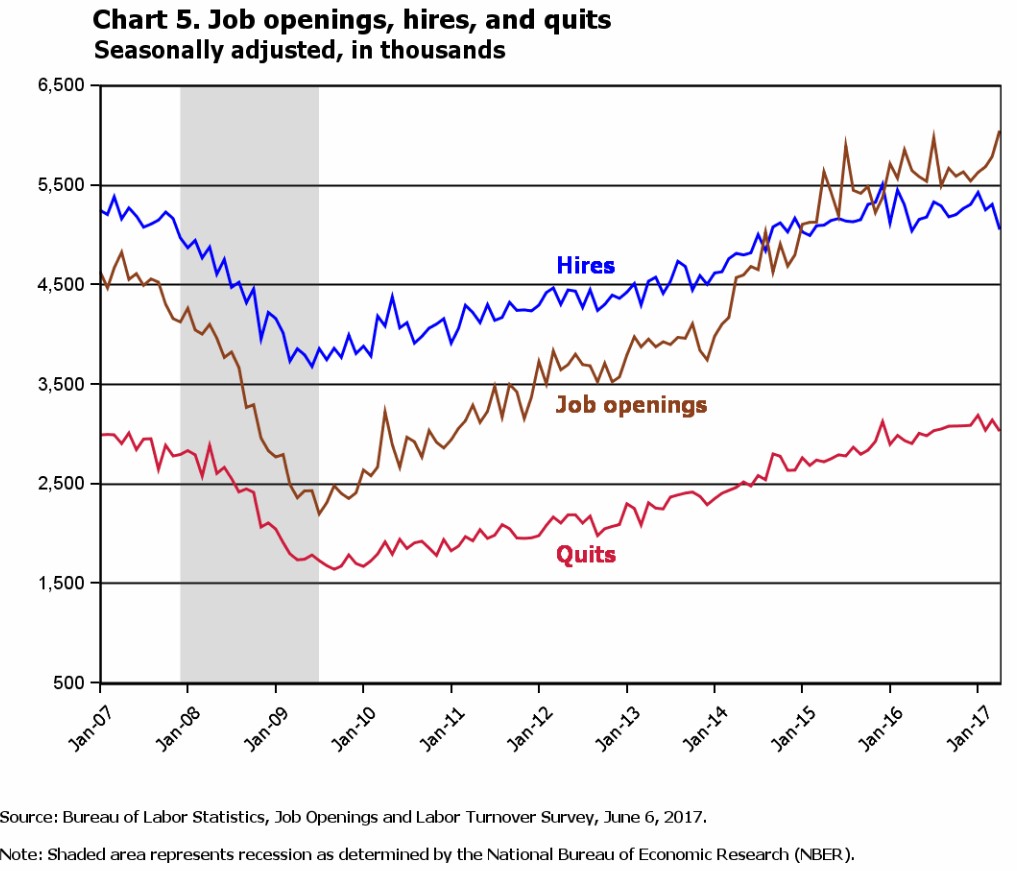 Job Openings Are High While Hires Are Stagnating

The number of workers being hired in the past few months has stagnated even though the job openings continue to rise. Employers want to hire workers who would probably see wage growth gains, but they don’t hire them because the candidates aren’t available. Labor productivity among these potential workers would likely be higher than the general population as they have the proper skills to get the innovations implemented that firms desire.

One of the industries where the skills gap is widening is the manufacturing industry, demanding workers with computer science and engineering degrees. As you can see from the infographic below, the skills gap is expected to be 2 million workers by 2025.

The Skills Gap Is Expanding

Millennials aren’t replacing the baby boomers fast enough in this industry as 2.7 million baby boomers will retire from 2015 to 2025. It takes on average 94 days to fill jobs for researchers, scientists, and engineers. The two reasons for this problem are because of the lack of STEM (science, technology, engineering, and math) workers and misconceptions about manufacturing. 61% of teenagers believe a manufacturing career involves a “dirty, dangerous place that requires little thinking or skill from its workers and offers minimal opportunity for personal growth or career advancement.”

The chart below shows manufacturing is already seeing difficulties as real output is barely growing.

The industry growth has slowed compared to the 1990s and 2000s. The traditional thinking is manufacturing is an obsolete sector which requires repetitive activity, but high skilled workers need to fill these new jobs. The retail sector is undergoing dramatic changes as brick and mortar stores are closing. Workers in this industry would be better served training to get jobs in manufacturing. If they don’t, the economy will sputter. One of the deterring factors for getting a degree in STEM is the expensive cost of college. To combat these rising costs, the government should get out of the business of guaranteeing loans to student. We have an article about solving the student loan bubble here.

The takeaway from this article is that if you need a job, the industry to get into is manufacturing despite the misconception that it’s a dying industry with no prospects. Secondly, the the skills gap is preventing wage growth and productivity improvements across the sector hence delaying what the Federal Reserve has been looking for in its core PCE, namely increasing price inflation. Finally, as an investor it’s best to know which trends need to be changed to grow the economy. If you see improvements in the number of students getting engineering degrees, make your outlook on the economy more optimistic. If you see no improvements, it makes sense to be negative on long term future growth prospects.