Will There Be A Mean Revision In Margins? 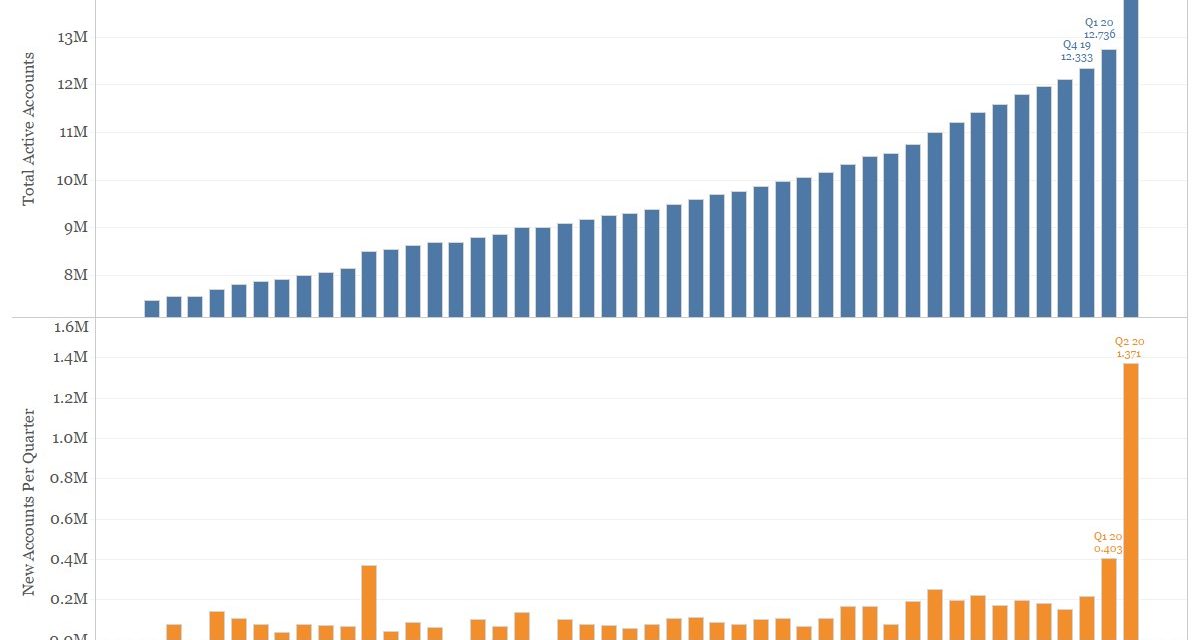 The ‘long term’ is relative. A trader can think 5 minutes is the long term, while someone else can think 15 years is the long term. In our Twitter poll, 49.6% of 113 voters said the long term is about 5 years for investments (26.5% said 10 years or more). Time horizons make markets. They explain why someone would take profits after a great earnings report even though it means great things for the future of the business. It’s very important to be honest with yourself about your time horizon and stick with it for the most part. Don’t turn trades into investments just because you want to get back to even. Don’t react to daily movements in the stock price if you are a long term investor.

Every rule has exceptions, but the key is to always stay true to yourself. If you react to the price action emotionally instead of sticking with your original thesis, there’s no point in even making a thesis. Many investors don’t sell their favorite businesses even when they become overvalued because they believe they won’t be able to find a replacement. Others would be fine with replacing an expensive great stock with a mediocre cheap one. It’s all a matter of style.

The graphic above shows how time horizons change what investors should look at. If they are trading over a few days or weeks, sentiment matters. Year to year performance depends on multiples. This isn’t always true though because the multi-decade long decline in rates has caused long term multiple expansion.

When investing for a few years, cycles matter. If you have a time horizon of a few years, you want to avoid recessions because they can wipe away a few years worth of gains. When investing for 5-10 years, returns on incremental invested capital matter the most. There needs to be a balance of high returns and decent sized opportunities. It’s no good if high returns are rare. When investing over a decade, culture matters because the fundamental business can change. However, culture also matters in the short term if there is a major scandal. Culture involves both ethics and a mentality of thinking long term.

Bearish investors have been calling for a decline in margins for years. They are referring to a long term mean reversion, not a short term cyclical decline like we are seeing now. In Q2, FactSet shows the blended net profit margin is expected to be 7.1% which is down from 9.3% in Q1 and 10.9% in Q4 2019. That would be the lowest net margin since Q4 2009 which was 6.8%. Long term margin expansion has been driven by a shift towards sectors with high margins. Software has eaten the world because it has high margins. This weighting shift in the indexes is the same reason why the stock market has a higher PE multiple. Specific companies didn’t become more expensive (up until recently). Instead, the ‘expensive’ high margin companies got bigger.

The chart above exemplifies this point on margin weighting. It shows the same store margin ratio which is the margins for the same companies. Only 1.5 points of the margin expansion in the past 30 years came from the same companies having higher margins. That makes higher margins more sustainable. You need to believe software margins will fall for overall margins to fall. That’s not an impossible feat. The more capital chases this industry, the more competition there will be. Competition hurts margins. High margins are unlikely to last forever in any business if it attracts enough capital. Generally, high margin businesses generate a lot of competition. That’s the catch to investing in great businesses.

Margins were also helped 1.2 points by lower taxes and 1 point by lower interest rates. Therefore, low rates raise margins and raise valuations. They have been a boon for stocks over the past few decades. Some would say almost every investor relies on low rates to some extent. Growth stocks have outperformed value stocks in the past few years; if you want to hedge the bet everyone is implicitly making, go long energy and bank stocks. You can also go long commodities. Many investors not focused on macro don’t even realize they are making a bet on low rates. Others think the Fed will always bail them out which is a dangerous game. Markets where no one sees risk are the riskiest.

Retail Traders Are All In

No one would believe it if someone told you 8 months ago that there would be a global recession brought about by a pandemic and one of the biggest responses everyday people had was to speculate on individual stocks and options. Even at the end of a great bull market in a 10 year expansion, there wasn’t as much speculation as there is now.

The craze where retail traders were buying bankrupt companies is over, but retail traders are still in the market. Charles Schwab just reported earnings. As you can see, they had an astounding 1.371 million new accounts opened in Q2 which is over 6 times the number of accounts opened in Q4 2019. Back in Q4 2019, many bears were worried about excess speculation in the market. That was a very fair concern, but retail investors weren’t involved.

Many people believed the movement towards index funds was the sign of excess. That is of minimal concern compared to this 10.8% increase in accounts at Charles Schwab in one quarter. Robinhood likely added even more accounts than this. It seems like most of the retail traders who would have made an account, already did in Q2. That’s because people invested because of the stimulus checks and the big market decline. The checks are gone for now and the dip has been almost fully reversed.

Time horizon determines what you should look at when investing. Don’t change your process because of near term price action. Margins increased mostly because software companies became larger. That increase might not be permanent as software gets more competitive. Retail traders are all in. If you use that as a reverse indicator, now would be a great time to be bearish.