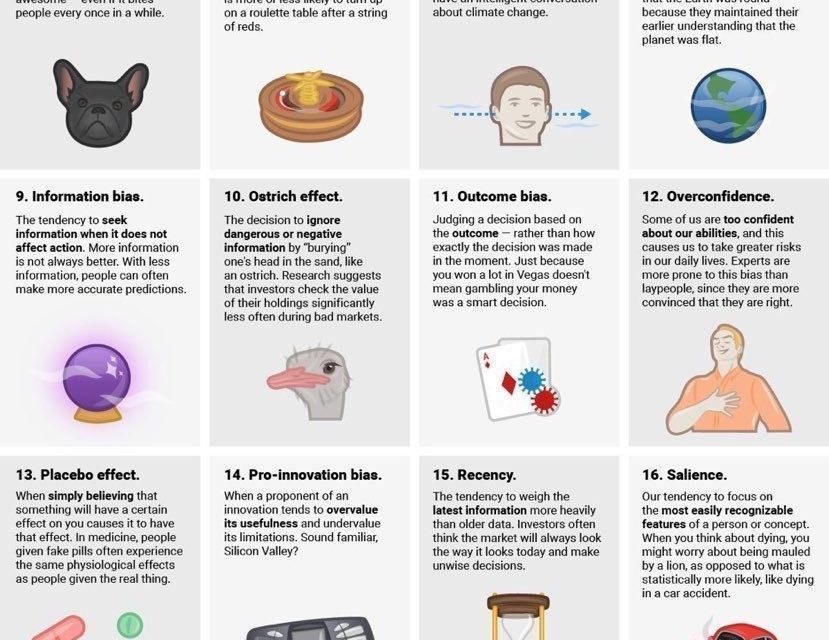 If you aren’t an experienced investor or one that studies history, you will easily get swept up by the cycle. It’s almost impossible not to get swept up by the rally in the big internet stocks which has accelerated this year. Paul Singer stated, “As a runaway bull market persists, its relentless vacuum cleaner eventually sucks everyone in. Investors who are skeptical about the perceived overvaluation are forced to watch as their career prospects melt down and security prices melt up.”

Professional investors simply must own some of the big internet and cloud stocks. Usually, towards the end of extreme bull runs, the hottest stocks become the only ones that go up (the market gets bad breadth). The investors who resist will lose their jobs. The investors who have relentlessly bought every single dip in these stocks control the market. As an individual, you have a huge leg up on the professionals (even though they have access to the best information) because you have no clients to impress.

Gaining the proper temperament is critical to being a great investor. For example, not doing anything can be just as important as doing something. Great investments require you to hold them for years without doing anything. It can be very boring to stick with a great company especially if you watch the market every day. It’s harder for a professional since that’s their job. You can work at your day job and get a hobby once you’ve found a winning position. Obviously, you must continually read up on it, but there’s no need to overanalyze the situation.

Secondly, going against the popular opinion is difficult. It takes great discipline. You can’t be a contrarian just to be one. You need to stick with your principles and only go against the grain when the market is acting fallaciously. In other words, you stay neutral while the market swings incessantly. Beginners try to go against every single trend which is a huge mistake. Don’t act as if a trend will reverse just because you discovered it.

The Pros Have A Disadvantage

Professional investors can’t hold a lot of cash because it’s their job to invest it. However, sometimes cash is advantageous. Generally, it doesn’t make sense to have a lot of cash in an investment portfolio, but in the rare circumstances where cash is important, it can provide massive opportunities. There have been great opportunities to quickly multiply investments in each bear market.

Professionals herd into the same stocks. There are stocks called hedge fund hotels. These are popular high performing stocks that money managers pile into. Managers say they have done the research, but ultimately, they bought because the stock was going up. Paul Singer went on to say, “New rationalizations, disguised as rationales, enter the higher levels of discourse to justify jumping, or creeping, onto the asset-price train despite disdaining it when it was dozens of percentage points lower.” Money managers and analysts have unlimited access to information. It’s extremely easy to come up with a reason to own a stock. Obviously, you don’t want to justify a position that doesn’t make sense. You want to avoid justifications that ignore the sober reality.

There are almost always mistakenly valued stocks. This is the exact opposite of the efficient market hypothesis. It’s actually rare for most stocks to be fairly valued. In the present, it’s always an opinion as to whether each stock is fairly valued, but we can look back to prove there were extreme mistakes such as the housing bubble in the mid 2000s. Sometimes sharp movements in assets occur because of unpredictable events, but other times the dislocations occur because of extreme sentiment swings. There are constantly extreme mistakes. Their size matters. For example, the fracking bubble in the 2010s didn’t take the economy down; the housing bubble did because a house is a person’s most valuable asset.

If there is a bubble in the big internet stocks, this is a huge deal for the market because they have gotten so large. The top 6 stocks in the Nasdaq are 49% of the index. The other half is the other 3,294 firms. In theory, if those large firms fell 50%, they’d take the Nasdaq down 25%. The Nasdaq would fall more in that extreme example because the other momentum/tech stocks would fall with them. As you can see from the chart below, while the big internet stocks might not be cut in half, the Nasdaq fear and greed index is showing higher greed than it did in the late 1990s tech bubble.

The large internet stocks have done so well that some are claiming them to be so safe that they are the new consumer staples stocks. As we mentioned, anyone can come up with any reason to justify any price action. The concept of us not being able to live without the big internet companies doesn’t justify unlimited valuations. Being needed doesn’t mean they are safe stocks like the staples.

Generally, the exact moment when risk is ignored because the investment is deemed safe by the market is the time the asset becomes risky. The concept of a ‘new paradigm’ usually comes up closer to the end of rallies than the beginning. As you can see in the chart above, the ‘new normal’ for software multiples has gone parabolic. In the 2000s besides the housing bubble, there was a commodities bubble in fertilizer and oil. The bull market was based on a ‘new paradigm’ in which China would demand virtually unlimited meat and energy. These ‘new paradigms’ are based in truth, but the valuations get absurd. Thus, ending the rally.

The graphic below shows 20 common biases. Investment managers are ignoring survivorship bias when they assume each new cloud stock will be the next Microsoft. Which other biases are investors exhibiting now? Which ones do you struggle with?

There is some extreme optimism in the big internet stocks and the cloud stocks in general. That doesn’t mean a top is near. In fact, if this is a true bubble, the worst thing to do is to try to bet against it because the closer we are to a top, the more extreme the rally will get. If you are even a few weeks off, a short position can be a huge mistake. This article’s goal is to explain how bubbles form even though there are so many smart people investing. Human emotions never change from cycle to cycle.