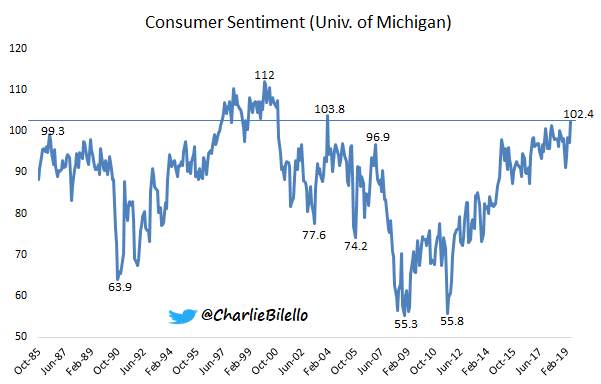 While President Trump delayed the global auto tariffs, the situation with China isn’t as good. As we mentioned in a previous article, China is tough to deal with because of the intellectual property dispute. This is about bringing China onto a level playing field with America after decades of being an emerging market. Based on GDP per capita, China isn’t a developed economy, but its huge population makes it the powerhouse of global growth.

Because of Trump’s new effort to negotiate with China in a very public way it makes it seem like this is an easy deal and that these are new problems. The reality is this is a massive clash that has been coming for years. It has the potential to radically reshape China in the next decades. Actually crafting a deal is tough and getting China to agree to it is tougher. Finally, getting China to maintain its promise for years to come is extremely difficult. America couldn’t even get China to stick to what it originally promised earlier in the negotiations.

Some might say the goal of getting a comprehensive deal is too great to achieve. It seems that way now as China recently backed out of negotiations. A former Chinese commerce ministry official and diplomat stated, “If the U.S. doesn’t make concessions in key issues, there is little point for China to resume talks. China’s stance has become more hardline and it’s in no rush for a deal” because the U.S. approach is extremely repellent and China has no illusions about U.S. sincerity.”

The Trade War Is A Tax Hike

Tariffs are tax hikes on the consumer. To be clear, they are negotiation tactics rather than a long term policies (we hope). We aren’t necessarily criticizing these tactics because we don’t know if they will work. We only know the negotiations aren’t going well and the U.S. consumer is about to be faced with a $400 per household tax hike. As you can see from the chart below, for middle income Americans most of the benefit from the tax cut will be taken away once the 25% tax rate on $200 billion in goods is implemented. If all Chinese goods are taxed at a 25% rate, it would be like a full repeal of the Tax Cuts and Jobs Act for middle income Americans.

Even though America and China are the biggest economies in the world, their global value chain participation rates are relatively low. The countries on the left side of the chart below will see their economies hurt the most by America’s tech war with China.

The latest news on this front is America added Huawei to the Commerce Department’s entity list. This blacklisting of Huawei made it so that the company can’t buy American made parts and components. Because blacklisting Huawei will have such a severe impact on American firms, the government is trying to scale this back a bit by offering a temporary general license to let Huawei service its existing customers. Parts of Wyoming and Oregon will be able to use this license to get internet access. In 2018, Huawei spent $11 billion on components from American companies such as Intel, Qualcomm, and Micron.

The May preliminary consumer confidence reading, which was the best since January 2004, shows us what could have happened to the economy and retail sales if there weren’t new tariffs just added. As you can see in the chart below, the index increased from 97.2 to 102.4 which beat the consensus of 97.5 by a mile.

This report isn’t that great because the results would have been worse if all the data was collected after the tariff news came out. If the expectations reading exclusively included the respondents who negatively mentioned tariffs, it would have been 25 points lower. People in the know are negative. They don’t want to pay higher prices. Only 16% of respondents mentioned tariffs as an important issue, but the rate increased at the end of the survey. The mentions of tariffs peaked in July at 35%.

1 year and 5 year inflation expectations both increased 0.3% to 2.8% and 2.3%. 1 year estimates are at a 6 month high. Those who held negative views of the tariffs expected 1 year inflation to be 0.6% higher. As you can see from the chart below, Oxford Economics has a different take than consumers. It shows that the net effect of the 25% tax rate on $200 billion in goods on 2020 core PCE inflation will be negligible because economic growth will be hurt.

This supports the thesis that the Fed will react to tariffs by cutting rates. It’s too early to say for sure what the Fed will do, but if tariffs stay in place long enough, cuts are likely. Cuts are already likely now. As you can see from the chart below, the Fed funds futures indicate an 86% chance of a cut by the October meeting. By the December 2020, meeting, the market sees rates at 1.825%. They are now between 2.25% and 2.5%.

The trade war is about to have a significant effect on the consumer and economic growth. That increases the chances of a Fed rate cut this year. The latest news on trade is China isn’t ready to negotiate with America. If no further negotiations happen this month, the Chinese tax on $60 billion in American goods will go into effect on June 1st. The next risk in this dispute is for Trump to tax all the goods coming from China at a 25% rate. That could be announced in a few months if there isn’t progress on a deal.