Is 7% Of GDP Fiscal Lifeline Enough? 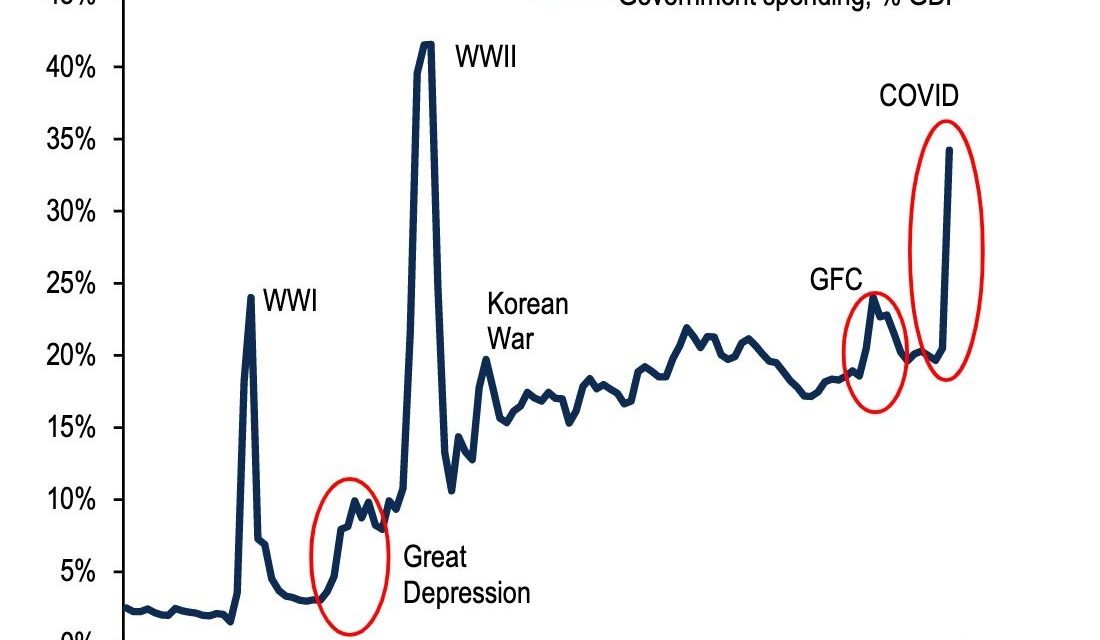 There is a saying on Wall Street that goes “never fight the Fed.” In practice, you should never say never as sometimes it pays to go against the Fed. We think the theory behind that saying is to avoid making going against the Fed your principle thesis. Easy monetary policy helps risk assets and tight policy hurts them. Surely, you wouldn’t want to sell risk assets because of rate cuts and buy them because of hikes. The situation gets dicier with QE as its effects on markets are more complicated than meets the surface. The Fed’s repo operations probably had a lesser impact on risk assets as it had to do with the plumbing of the markets. On the other hand, the Fed’s latest decision to buy corporate bonds probably is having the most impact on risk assets compared to any other change in the balance sheet size.

The LQD investment grade corporate bond ETF has taken in $9.3 billion in net flows since the Fed’s announcement on March 23rd that it would buy corporate debt. It has been the beneficiary of the Fed’s policy both through actions and investors trying to front run the action. The LQD has had 33% organic asset under management growth which is double any other ETF and 20 times that of any other investment grade ETF.

The HYG, which is a high yield ETF, could be next to see large inflows because of the Fed’s latest policy to buy the debt of fallen angels. The HYG index is up 18.78% since March 23rd. Since the Fed can only buy 20% of each corporate bond ETF, the table above shows how much it can buy of each one. That adds up to $26 billion. However, the Fed might be sticking with LQD for investment grade; it won’t be going fully into junk bonds because it can only buy fallen angels.

Big Short: Fed Versus The Market

With that in mind, it’s interesting to see the huge spike in bearish bets on the HYG as traders are somewhat fighting the Fed. The short interest in the HYG is near the peak in February. 38% of the float is short which is 1% below the record peak in February. The argument for shorting the HYG is that the Fed won’t be buying all high yield debt and oil prices are very low. WTI in the low $20s will keep the flow of energy bankruptcies coming. The fact that traders are heavily shorting junk bonds even though the Fed is buying some supports our point that the free market didn’t die because of the Fed’s latest clarification. If the Fed was using its full power to buy all junk bonds, we wouldn’t see anyone shorting high yield debt. We also wouldn’t see any bankruptcies which would be the equivalent of propping up zombie companies.

The Biggest Stimulus Of Them All

The economy faced a big issue this spring which wasn’t talked about much because COVID-19 controlled the news. The problem was the dollar was too high. The strong dollar hurts emerging markets and US exports. The fact that the economy needed a fiscal and monetary stimulus meant that they served a dual purpose of knocking down the dollar/putting a ceiling on it and giving the economy a lifeline. Plus, the stimulus lowered economic uncertainty which lowered the fear in markets which was driving the flight to the dollar.

Because of the spike in the dollar and because America has had the most reported COVID-19 cases and deaths, America’s fiscal response needed to be the biggest of them all; it was. As you can see from the chart below, America’s discretionary fiscal easing because of the coronacrisis equated to over 7% of the economy.

This spike in fiscal and monetary policy is unlike anything we have ever seen. It could push the stock market to new heights way before the economy shows significant signs of improvement which might not come until the summer. We won’t qualify a peak in initial jobless claims as economic improvement if they are still above any other period besides the prior few weeks.

This has been the fastest fiscal and monetary response ever. The shutdowns are unprecedented. They are causing an unprecedented response which makes sense because the government is causing the issue. As you can see from the chart below, government spending as a percentage of GDP is the highest ever outside of WWII.

America is at war with COVID-19. You can also see in the chart how little the fiscal response was during the Great Depression. These lifelines from the Fed and Congress are helping prevent another depression.

The biggest trend change in consumer spending in the past couple weeks has been the decline in grocery spending. The hoarding has stopped as the rush to stock up has waned. You don’t need to stock up if you just did. People also are more aware of the amount they need. At first, people were scared so they spent whatever it took. Now they know how much they need and realize the economic ramifications of spending too much as the economy is at a standstill. As you can see from the chart below, in the week of April 11th, discount same store sales growth fell to 9.8% which was down from 17.8% growth in the week of March 21st. It’s no surprise department stores are in the worst shape ever as people have to stay home. Their same store sales are down 26.8%.

Investors are adjacent to fighting the Fed. They are shorting the HYG even though the Fed is buying some junk bonds. They are doing that probably because they are bearish on the junk bonds the Fed isn’t buying. This is the greatest peacetime fiscal stimulus in American history. The hoarding has stopped which is why sales growth at discount stores is down 8%. Department store sales growth is the worst ever. That was the straw that broke the camel’s back causing JC Penny to consider filing for bankruptcy.