Is This The End Of Free Markets? 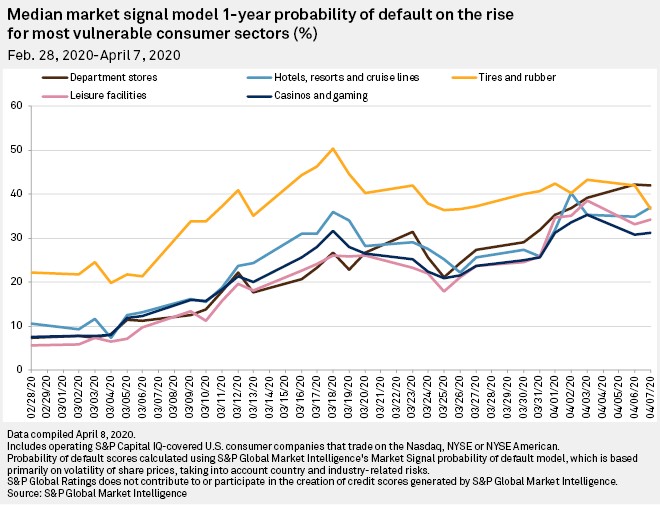 The Fed provided specifics for its recently announced plans. Within the details of the plans, the Fed stated it would be buying some junk bonds. This caused some to proclaim the free markets are dead. To be clear, there weren’t 100% free markets when the Fed announced it would buy corporate debt. This latest clarification isn’t a game changer. It’s a step change in how the Fed will implement its policy in response to the increase in credit downgrades. To be clear, we aren’t supporting or opposing these policies. We’re merely pointing out that a clarification of its previous policy which already made this situation far from a free market doesn’t change everything.

The Fed isn’t buying all junk bonds. It is buying corporate bonds that were at least rated BBB-/Baa3 as of March 22nd and were subsequently downgraded to no lower than BB-/Ba3. Most of the purchases will be of investment grade bonds. This clarification adds in some bonds that slipped through the cracks. You can think of this like if a dividend investor who only invests in dividend paying stocks buys stocks that suspended their dividend because of the coronavirus. That doesn’t change the investor’s outlook; it adjusts for the situation. The Fed is working to help fallen angels rather than all companies that had poor balance sheets before the recession.

The market reacted sharply to this move which makes sense because it opens up the possibility of more action. The HYG ETF rose 6.55%; the Russell 2000 was up 4.62% as this index holds a lot of financials. The KBW regional bank ETF was up 7.91%. This Fed decision further supports the point we have been making for a while which is that the Fed has room to maneuver. The implementation of this will be important as well as the unwind. The Fed took another step towards supporting the financial markets.

Some might be asking why the Fed is implementing further easing when it appears financial conditions are improving. There are three possibilities. The first is the Fed thinks the economy isn’t close to recovering in terms of both structurally and with the underlying plumbing (liquidity). That’s possible since the shutdowns aren’t even over yet. JP Morgan is projecting Q2 GDP will contract 40% and the unemployment rate will reach 20%. The Fed might want the market to think its updated policy is a bigger deal than it is to get the most bang for its buck. The Fed also might be purposely overdoing policy expansion to make sure markets don’t slip backwards. It’s easier to support a calming market, than to wait for it to slip back into a liquidity panic and start over with new responses. Finally, this could be bad communication. Either the Fed didn’t know it would do this because it didn’t flesh out its ideas or it didn’t properly explain what it planned to do.

Let’s look at what fallen angels have gone through before the Fed’s intervention. Recognize that in this past week, weak balance sheet stocks outperformed strong balance sheet stocks by the most since May 2009. That comes down to the ‘risk on’ trade rewarding the worst performers.

As you can see in the chart above, markets anticipate downgrades before they occur. The ratings agencies aren’t the first to see trouble. About 20 days before the cut, yields spike versus investment grade bonds. The cut is priced in. After the downgrade, spreads tighten versus high yield bonds. That might be because these fallen angels are expected to recover after the catalysts that hurt them abates. This is classic sell the rumor of bad news and buy the negative event. We’ve seen stocks rally on 3 straight massively high jobless claims reports for similar reasoning. The weakness was expected/priced in.

As we mentioned, with the stress in the financial system, many firms have elevated default risk. The chart below shows the median market signal of the 1 year probability of default for the most vulnerable consumer sectors.

Casinos and gaming were once pricing in a mid 30s default probability, but that has come off a bit as their stocks have rallied. There is opportunity to invest in companies that are priced for default even though their risk would normally be considered low if sentiment was better. You want to avoid companies that are actually in trouble and find the ones where it’s easy to see they will survive. The devil is in details. It’s up to you to find these stocks.

Currently, department stores are priced for the worst potential woes as the median 1 year default probability is 42.1%. It’s no surprise tobacco is one of the best as it has a 4.9% default probability. Brewers have a 3% rate and soft drinks have a 1.2% rate. You can categorize this group as sin stocks. People still love to consume tobacco, alcohol, and soft drinks in a pandemic. Household products are also in good shape at 1.5%.

The Fed clarified its corporate debt buying program. It includes some junk bonds that fell through the cracks as fallen angels. This is a step change in monetary policy rather than a wholesale change that ends free markets. There weren’t completely free markets before this decision. Usually, after a fallen angel is downgraded, it outperforms its high yield counterparts. Some consumer industries such as department stores have elevated default risks. Unsurprisingly, the consumer staples industries are still in fine shape. You can find diamonds in the rough in panics as sometimes stocks are priced for default even though it’s unlikely. Or you can invest in poor companies in hopes they will get bailed out without equity dilution. That’s a much riskier strategy.