52% Of Investors See A U-Shaped Recovery 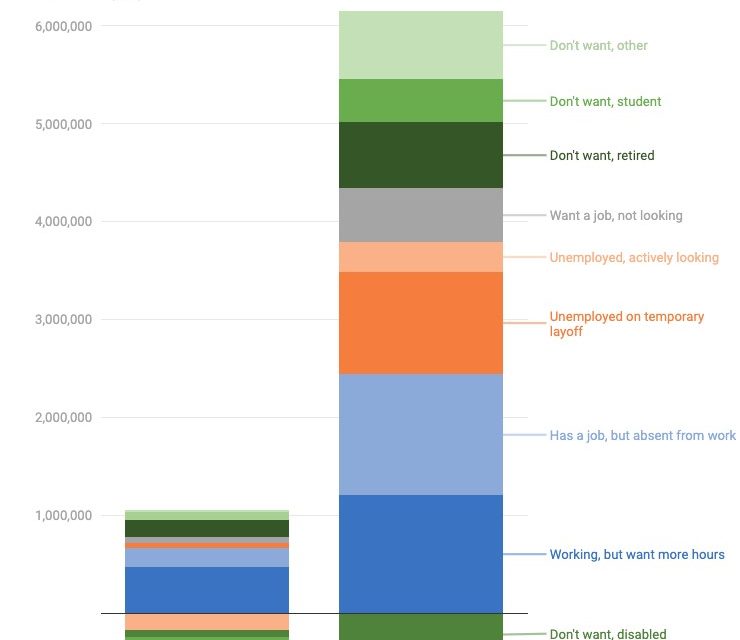 Investors are getting back to the basics by looking at balance sheets. Their reasoning is simple: liquidity is tough to come by. Companies that won’t make it through this recession won’t reap the rewards of the recovery. At the bottom in late March, it was common to see companies that probably weren’t close to bankruptcy, trade as if they were going bust. That’s because at the peak of panic where the economy is being shut down, most firms are at risk. Only the most cash rich firms can survive an elongated shutdown without financial assistance. Near peak euphoria in bull markets, investors don’t care much about valuations. At the trough of bear markets, investors focus on balance sheets. Some stocks are so cheap, the only way they should be valued so low is if they have high bankruptcy risk.

Just a few months ago, investors were most adamantly calling for firms to increase capex. As you can see from the chart below, investors most wanted firms to improve their balance sheets in April.

There was a record high percentage of investors wanting firms to repay debt and top up their pension plans. The reality is firms aren’t repaying debt. They are taking out more debt. They are issuing debt and using their revolving line of credit. The goal is to have the most liquidity as possible to avoid running out of cash before the economic shutdown is over. Management teams must try to make plans as if they won’t get government help just in case it doesn’t come.

It’s interesting that most investors didn’t want buybacks, dividends, or acquisitions before this recession. It would have been smart to avoid them in 2019. Now investors really don’t want them. They are in luck because more companies can’t afford to pay their dividends. The good news for stocks is those wanting cash returned to investors bottomed at the trough in March 2009. This recent decline could be a good signal.

Credit lines spiked because of the loans taken out for liquidity purposes. This is principally lines of credit. Many firms took that out in March in anticipation of the liquidity trap that occurred in late March. It’s possible the tidal wave of loans taken out spooked investors and for good reason. It’s a dire sign to hear companies recommending businesses using their line of credit virtually across the board. Some of these firms might not need the money, but it’s better to be safe than sorry.

What Shape Will It Be?

It’s great to know what investors think the recovery will be like to gauge your opinions versus the market. For example, if you think there will be a depression and investors see an L-shaped recovery, you might not want to sell stocks. L-shaped is the most bearish, U-shaped is middle of the road, and V-shaped is very bullish.

The stock market has rallied, but the economy is in the worst shape since the Great Depression even though this recession has only been going for about 1 month. It has been a sharp downturn. The backbone of the economy, small businesses, will be in bad shape if they don’t get help from the government. The table below shows how long various industries of small firms think they can survive an economic shutdown.

Only 15% of restaurants, bars, and caterers think they can survive the next 6 months. 21% of healthcare firms think they can’t last the next month. 41% of small banks think they will fail if this shutdown lasts another 6 months. That’s why the KBW regional bank ETF has been so volatile.

The labor market is in deeper trouble than the unemployment rate will suggest. That’s saying something because the unemployment rate is predicted to hit 15% this quarter (according to Goldman Sachs). There were 1.4 million more unemployed people in March than February; there were 5.6 million more people reporting any labor market disruption. The chart below breaks down the workers experiencing disruption. 1.2 million people were working, but wanted more hours. About the same amount had a job, but were absent from work.

The number of people who didn’t want a job because they retired and the number who didn’t want a job because they are a student increased from 180,000 and 18,000 to 670,000 and 439,000. That’s not because all these people suddenly got the urge to retire or get a degree. It’s because of the massive disruption caused by the shutdowns. We will delve very deeply into the April report because that one will experience most of the full force of the recession. The March report was terrible, but didn’t include most of the weakness because of its timing.

Balance sheets are being studied as investors wonder which firms can survive an elongated shutdown. C&I lending spiked because many firms utilized their revolving line of credit. Investors believe the economy will have a U-shaped recovery. Many small businesses won’t survive the next few months without government help. The Fed lending program is incredibly important. The unemployment rate is about to spike, but that won’t tell the whole story of the weakness. There is going to be mass disruption in the labor force in the April report.