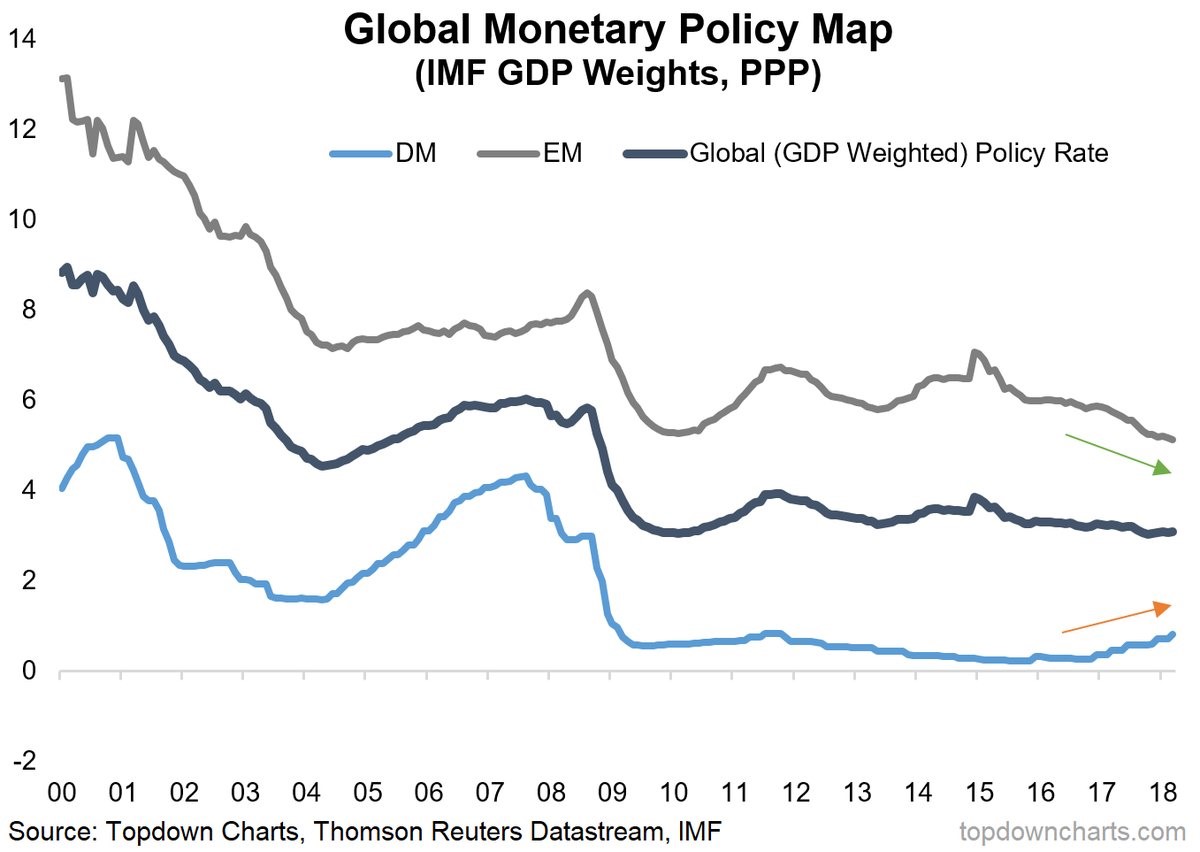 The U.S. economy is entering its 4th economic slowdown of this expansion, which has been relatively weak. To be clear, the economy isn’t close to having two quarters of negative real GDP growth which is the baseline definition of a recession. Four slowdowns in one expansion is an unusually high number. The reason for this is because the expansion is 9 years old making, it the 2nd longest since 1854. It’s reasonable to assert that the slowdowns would be close to recessions if during the strong periods of the expansion the economy was growing at the pace it grew at in the previous few decades.

The CBO’s estimate of 3.3% growth in 2018 is supported by the omnibus spending deal and the tax cuts. That level of growth is considered amazing, but it would be considered low growth in the post WWII period up until the turn of the century. Mentioning the CBO’s estimate is important because most government forecasts are aggressive. The Fed expects 2.7% growth and inflation to meet its 2% target in the next few months which is why it is raising rates at a relatively quick pace for this cycle in 2018. With that said, this hike cycle has been the slowest since 1977.

The rate of change is the slope of a line. If the economy was a perfect sine curve, rate of change would tell us everything about the economy because you would know when the peak and trough will be. However, the economy is much more nuanced than that. As we mentioned, there have been 4 slowdowns in this expansion. Each peak doesn’t tell you if a bear market is coming. It only tells you a correction is more likely to occur. If you are a short term trader, selling any growth peak is obvious because you want to avoid the selloffs. However, if you are a long term investor who is only trying to get conservative before bear markets, you need to determine if the slowdown signifies that a recession is coming. This is difficult because it comes down to when the rate of change becomes less negative and eventually flips to the positive side. With the yield curve positively sloped and no GDP models showing negative growth in Q1, we’ll lean towards expecting this to be a cyclical slowdown rather than a full recession.

The chart below is the economic surprise index which is a rate of change indicator. 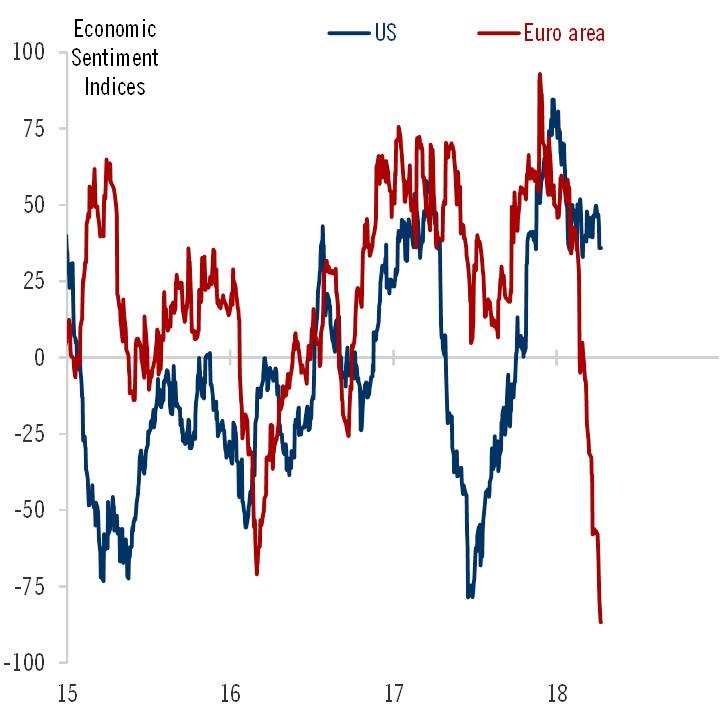 This chart shows the economic data points relative to the average economist’s estimates. A negative index implies more data is missing the consensus than beating it. The U.S. index is declining, but it’s still positive. The European index is falling off a cliff as it is more negative than the U.S. indicator was in the summer of 2017. In late 2017, the U.S. economy was bolstered by the rebuilding efforts after the two major hurricanes hit. No, this doesn’t mean that hurricanes help the economy. To be clear, this doesn’t mean the European economy is cliff diving. One example of how this indicator can be wrong about the severity of a slowdown is how the U.S. index was lower in 2017 than the troughs in 2015 and 2016 even though the economy in 2015 and 2016 was arguably the weakest of this expansion and almost entering a recession while 2017 was a strong year characterized by extremely low volatility. 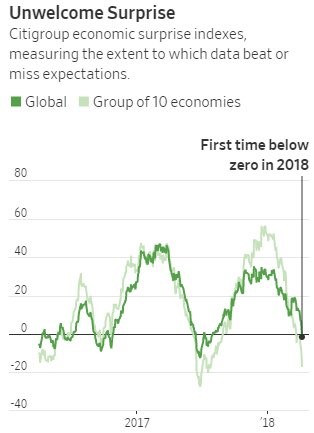 To hammer home the point that these economic surprise indexes don’t mean a global recession is coming, let’s review the chart below. 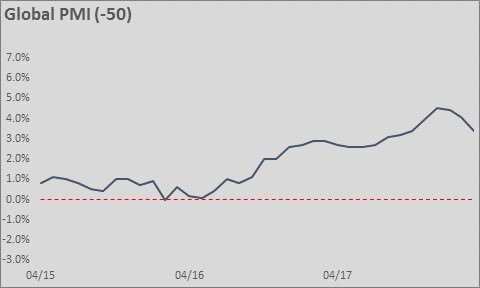 The global PMI is still growing, but it is growing at a diminished pace. The story of a global synchronized economic expansion that was prevalent in 2017 no longer exists. Heading into the year, the number of countries in a recession in 2018 was expected to be the lowest ever. Unfortunately, the only thing that prediction represented was peak optimism rather than nirvana.

The chart below shows the GDP weighted monetary policy rates in developed markets and emerging markets.

The developed world is approaching the late stages of this expansion, while the emerging markets are just starting to recovery from recessions in some cases (Brazil) and weakness in other cases (India). It’s disconcerting to see the surprise indexes so negative for many developed economies because the developed market policy rate has barely increased at all. The ECB is expected to end its QE program this year and start raising rates in 2019. The ECB can certainly delay this hawkish policy by a few months or quarters if the data weakens further. However, it’s not a good sign because this was supposed to be a period where the economy could handle rate hikes and QE tapering. How can the ECB ever get policy back to near normalcy if the economy can’t even survive the tapering along with negative interest rates?

The complete data for Q1 is still outstanding, so we don’t have the finalized GDP growth results yet. With the U.S. economy weakening less than Europe, it’s possible that the fiscal stimulus counteracted the cyclical global slowdown and the relatively hawkish Fed monetary policy. That’s disappointing because the fiscal stimulus was supposed to get GDP growth above 3% and increase wage growth. The potential good news for risk assets could come if the developed central banks respond to this weakness by delaying some of the hawkish policy actions which were expected. The Fed will likely continue the QE unwind, but fewer rates hikes than it initially guided for in 2018 is a possibility.