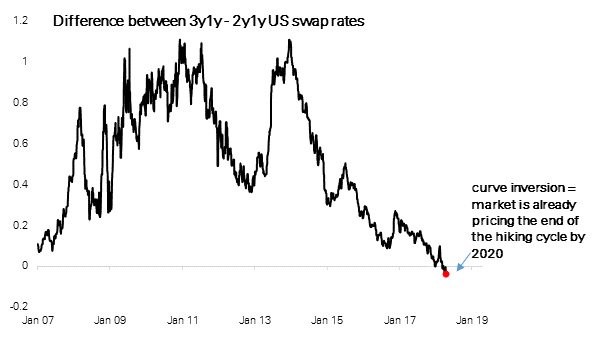 A big question investors are trying to wrap their heads around is why the headlines suddenly matter to equities in 2018. There were geopolitical concerns in 2017, yet stocks were sanguine. This year, negative headlines seem to impact stocks more. There’s no doubt some of the uncertainties could affect stocks in the intermediate term. In that case investors come up with an expected return which is the various levels of impacts multiplied by the probability of them occurring. The point we’re getting at is the reason stocks have responded to negative headlines is because there’s a backdrop of global growth deceleration.

There were fears of a trade war heading into 2017, yet trade and growth beat estimates. This year growth is expected to be high because of the tax cuts and spending plan while there could be a negative impact from tariffs. It looks like the initial economic estimates are being missed in Q1. That’s because the underlying cyclical momentum of the economy, which is now negative, is unheralded. At the same time, the speed of the phase changes (the economy has gone from accelerating to decelerating) is misunderstood as well. By the time the economists were in sync with the prospect of an upturn, it ended. The problem with following the narrative is it is affected by the stock market. If you rely on the narrative, you have a delayed reaction to market movements which doesn’t work. Remember, markets are forward pricing mechanisms, that means once you wake up to the realities of what the market has shown already it might be a good idea to question the narrative.

The Europe 600 STOXX index was down about 2% year to date as of April 17th which means it underperformed the S&P 500 by about 3%. The advanced Q1 GDP reports will be unveiled in the next couple of weeks. They will confirm what the market told investors when it declined earlier this year. In the next couple months, we’ll be looking for either a rebound in growth or a further deceleration. Europe’s growth hasn’t been as steady as growth in the US, since Europe experienced a recession in late 2011. The chart below shows the historical quarter over quarter real GDP growth in the grey bars. The red and blue lines are the most interesting because they examine future performance, specifically how quickly Q1 GDP growth will be based on hard and soft data. 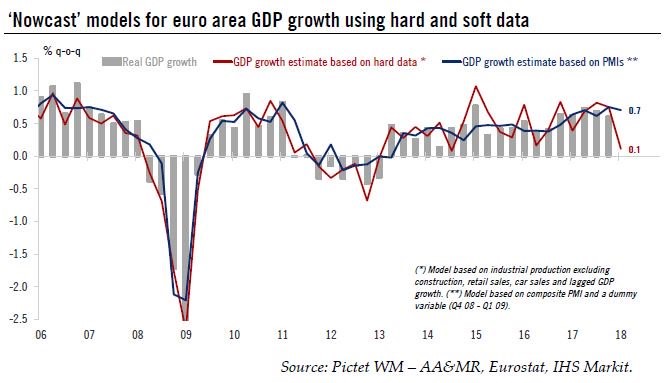 The hard data, which measures actual results and determines GDP growth, shows GDP growth will fall to 0.1%, explaining why stocks have been weak this quarter. This would be a big decline downwards from the 0.6% growth in Q4. European industrial production was down 0.8% month over month. Even though this chart shows the survey data is strong based on the PMI report, the March PMI showed weakness. It was down from 57.1 to 55.3 which was the biggest monthly decline in 6 years. There are many variables for the weakness, some of which are an unusually prolonged winter weather, a bad flu season in Germany, supply constraints, and a weak manufacturing sector. There has also been weakness in retail, trade, and German factory orders.

This weak economic growth could push back monetary policy tightening. If the policy changes in reaction to this weakness, risk assets could increase in value. The deposit facility rate, which is one of the three rates the ECB set, is the interest rate banks receive for depositing money with the ECB overnight. The chart below shows the expected rate changes in the next 2 years. 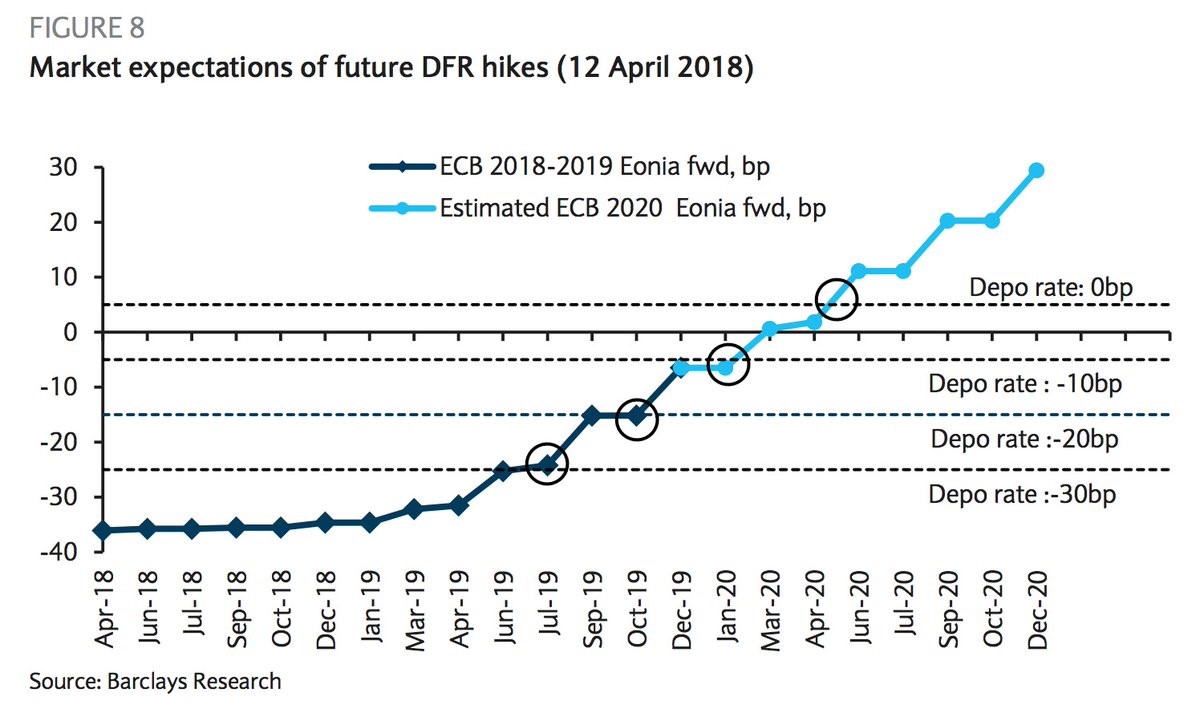 The DFR rate has been negative since June 2014. It is expected to become positive once again in the summer of 2020. With such a delayed normalization process because of the prolonged business cycle riddled with weak economic growth, it’s fair to wonder if the policy will be normalized before the next recession. To be clear, the current slowdown isn’t indicating a recession in 2018.

The retail sales report was confusing if you looked at it briefly and then saw economic estimates fall. That’s because the month over month change in the headline report was 0.6% which reversed the prior 2 month long decline (-0.1% each month). The best part of the report was the 2% increase in auto sales which represented 70% of the retail sales gain. This was a nice rebound after the post-hurricane hangover, but as we mentioned previously, broken windows do not help the economy grow. This phenomenon occurred because cars were destroyed and needed to be replaced which took away from future demand.

Despite this positivity, the Atlanta Fed lowered its expectation of real consumption expenditures growth from 1.1% to 0.9%. That’s right, the consumer is barely growing even though some expected growth to accelerate because of the tax cut. This decline caused the GDP estimate to fall from 2% to 1.9% (it’s now back at 2%). The chart below shows that the year over year 3 month average growth slowed to 4.1% growth from 5.4% in December. The weakness stems from the core readings. 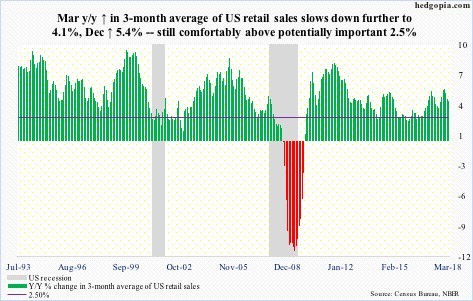 Year over year retail sales growth excluding gas and autos fell 2 tenths to 3.9% and the control group fell 3 tenths to 3.8%. This report shows why you need to look beyond the headline data.

The yield curve is flattening as the difference between the 10 year treasury and 2 year yield is 44 basis points. That’s not enough to worry about a recession now, but some analysts are extrapolating continued flattening to predict a recession is coming in 1-2 years. The Fed is flattening the curve by raising rates which pushes the near term maturity yields higher. The long yields are staying relatively stagnant recently because economic growth is disappointing. Speaking of the Fed’s policy, the chart below shows that the swap rates imply the rate hike cycle will end in 2020. This is consistent with what the yield curve is saying.

We’ve been early to report the current economic weakness which is occurring in the developed world. This is causing stocks to react more negatively to headline events than they did last year. The yield curve implies this softness will be temporary as a recession isn’t on the door step. However, if the Fed stops raising rates in 2020, it’s safe to say we are in year 9 of an 11 year expansion.