Would Stocks Be Lower WITHOUT COVID-19? 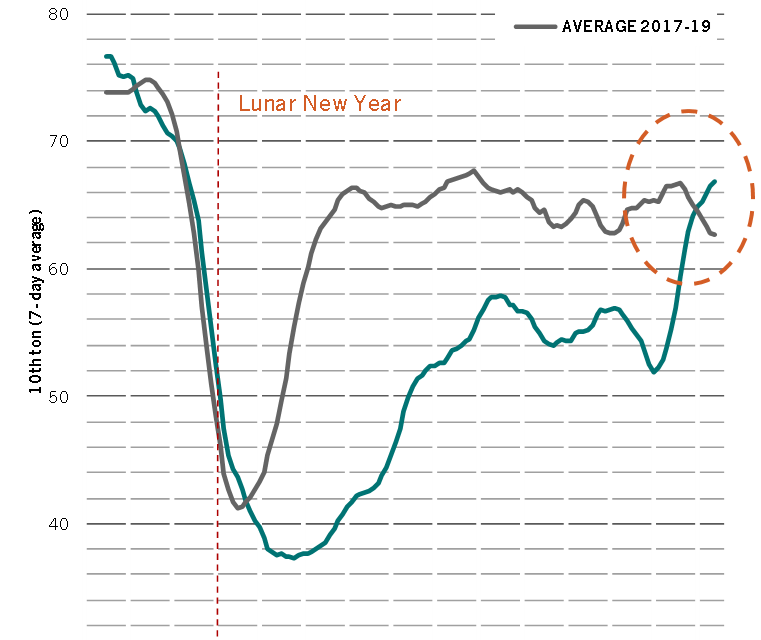 While the stock market has been flying high, the Fed came out with a somber Minutes release. The Minutes stated, “Participants commented that, in addition to weighing heavily on economic activity in the near term, the economic effects of the pandemic created an extraordinary amount of uncertainty and considerable risks to economic activity in the medium term.” If the Fed let off the gas pedal, there would be chaos in markets because then they would reflect the actual economy. The financial conditions index would spike again.

The question remains how long the Fed and fiscal policy can stave off the economic weakness before markets start to worry again. Secondly, in the next few quarters, investors will worry how the handoff will go as the Fed eventually unwinds its expansionary policy. This handoff is likely far in the distance. It depends on if a second wave of COVID-19 forces more shutdowns this fall. If it doesn’t, we could be looking at a hand off in 2021.

Our point is simply that monetary stimulus isn’t forever. There’s risk the Fed botches this situation. This economy is more fragile than it has been in decades. In recent years we’ve seen stocks fall a few percentage points on hawkish Fed statements. We even had a 20% correction in Q4 2018 when the Fed got too hawkish. If the Fed made a mistake like that this year, stocks would fall further. The potential recession in 2019 wouldn’t have been close to as bad as this one has been.

@Econompic on Twitter came up with an interesting thought experiment. He considered the possibility that stocks would be lower now had the pandemic not occurred.

That sounds insane because the economy would have been in solid shape without this. However, when you consider the facts that the S&P 500 is only down 8.02% year to date and is up 4.63% in the past year, it’s not insane. This hasn’t been a bad year for stocks. We’re speaking in general terms, not in specific terms. If you consider what has happened, stocks have done spectacularly well.

His point likely supports the notion that we would have seen a correction this spring anyway because stocks were overheated. We considered the possibility of multiple contraction with very modest returns at the start of the year. Given the excitement in February a 10%-15% correction was almost to be expected. Stocks have held up this year either because of euphoria or fiscal/monetary policy (maybe a combination of both). There’s also the outperformance of the big cap tech stocks which have dragged the indexes higher.

Lower income households always take a bigger hit in recessions. This one was an extreme example because the economy is in disaster mode. The unemployment rate of those without a high school degree (25 years and older) is 21.2% which is the highest ever. It could easily hit 25% in the May unemployment report. As you can see from the chart below, 53.9% of households earning less than $25,000 say they lost employment income since March 13th. It’s 54.6% for those making from $25,000 to $34,999. The percentage steadily falls as income increases with only 29.4% losing income in households making $200,000 or more per year.

The good news is unemployment benefits are helping the working class more than ever and the backlogs of claims have mostly been worked through. The potentially bad news is Mitch McConnell, the Senate majority leader, is vowing to not extend the $600 extra benefit to unemployed people. This is a tricky subject because as states reopen, the unemployment rate will fall. It comes down to how quickly the economy gets back to normal. Extending benefits to January would encourage people to not work when they could.

The easy answer is to kick the can down the ground and go for the middle ground by extending benefits into October. That’s logical because by then we will know if a second wave is coming. If it doesn’t come and the economy has been recovering for a few months, they can be ended. If it does come, the government will need to extend them. At that point, there might be more questions about the government’s balance sheet because it would be facing longer term elevated deficits.

The slide below is from Murphy USA which is a gas station and convenience store. The market data gives us a glimpse into how the economy is doing. As you can see, the last 10 days of March saw a 47% decline in fuel gallons sold because people stopped driving. Growth slightly improved to -45% in April and then it sharply improved to -38% in May. May’s data is month to date through the 13th which makes it updated. Non-tobacco sales went from -23% in March to 3% in May. That’s despite the 16% decline in merchandise transactions in May, implying higher tickets. This is an early sign of the potential improvement in retail sales in May.

China is further along its recovery than America is. It’s about 2 months ahead. As you can see from the chart below, China’s coal consumption recently spiked above its 3 year average for the first time since COVID-19 shutdown the economy.

The Fed Minutes were much closer to reality than the stock market is. Stocks have done so well that people think stocks would be lower if COVID-19 didn’t occur. The worst recession since the Great Depression isn’t good news for stocks no matter how much stimulus is done. If Mitch McConnell gets his way on jobless benefits, stocks could plummet. We think there will be a compromise which could be the best policy anyway. The lowest income households were the most likely to be hurt by this recession as usual. Murphey USA’s slide showed the sequential improvement in sales in May. China’s coal consumption has fully recovered which gives us a glimpse of how the U.S. economy might look in 2 months if all goes well.