No Bottom In Sales Growth 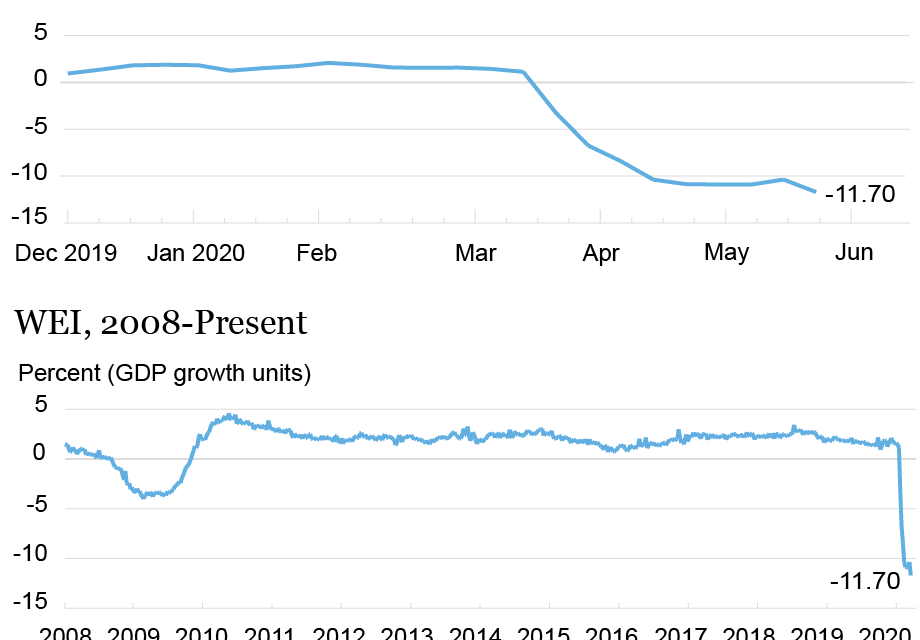 There has been a big sentiment shift away from worrying about COVID-19 towards worrying about the economy. We still don’t know if a 2nd COVID-19 wave will hit. The recent improvement in the current situation doesn’t make it less likely. We aren’t saying it will or won’t happen. We’re saying the decline in those worried about a 2nd wave is a shift in sentiment. You can see in the chart below, the Bank of America fund manager survey shows the biggest tail risk was still a 2nd wave, but it fell from about 56% to 52%.

It’s possible since you can only pick one option that investors thought other issues were deeper. It’s hard to argue any negative tail risk is priced in with the stock market this high. That’s how it’s supposed to be. Markets react sharply to black swans like the coronavirus because the market doesn’t price in every potential negative event. It usually climbs the wall of worry.

You can see a systemic credit event was almost taken off the table as it went from about 30% to 8%. The Fed did as much as it needed to do to calm financial markets. A V-shaped economic recovery is a tail risk to the upside. It’s notable that diffusion indexes suggesting a V-shaped recovery in China doesn’t actually mean one is happening. They ask how business is doing compared to last month. If it’s doing better, the index goes back to normal. However, that doesn’t mean economic activity is back to where it was. There’s also misleading data on quarter over quarter annualized growth which makes it look like America will have a V-shaped recovery. There might be a V-shaped recovery, but let’s avoid misleading data.

The other new risk was a breakup of the European Union. The US stock market has basically completely ignored this like it has ignored the coming presidential election. It’s fair to ignore the presidential election because it’s impossible to gauge how people will vote because the situation is so fluid. The European situation is also fluid with the latest news being good for the bloc. Merkel used her political support to end German opposition to a 500 billion euro bailout to the worst hit countries which were Italy and Spain.

Economic growth isn’t as strong as you might think if you just followed the stock market. Keep in mind, we discussed in a previous article that the indexes are actually more pessimistic than you’d assume because the big tech stocks are driving them. If investors were optimistic about a return to normalcy, they’d be buying more industrials. Tech became the flight to safety trade. The Redbook same store sales growth reading, which looked like it could have been bottoming, fell from -7.5% to -9.5% in the week of May 16th. That’s with many states reopening in the past couple weeks. Obviously, the two biggest cities in the country being shut down hurts results, but you’d think we’d see some improvement from recent weeks.

There was a massive decline in housing permits and starts from 1.356 million to 1.074 million and 1.276 million to 0.891 million. That was a given. With the improvement in housing applications, these numbers should rebound in May. As you can see from the chart above, the NY Fed’s weekly economic index is still in decline. The index, scaled to 4 quarter GDP growth, fell from -10.37% to -11.7%. It’s not the best to look at the stock market as an economic index right now because it’s so dramatically different from the actual economy. Would you look at the adoption of Azure and AWS to determine GDP growth? The digital economy is dramatically outperforming the rest of the economy. In 2017, the digital economy grew 8.3% compared to 2.2% for overall GDP. From 2012, tech stocks have risen 393.8% compared to 223.4% for the overall market.

The chart below shows PIIE believes the savings rate will increase to a record high of about 23%. This cautiousness dramatically differs from the explosion in retail trading activity.

It’s weird to think of people gambling money in stocks while not wanting to go out to spend discretionary income. Obviously, the overlap here isn’t 100%. It’s just something to consider. Maybe if the stock market declines, causing new speculators to lose money, they will want to save more. The good news is if there is an increase in savings, the spending that will take it down will improve growth in 2021 and 2022. That’s pent up demand.

Value stocks have been underperforming for years which is partially why most fund managers last year though it would outperform growth stocks. Fund managers have now capitulated as the net percentage who think value will beat growth is the lowest since December. That’s just as energy has been the best performer from the low in late March. This chart shows how crowded the long tech/cloud trade has become.

Sentiment has moved towards worrying about the economic effects of COVID-19 away from the virus itself. We find it much easier to review the macro picture because we know little about diseases. The NY Fed weekly economic index is still falling. May won’t be a great month for the economy, but it should improve from April despite what the RedBook reading showed. The savings rate is projected to spike despite the increased speculation in stocks. Technically, investing is saving, but we view an increase in risk taking incongruous with a spike in saving. Fund managers hate value stocks and love growth stocks. Cloud investing has gotten extremely heated. These stocks can fall even if they are good businesses.