Will The Federal Reserve Begin To Unwind Its Balance Sheet? 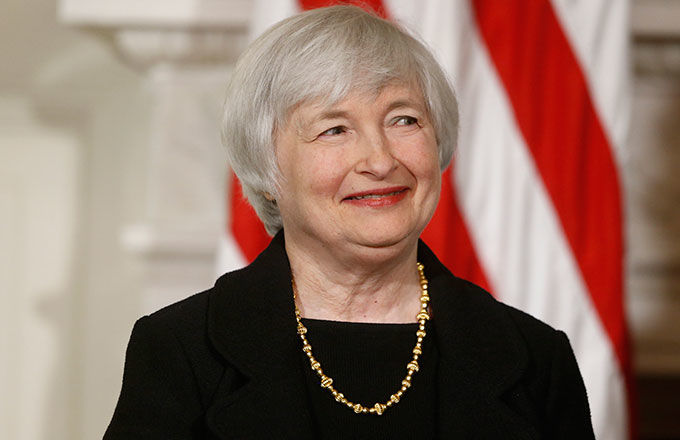 Previously we covered how the Federal Reserve was putting off the unwind of its balance sheet. On Wednesday, we found out via the Fed’s Minutes that they intend to unwind later this year, according to their statement. However, we have heard this before, numerous times for the past 8 years. To clarify, the Fed has $4.5 trillion in mortgage backed securities and treasury bonds on its balance sheet. It purchased about $3.7 trillion during this cycle. The programs were known as quantitative easing (QE) 1,2, and 3. The goal of the programs was to boost a stagnant economy. Purchasing bonds lowered interest rates to encourage risk taking. Risk taking was supposed to boost confidence in the economy. Rising assets also were supposed to create a wealth effect which is when consumers see their stocks rising, so they spend more money on goods and services since they are wealthier on paper (not realized gains). The risk taking certainly occurred as financial assets of almost all types have risen to extraordinary heights. The current stock bull market is the second longest in history.

By expanding its balance sheet through the purchase of bonds, the Federal Reserve entered uncharted territory. The excuse for doing this was the magnitude of the financial crisis. Ignoring the fact that the low interest rates Alan Greenspan (former Fed chair) set perpetuated the housing bubble, the Fed thought it must act to stop the crisis from getting worse. Regardless of whether this was the correct policy action to pursue, the action was temporary since the crisis was also short lived. The premise behind taking the action would not justify holding the assets indefinitely. Although the Federal Reserve is partially independent, one can argue the Fed buying treasuries is monetizing the debt. The government buying its own debt is a signal the deficits are out of control. This is less of a concern if the excuse is the policy is simply a band aid which will be removed shortly.

The same type of excuse that precedents must be broken in times of economic crisis was used for the bailouts. Proponents of the bank bailouts described the horror which would have occurred without them. The fact that the bailouts were paid back with interest gets them more support than they’d otherwise get. Critics of this rationalization of bailouts and QE would claim the government is trying to expand its power to beyond what’s granted to it in the Constitution, but this article isn’t about politics. The goal is to set the stage for the policy decision that was made in the Fed Minutes.

The reason why the analysis that the Fed would wait to unwind the balance sheet was off base is because testimony given by Janet Yellen (current Fed chairperson) was unclear. Parsing Fed statements can be difficult because every word is carefully chosen, sometimes to be purposely unclear.

“Our short-term interest rate target is our key active tool of policy. We think it’s much easier using that tool to communicate the stance of policy. We have much more experience with it and have a better idea of its impacts on the economy.”

Yellen’s downplay of the use of unwinding the balance sheet as a policy tool could have either meant the Fed will delay the unwind or that the unwind is occurring irrespective of the Fed’s policy goals. Now we know that Yellen meant the latter. It’s inconsistent to say that the Fed won’t use QE to stimulate or stifle the economy when the original purpose was to boost the economy.

An analogy to this situation is a man who gains weight from eating too much junk food during the holidays. The junk food was a temporary change in the man’s diet. The man decides to not eat anymore junk food. The man then eats extremely healthily and starts exercising, but claims this change in habit has nothing to do with the weight gained over the holidays and he isn’t trying to lose weight. Eating healthier has everything to do with losing weight and the Fed’s QE unwind, by its own definition, will affect the economy. If the unwind has nothing to do with the monetary policy, then why wasn’t it done years ago? The Fed also claims it’s confident in the economy which implies that may be why it will follow through with the unwind.

When the term ‘unwind’ is used to describe the Fed’s balance sheet it doesn’t mean the bonds will be sold. It means the Fed will either slow down or stop purchasing bonds after they mature. The choice between slowing and stopping the repurchasing of bonds was one of the differences among Federal Open Market Committee (FOMC) members which were expressed in the Minutes. Investors had been expecting the Fed to take baby steps with unwinding the balance sheet because that’s how it approached rate hikes. It only raised rates 25 basis points each year in 2015 and 2016. This is a slower pace than previous hike cycles. The fact that several members argued for stopping the purchases abruptly threw the market for a loop which is why stocks sold off after the Minutes were released on Wednesday afternoon.

The 10-year bond actually rallied 4 basis points as a result of the Fed Minutes which is the opposite of what you’d think. The Fed’s pause in the purchasing of bonds will increase the number of bonds available to be purchased in the market. Through the law of supply and demand, you’d think more supply would lower the price. The reason investors bought bonds in response to this announcement was because it made them nervous. Nervous investors looking to avoid risk, sell stocks and buy long term bonds.

Sometimes stocks and bonds move in curious ways. A similar situation to this is when Tesla stock rallies in response to the announcement of a secondary offering where more of its shares will be sold. Even though shareholders are being diluted, investors buy Tesla stock because they feel raising capital puts it in a better position to launch the Model 3. Stocks and bonds act in nuanced manners which sometimes make it difficult to profit off them even when you correctly predict a news event.

If the Fed follows through with its statements from the Fed Minutes, barring any sort of policy headwind, the Fed may start to slow or stop its purchases of both treasury and mortgage bonds later this year. This will be a key test for the equity market as it has been supported by global central bank asset purchases throughout the past 8 years. Keep in mind, history is repeating itself. This is the exact sequence of events that happened prior to the 2008 financial crisis. Leading up to 2008, first the Fed lowered interest rates, then it abruptly raised rates, and then it once again, just as quickly and severely abruptly lowered rates. Right now we are in the stage of the Fed raising rates. The only question is, how long will that last before they are forced to change direction and lower rates once again.