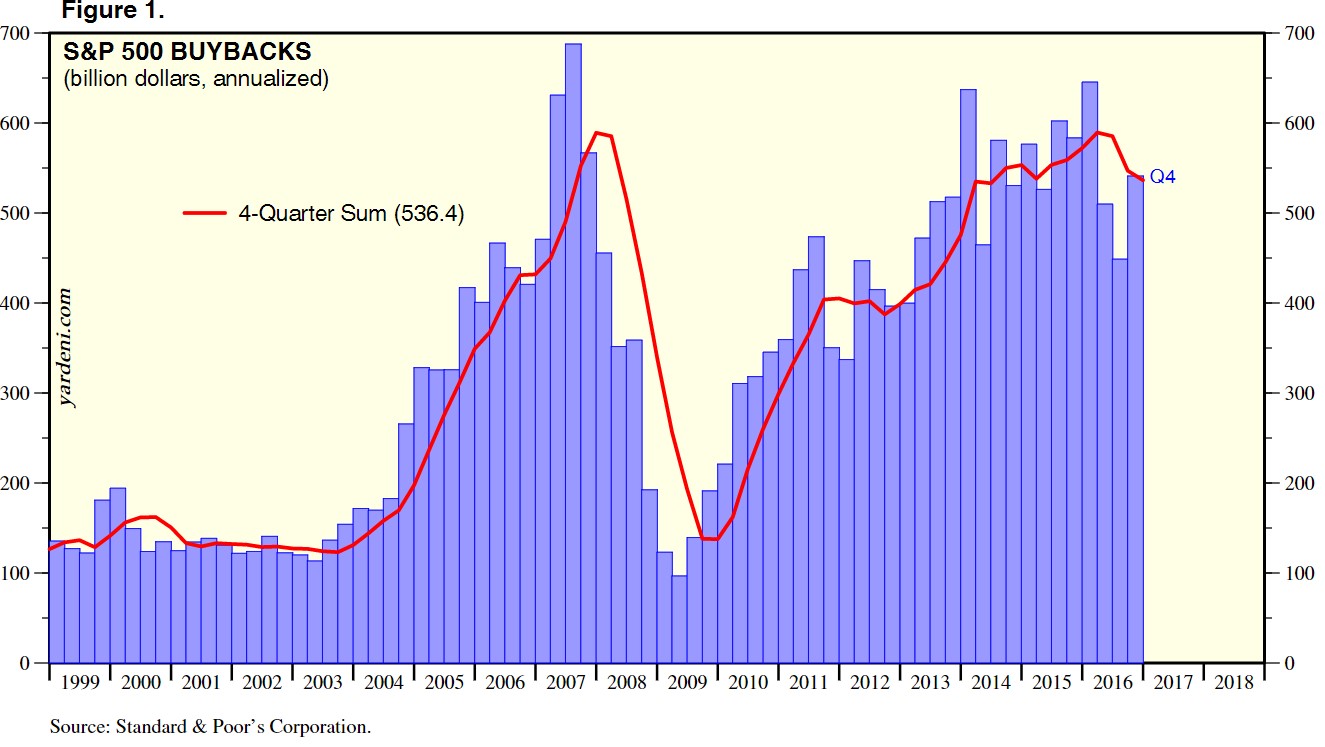 Many investing websites and prognosticators put out highly emotional titles and predictions to get readers’ attention, but it does them a disservice. The best way to make any decision is do so with a sound mind. When you are emotional, you make the worst spending decisions which is why firms in the wedding and funeral business do so well. Making financial decisions is difficult enough without bringing emotions into the fray; it’s best to make it as easy on yourself as possible by avoiding emotions. The charts and the analysis in this article will do the talking. It serves no purpose to tell people doomsday tales even when the future looks grim.

The focus of this discussion will be on buybacks. Buybacks are when a firm returns excess capital to shareholders by retiring some of the shares outstanding. This boosts earnings per share. In other words, your shares represent a larger portion of the company. Investors need to be careful when reviewing firms with buybacks because sometimes buybacks don’t shrink the share count because of exercised stock warrants (options) granted to the upper level management as a form of compensation.

Buybacks are usually considered favorably by shareholders because dividends are subject to double taxation. Investors want their capital returned. It’s a somewhat weird situation that investors speak about wanting their cash returned, but then they reinvest the capital they receive, sometimes in the same stock through dividend reinvestment plans. Even though buybacks sound good at the surface level, they are not good on an absolute basis. CFO’s must review the possible places capital can go to decide the best option.

Buybacks can be a safety net to mask poor results from bad management. If management can’t find new places to put the firm’s capital, it can always plug it into buybacks. Management never wants to admit that its stock is overvalued, but obviously in many cases the stock is overvalued. The most conservative stance would be to keep the cash on the balance sheet, but investors usually demand immediate access to that capital if it’s not being put to use. By being short-term oriented investors hurt themselves in this regard. There can be a scenario when maintaining a high level of cash is a good choice.

This discussion sets up the chart below. As you can see, Aeropostale started out growing quickly in the early 2000s. Then it spent more on buybacks than it had in free cash flow. This juiced the stock price higher than it would have gone otherwise. It ended in disaster because the rising stock price masked a poor underlying business. Then when the firm stopped buying back stock, the bottom fell out. It eventually went to zero. This is an extreme example of buybacks gone wrong because teen apparel is an inconsistent business. Management may have not known how to maintain relevancy in the fashion industry so it plugged the money into buybacks. 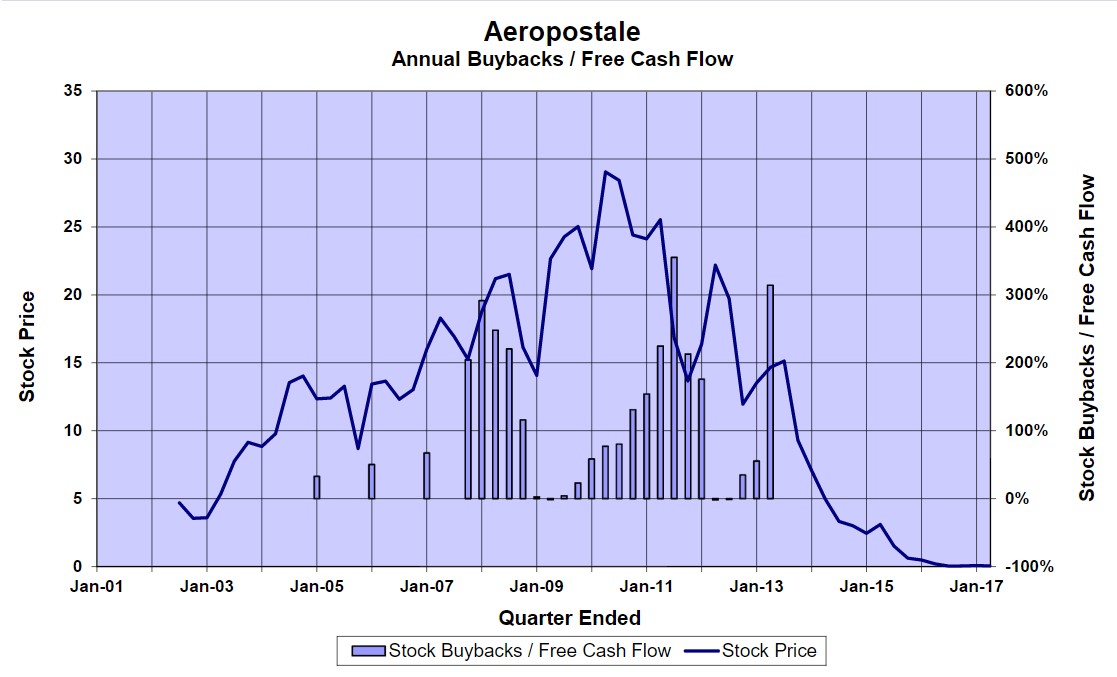 While the example of Aeropostale is an extreme example, it has similarities to the aggregate results. The reason it is extreme is because firms which spend too much on buybacks don’t always go bankrupt. However, poor timing is common with buybacks. As you can see from the chart below, firms bought back the most stock ever in 2007 which was right before the financial crisis. Firms bought back stock because they had a high amount of excess capital. However, the reason firms had a high level of profits is because margins were near their peak for the cycle. Buybacks juice stock prices in short term which helps management, but hurts long-term performance. The potential for management to not act in the best interest of long-term shareholders is called agency risk. The big boost in buybacks is partially responsible for the decline in productivity growth.

In the current cycle, buybacks peaked in Q1 2016. The last time buybacks peaked, the next bear market was right around the corner. The counter argument to the conclusion that the next bear market is around the corner is that the earnings recession is over. There was a mini earning recession in 2015 and 2016 which was partially driven by declines in energy earnings because of the collapse in the commodity’s price in late-2014 and 2015. The future earnings expectations are usually bright, but sometimes are lowered right before the results come out. In fact, in 16 of the past 20 quarters the S&P 500 rallied while the earnings expectations for the next quarter were lowered. 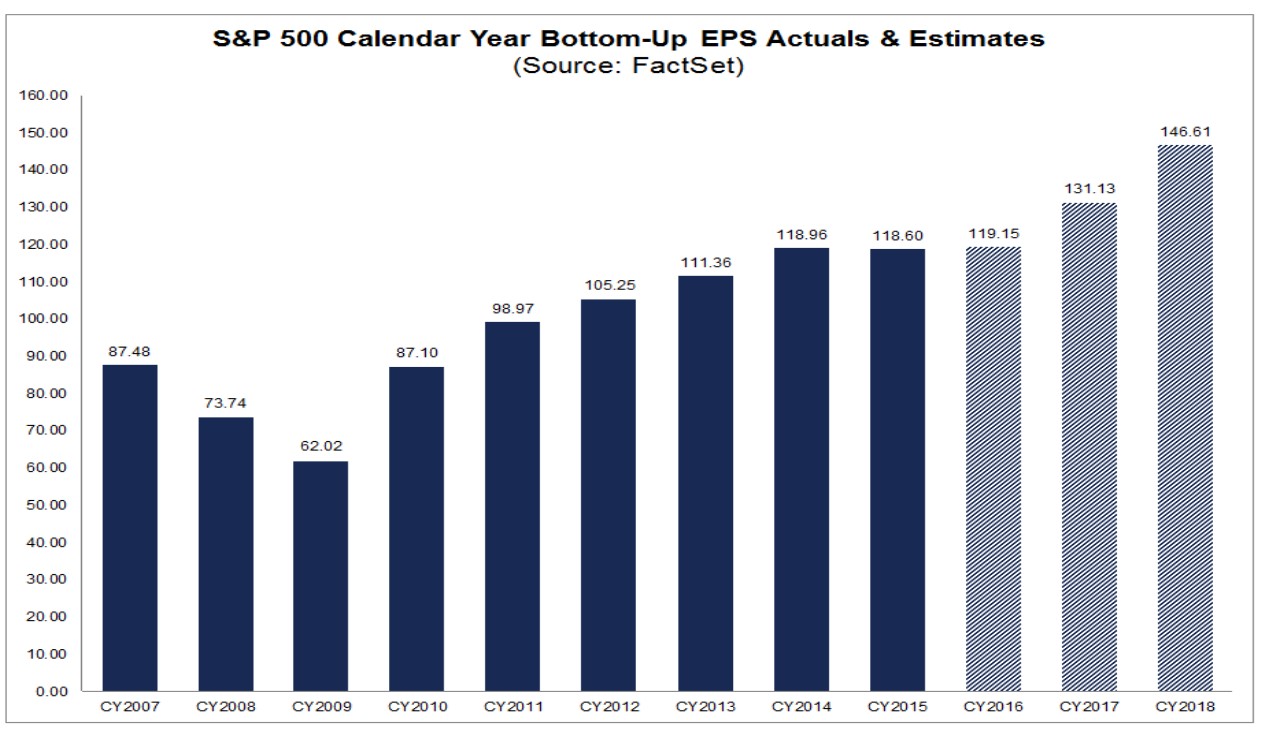 To adjust for the vacillations in margins which tend to regress back to the mean, the Shiller PE is used. It is a cyclically adjusted metric because it uses 10 years of earnings. The chart below shows historical Shiller PE values. The median Shiller PE is 16.12. It’s currently at 28.99 which the third highest bull market peak in history. This makes the decision to buy back shares at current prices a questionable one.

Buybacks were deemed to be not such a great practice after the 2008 financial crisis because it was clear that firms bought back overvalued shares, wasting their capital. Even with this mistake in hindsight, firms are back to buying back their stocks with their excess capital even as the Shiller PE is higher than it was in 2007. Buybacks can be used to return capital to shareholders when a firm’s stock has a low valuation, but they can be misused in remarkable ways as shown in this article. Buybacks have shown to be great reverse indicators for investors trying to time market peaks and troughs.