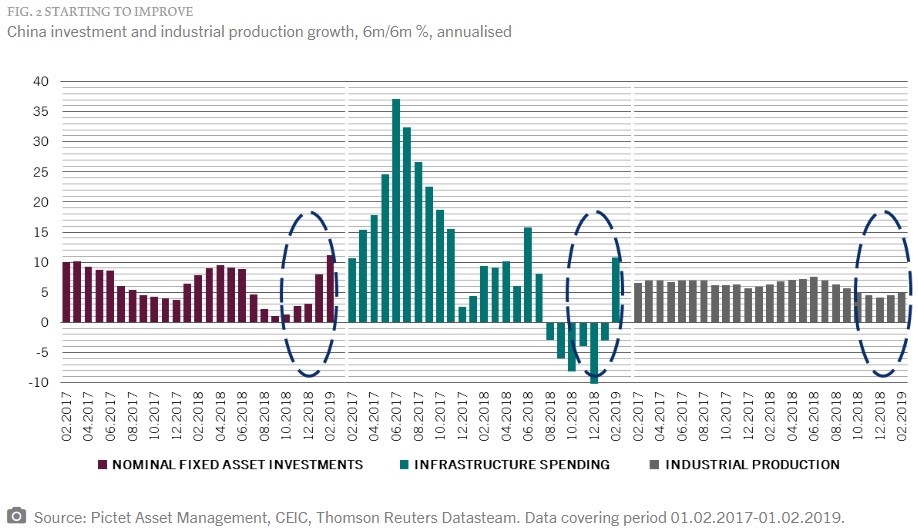 Jobless claims have been a bit of a controversial topic because they were slightly elevated at times earlier in the year. We will discuss other reasons for disagreement on this economic indicator later on. Everyone wants to be the first person to call for a bottom in initial claims because it means the business cycle is over and stocks will fall. As you can see from the chart below, jobless claims as a percentage of the labor force has been making new record lows for years.

If the unemployment rate went below 2.5%, hitting a record low, droves of people would be calling for a cycle/market bottom as well. The problem for the bottom callers was claims never rose much. As a percentage of the population, claims barely budged. The modestly elevated claims earlier in the year were noise.

The report from the week of March 30th proved those readings were noise because initial claims fell to an expansion low of 202,000. That beat estimates for 216,000 and fell from 212,000 in the prior week. The 4 week moving average fell from 217,500 to 213,500. It’s not at the cycle low, but it’s close enough for this to not be an issue. Continuing claims from the week of March 23rd fell 38,000 and the 4 week average fell 18,000 to 1.743 million. Continuing claims similarly increased starting late last year and into the beginning of this year. They have since stabilized. It’s possible this initial claims data is revised sharply because the claims from California were estimated.

The bad news about low jobless claims being low is they don’t necessarily mean great stock returns are coming soon. The best situation for stocks is high claims are that are falling and the worst is low claims that are rising. Interestingly, when claims are at a new 3 year low and the stock market is within 5% of its 3 year high, returns are one standard deviation below random.

This isn’t a bad labor market, but the prime age labor force participation rate isn’t as high as it was in the 1990s and real wage growth isn’t at a record high. As you can see in the bottom chart above, layoffs and discharges aren’t high, but they also aren’t at the lowest level since 2006.

The March Challenger Job-Cut report showed announced layoffs in March fell from 76,835 to 60,587. That’s an improvement, but it’s still higher than the Q4 average of 57,534 and the Q3 average of only 40,293. Getting to the headline of this section, the Q1 total of 190,140 was above Q4’s 172,601 and Q3’s 120,879; it is 35.9% higher than last year. It is also the highest quarter total in 4.5 years; it is the highest Q1 average since the last recession. The situation isn’t dire, but probably not as good as the jobless claims indicate. It’s fair to point out that the Challenger report isn’t revised. That could be taken as a signal that past reports aren’t as accurate as some other indicators.

Claims being historically low doesn’t mean the labor market is historically great because fewer people are applying for benefits. 60% of recently laid off workers in early 2018 applied for unemployment benefits. That’s below the 75% rate in the prior two expansions.

States have made it harder to get benefits, the size of benefits has decreased, and the duration of benefits being paid has fallen in some states. It’s easy for a state to make cutbacks on these benefits when the labor market is strong, but when it is weak, people will demand that benefits increase. The problem for state budgets is states can’t count on paying out lower benefits in a recession. Plus, the higher jobless rate will hurt their revenue intake. Unsurprisingly, if a state can’t make do in good times, it will severely struggle in bad times.

Is There A Global Recession?

Bearish investors are obsessed with some of the manufacturing PMIs. It’s not the full picture of the economy. For example, the German manufacturing PMI completely cratered in March as it hit an 80 month low of 44.1. New orders fell at the quickest pace since April 2009. We’re not saying to ignore that cyclical downturn. However, you can’t ignore the improvement in the German service sector as business activity growth increased to a 6 month high. The rate of job creation increased to a 5 month high. Domestic demand is strong in the face of international headwinds. That’s similar to the global economy. Because of the improvement in the service sector, the global output PMI in March increased from 52.6 to 52.8. That differs from the chart below which implies there is a very high chance of a global recession.

The Shanghai Composite has exploded this year as it is up 31.69%. Clearly, speculators believe the Chinese economy is stabilizing. The chart below suggests speculators are correct as growth in nominal fixed asset investments, infrastructure spending, and industrial production have all improved on a 6 month over 6 month annualized basis.

China’s fiscal stimulus of 2.8 trillion yuan might be stemming the cyclical decline. Once the trade deal with America is made, growth can really improve.

Jobless claims are low which means the labor market is healthy. However, it’s not the strongest it has ever been because fewer people out of work are trying to get these benefits. The Challenger Job-Cut report actually signifies there might be a problem in the labor market as announced layoffs were at a 4.5 year high in Q1. The global economy definitely slowed in 2018, but it might be improving now as the service sector improved. China’s fiscal stimulus could stop the bleeding. Investors certainly believe in China as some economic reports have turned and the trade talks with America have gotten more fruitful.