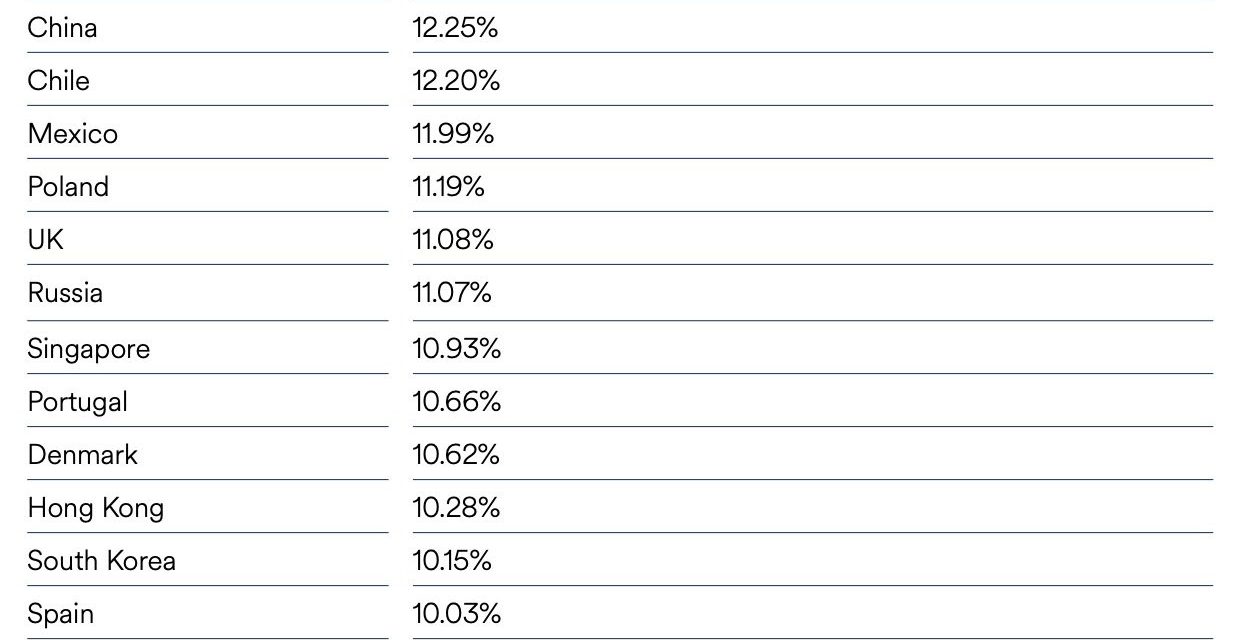 The stimulus this year has been massive because it needed to save the economy from a disaster. It was a fiscal and monetary lifeline. The goal was to keep the economy alive until COVID-19 was brought under control. Unfortunately, since COVID-19 is only partially under control, more fiscal help is needed to prevent a disaster. The stock market clearly thinks a stimulus will pass because the small cap value stocks have been doing well. The only uncertainty is whether it gets done before or after the election. For the stock market, it doesn’t matter if a stimulus gets passed in October or January, but for individuals and small businesses struggling, it’s a big deal.

The latest news is the White Houses raised its budget for a stimulus to $1.8 trillion which is just $400 billion below what the Democrats have. The Democrats might be thinking that they can get everything they want if they just wait until after the election. However, it would be beneficial if it passed this month and a patchwork deal that includes what the Dems compromised on gets passed after the election. Trump actually claimed he wants a bigger deal than what both sides are offering which suggests it’s the GOP-led Senate rather than Trump stopping the vote.

There has already been intense stimulus like we mentioned. As you can see from the chart on the right, if you combined fiscal policy, monetary policy, USD, and credit, the stimulus this year has been the largest in the past 30 years. Some are actually claiming we have found a cure for recessions. It’s certainly true that the stimulus boosted personal consumption at the right time. One of the usual major problems with stimuluses is late timing. Some might say stimuluses don’t solve the problem that caused the recession. That was certainly true with COVID-19. However, it does limit the damage while the problems are being solved.

Just doing a stimulus when a recession starts doesn’t solve the issue that caused it. There will always be custom solutions to each crisis. It’s unfortunate that the COVID-19 crisis occurred, but it shows the value in quick help. In the next recession, even if it’s not as deep, quicker help could work. To be clear, we are focusing on helping individuals. Bailing out large businesses could have unintended consequences such as making the economy less dynamic.

When saving for retirement, it’s best to assume slightly lower returns than average to make sure you’re not relying on great investments to save enough. It would be a disaster if you were too aggressive on return assumptions, causing you to not have enough money to retire. Obviously, it depends what you’re investing in. Expecting 6% returns on a globally diversified portfolio is fair. Investor expectations for returns have gotten bizarrely high in some areas which is sure to disappoint them. Ironically, when everyone is bullish because of recent returns, it’s the exact time to be more cautious. There’s a massive difference between putting all your money in cash and expecting lower future returns. You should do the latter, not the former.

According to a survey by Schroders, the expected 5 year average annual return in investment portfolios rose from 9.9% in 2018 to 10.7% in 2019 to 10.9% in 2020. That’s high. This survey was done from April 30th to June 15th this year. People probably would be even more optimistic if they were surveyed from August to October. Further, they are particularly optimistic in the Americas because the U.S. stock market led by FAAMG has had a great run. It has been destroying European stocks.

We remember in 2007 when American advisors were recommending getting into emerging markets and out of America. The consensus is usually wrong when everyone is on one side. US investors think their returns will be 15.38% annually in the next 5 years which is an absurdly high forecast. They clearly are heavily invested in their home country which has been doing well (home country bias). Even investment advisors who are aware of home country bias are saying that the only people who should be biased towards their home country are Americans.

They are using recency bias to defend home country bias which is a double mistake that can cost their clients money. Of course, there are reasons American stocks have done well in the past 10 years. However, mean reversion is has a longer track record. It’s not a strong argument to base an allocation on a few large internet giants that have powered one country higher. Competition and regulations affect all companies. FAAMNG isn’t immune to risk. To be clear, we’re taking a long term view of allocation and expected returns when discussing these issues.

SPACs aren’t really an asset class. The fact that anyone considers them an asset class shows how much a bubble they are in. There are now 203 SPACs and 153 looking for a deal. That’s up from under 100 in April. Celebrities are trying to get involved. This reminds us of the ICO craze which was associated with the crypto bubble. SPACs are just an alternative way to raise capital. That’s not an asset class.

As you can see from the chart below, the size of this category went from about $25 billion in April to above $80 billion in October.

A stimulus is coming soon whether it’s before or after the election. If a stimulus is done right as the economy is weakening, it buys the policymakers time to solve the crisis. It’s a good idea to give people checks. Bailing out large businesses has unintended consequences. US investors have such high expectations of their portfolios’ future returns that the market is almost assuredly going to disappoint them. Don’t plan your savings based on 15% returns per year. Generally, only great investors can achieve such gains. SPACs are in a bubble. The ‘asset class’ has gotten to $80 billion.