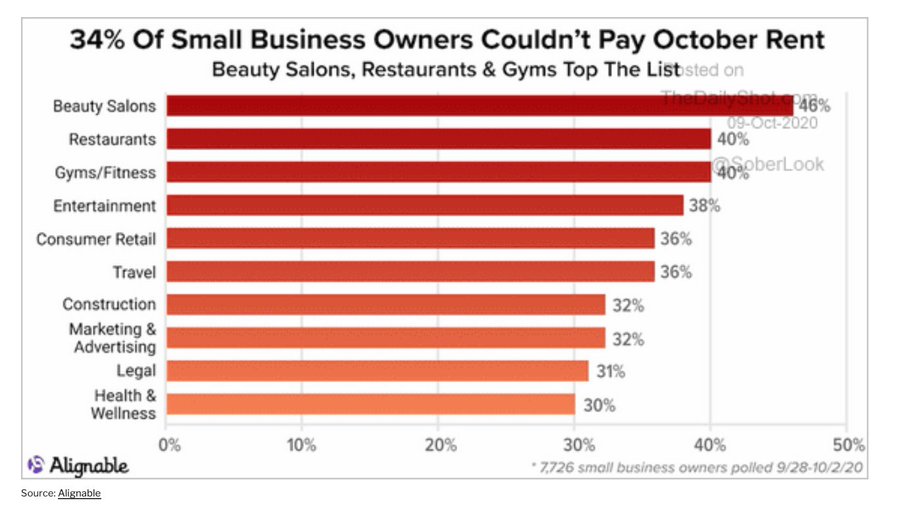 We love narrative busters. Those are facts that destroy commonly held beliefs which are often based on a lack of detailed analysis due to bias. One commonly held belief is New York and California are dying. While it’s true many people have left New York, these two states combined have seen an increase in their share of the country’s GDP over the years, as you can see from the chart below.

Based on the 2020 census, California is set to lose a congressional seat (52 from 53) for the first time. New Yok has been losing electoral college votes for years. Even still, they are important parts of the economy. This is not a political point. It explains why movie production companies don’t want to release movies nationally until these 2 states are fully open. Whenever there is a negative headline on polarizing areas, negative bias is reinforced. We’re just focused on the facts.

Pandemics and natural disasters affect the most vulnerable the most because they don’t have access to the best healthcare, they aren’t mobile, and they don’t have extra savings stashed away in case of emergency. Wealthy people always manage to be okay. If the planet was being destroyed, wealthy people find a way to move to another one quicker than anyone else. The chart on the left shows the COVID-19 recession and recovery.

The chart on the right shows inequality as measured by the GINI coefficient. Inequality increases in pandemics, not that we have many to go by. It’s amazing that in the prior expansion people complained about inequality and the stock market not representing the economy and all those trends went into overdrive. The stock market is driven by mega cap tech firms that don’t have many employees relative to their size. They contract out low-level jobs like janitorial services. That means the low-level people don’t benefit from the success of the company like they used to.

The fact that small businesses are in trouble actually helps large companies for now because it means less competition. The stock market doesn’t care much about whether a stimulus passes in October or early next year. It only cares about uncertainty. Small businesses actually need the money as soon as possible. They care about a stimulus passing before the election. It won’t matter to them if quicker COVID-19 testing and better treatments are widely available in a couple months if they can’t survive this month. According to Opportunity Insights, -24.1% fewer small businesses were open as of September 24th compared to January.

As you can see from the chart above, 34% of small business owners couldn’t afford rent in October. The goal should be for policymakers to help these people out as long as it takes until business is back to normal. 46% of beauty salons couldn’t pay their October rent. The hopeful theory is that demand will fully come back once COVID-19 is fully under control. Small businesses don’t have access to the forgiving bond market which is desperate for risk. 40% of restaurants and gyms can’t pay their rent. That’s bad news because colder weather will prevent people from wanting to eat out.

This Market Is Bonkers

Here is one of the craziest stats you will hear in 2020. According to Joel Greenblatt, “If you bought every company that lost money in 2019 that had a market cap over $1 billion [261 firms] you’ll be up 65% so far this year.” We all know the money losers have done well because of low rates and because tech companies that cater to the COVID-19 economy have seen a boost in sales.

The key point here is that you didn’t need to be a genius to do well. In fact, this macro call was all you needed. You didn’t even need to know what these companies do. You probably aren’t a stock picking genius if you have done very well this year. In fact, the worse the fundamentals, the better the returns. Some have convinced themselves all these money losers are going to be the next big thing. It’s unlikely they will all thrive if they compete with each other and currently aren’t profitable.

The 10% correction in the stock market in September was irrelevant to stopping speculation. Traders survived the March crash; the correction in September was nothing. They followed their old playbook of buying the dip. Only individual traders speculating wildly in options were burnt. As you can see from the chart below, options industry volumes have been much higher this year than any other year since 2011.

The worst is when individual traders who don’t know anything get access to these speculative instruments. Individual trading is popular because of the advent of free trading brokerages, smartphone technology, and the rising stock market. As you can see from the charts below, Robinhood has almost 4 times as many users as E*TRADE did in 2000 (both leading brokerages at the time). Unfortunately, losses get democratized instead of access to markets when literally everyone gets involved with risky strategies.

New York and California are actually growing their share of the American economy. This recession hurt low skill jobs the most. The stimulus needs to come as quickly as possible to help small businesses. Money losing stocks have done well in 2020. Options activity is very high this year. There are almost 4 times more retail accounts at the top brokerage in 2020 as compared to 2000 because of the advent of smartphones. Everyone is in the market which is a bad sign.