The U.S. Is Unhealthy 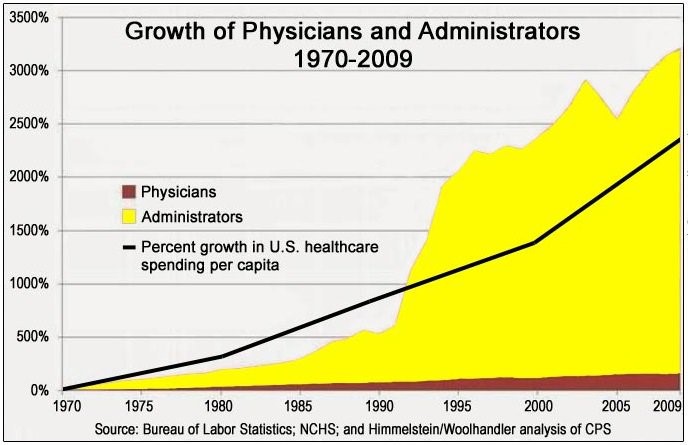 With the CPI showing only 1.9% year over year inflation in medical costs, it’s easy to forget about the extremely high costs Americans pay if you are an economist only looking at the government inflation metrics. If you speak with most Americans, they will laugh at the idea that medical costs have only gone up in the low single digits. Each case is different, but the overall numbers show America spends the most per capita and the most as a percent of GDP on healthcare. When it’s already 17.2% of GDP, any growth above GDP gets it closer to encompassing the entire economy.

What Is America Getting?

It’s very difficult to determine what America is getting for all this spending. America subsidizes global healthcare by being the leader in innovation and spending, but at the same time costs can rise too much and benefits too little to make this scenario a fair deal.

As you can see from the Haver Analytics chart below, the average American’s life expectancy has declined in the past few years.

Keep in mind, this isn’t all about healthcare.  For example, if self driving cars or at least driver assist platforms develop further, auto deaths could be mostly eliminated which would raise the average life expectancy. So many factors go into this chart, such as a clean environment, mental health, and natural disasters.

One new factor which hurts life expectancy is sedentary life styles. The advancement of technology has made it so that fewer people need to do physical labor. It’s debatable if this decline in life expectancy is bad because it’s a trade off. Jobs that require mental skills can be more fulfilling and enhance human progress. Jobs that require physical activity can also be more dangerous, but that’s already in this data set.

One thesis is that the increase in life expectancy in prior decades was ‘low hanging fruit’, which means it was easier to increase the average lifespan from 55 to 60 than 70 to 75. The decline in infant mortality helped increase the average lifespan. Even though America spends the most on healthcare, its infant mortality results aren’t great. America is 32nd out of 35 OECD countries in infant mortality. America has 5.8 deaths per 1,000 births and Slovenia, which has the lowest death rate, has 1.6. Mexico has the highest as it is 12.5.

The chart below explains what the recent decline in life expectancy means for America’s standing in the world.

America is by far the biggest spender on healthcare. On a per capita basis, America spends $9,892 which is 25% higher than the next nearest country which is Switzerland which spends $7,919 per capita. With the recent decline, America isn’t in great shape since it is 27th out of 35 nations with only a 78.8 year life expectancy. Japan is the best with an 83.9 year life expectancy. Most of the nations are in between 80.7 and 82.6.

Weakness in America is a combination of poor healthcare, resulting in a terrible ‘bang for the buck’, and bad habits. If someone is overweight and addicted to drugs, there isn’t much a doctor can do, but tell the patient he/she needs to change. Americans need to be better patients by listening to their doctors. It’s easier to try to take a supplement to cure ailments than exercise and eat healthy, but the latter is what is needed to turn the country around.

As you can see from the Bloomberg chart below, American healthcare spending is 17.2% of GDP which is massive since America has the largest economy in the world.

The next closest is Switzerland which spends only 12.4% of its GDP on healthcare. Obesity in America is tragic as 38.2% of Americans have this disease. That’s in last place in this list. Mexico is in second to last with a 32.4% rate. Obesity has led to high diabetes rates as well where Mexico is last at 15.8% (ages 20-79) and America is 33rd at 10.8%.

Since obesity is partially related to poor choices, it is a mental health issue in itself. The most common ones we’ll mention are suicide and drug abuse. Solutions to these issues involve building self esteem and purpose, which isn’t under the umbrella of most definitions of healthcare in America, but can be added if there is a lower reliance on drugs. There’s certainly a need for existing institutions, such as government or private companies to help solve this problem. Even though America has a high GDP per capita, it has 12.6 suicides per 100,000 people which is 25th out of 35. As you can see from the chart below, America is last in drug deaths for those ages 15-64 as there are 245.8 deaths per million people. First place through 21st have between 0.1 and 27.1 deaths.

Spending Is Out Of Control

America has low government spending on healthcare relative to other countries as it is 17 out of 35 with a 26.6% spending rate. That doesn’t necessarily equate to bad care or low life expectancy as some countries with low government spending have high life expectancies. Two stats which stand out are the spending on pharmaceuticals and the percentage of people with voluntary health insurance as America is first in both. America spends $1,162.4 per capita on pharmaceuticals. Israel only spends $313.2 and it has a life expectancy of 82.1. 39.6% of Americans have voluntary health insurance. It’s difficult to find the correlation in results because no country is close as the 2nd highest is 15.7%.

America is in terrible shape in terms of healthcare costs and results aren’t great although its high obesity and drug addiction rates also hurt life expectancy. One reason spending on healthcare has gone up is because the bureaucracy of the sector has grown exponentially. As you can see in the chart below, the growth in physicians from 1970 to 2009 was under 250%, while the growth in administrators was over 3,000%.

It’s encouraging that a lot of the spending could be cut by simply shrinking the bureaucracy. That shrinkage would be ‘low hanging fruit’ which could quickly and easily cut costs.