The Labor Market Is In A Race Against Time 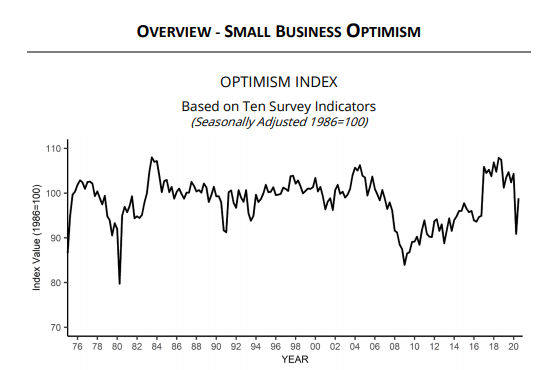 We think by now you are aware this has been an unusual recession. We mentioned in a previous article that in the previous cycle many were worried about how high auto loan delinquencies would get in the next recession because they were increasing in 2019 and auto debt was high. It turned out that the delinquency rate fell in Q2. That’s backwards. There are supposed to be more delinquencies when people lose their jobs. As the chart below shows, credit card and mortgage delinquencies fell in Q2 as well. Disposable income growth was very strong because of the stimulus and the $600 in weekly federal unemployment benefits. That prevented disasters for consumers.

The stimulus is long gone. There are proposals for another stimulus of similar size and scope to the last one ($1,200), but that won’t come until September at the earliest. Congress couldn’t agree to another stimulus. Congress generally doesn’t get things done unless one party is in charge or their backs are against the wall. They didn’t feel enough pressure to act this summer because the stock market has been doing great and the July labor report was strong. Most indications show the economy is starting to accelerate. Redbook same store sales growth in the week of August 8th showed growth rose from -7.1% to -3.4%. Obviously, that’s only one week of data in a volatile stat, but it does support the narrative that growth is accelerating now that COVID-19 cases are off the July peak.

President Trump did an executive order to extend $400 in weekly unemployment benefits until December 6th, but there’s a loophole. States need to contribute 25% of the money. If they decide the money they are already giving people is part of the 25%, people will only get an additional $300. Even still, this isn’t the disaster some are making it out to be when they call for a “very rapid increase” in delinquencies. The variable is the speed of the recovery in the labor market.

The Economy Appears To Be Winning The Race

In previous articles, we mentioned that there is a race in the labor market to have most temporarily unemployed workers get back to work before they lose their jobs permanently. Think of it like if a small business has enough money to run its business at a lower capacity. If COVID-19 isn’t under control by then, they need to shut down. The other race is if lower benefits catch up to the economy. The consumer was in relatively good shape as of July and the labor market has been improving. We need to see the labor market improve enough to the point where lower benefits don’t matter. The stock market is siding with the cyclical recovery, but don’t ignore the fact that it might not be smooth sailing from here.

The goal is to have a smooth landing for consumers so they can get back to work and the government can limit its extreme deficits without people facing dire economic consequences. Policymakers don’t want consumers’ savings to run out before they can get a job. The good news is the Dallas Fed’s real time population survey shows the labor market is improving. The prime age employment rate seen in the chart above rose from 61.7% to 64.9% which is a new post COVID-19 recession high. The prime age unemployment rate fell from 15.9% to 15% which tied the recent low. Finally, the prime age labor force participation rate rose from 73.4% to 76.4% which is also a new high.

Before we discuss July’s NFIB small business confidence reading, it’s important to note that it was fairly strong in June in spite of how bad things seem to be for small firms. As you can see from the chart below, in June, with double digit unemployment and a global pandemic shutting down business, small firms were more confident than they were in 2016. That’s partially related to politics as this survey tends to support Republicans.

The headline index fell from 100.6 to 98.8. There was a large swing lower in economic expectations. The net percentage expecting the economy to improve fell 14 points to 25%. We aren’t concerned with that change because we view earnings and sales as more important. Small businesses don’t have great economic insight. We use their results to do the analysis. The percentage expecting real sales to be higher fell 8 points to 5% and earnings trends rose 3 points to -32% (it’s almost always negative). Overall, this was a modestly negative reading (on a rate of change basis), but it’s July data. August results will likely be better because of the decline in COVID-19 cases.

The 10 year bond yield has been increasing due to higher expectations for growth and inflation. It doesn’t take much for the rate to rise when it’s at 51 basis points (August 4th). The July PPI report beat estimates and rose from June across the board. Headline producer prices fell 0.5% yearly which beat estimates for -0.6% and June’s -0.8%. Core PPI was 0.3% which was above estimates for 0 and last month’s 0.1%. As you can see from the chart below, PPI for selected healthcare industries rose further which implies the PCE healthcare price index’s growth rate will rise. The Fed is ‘all in’ on raising inflation, so this report only impacted markets, not monetary policy. It was more impactful than usual because of how low yields have been.

Moody’s expects consumer debt delinquencies to rise sharply. The amount they rise depends on how quickly people can get their jobs back. The unemployment rate has been falling fast; job creation in August might be better than July. If more checks go out in September, this will be far from a disaster for most consumers. Small business confidence fell very slightly, but it’s still remarkably high considering how bad this environment was for small firms in July. PPI inflation perked up slightly in July. This wasn’t much, but it doesn’t take high inflation to get rates to rise when they are near 0%.