The Jobs Won’t Come Back In August 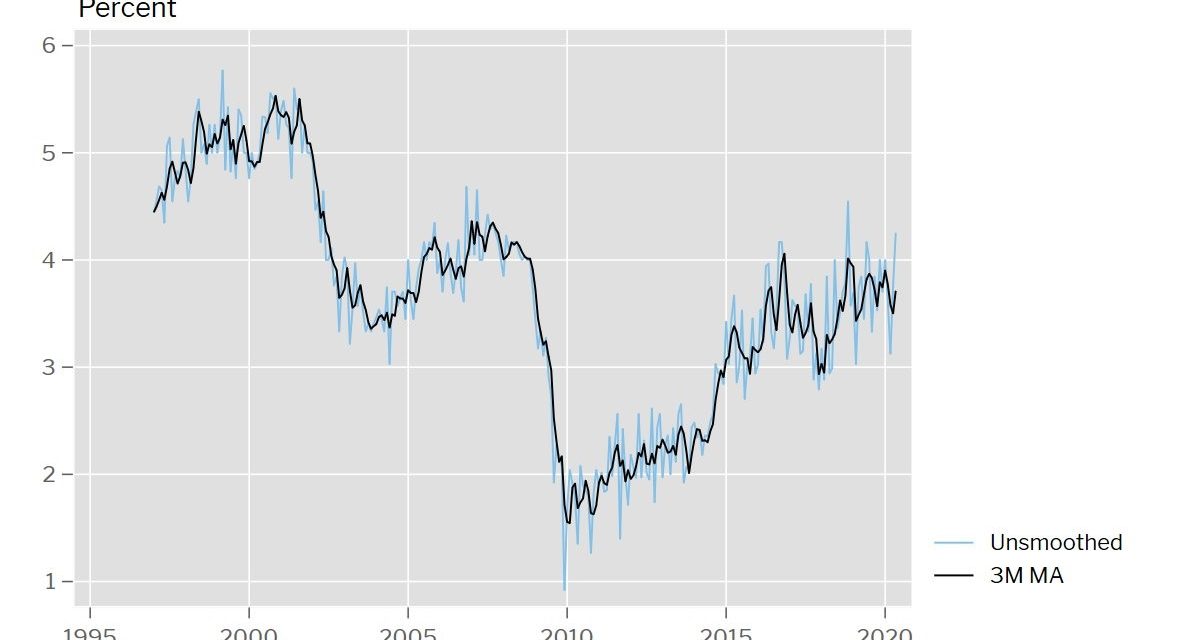 High frequency data has been weakening for the past 3 weeks. We usually look at official stats, but the economy has shifted so quickly this year, we’ve moved to looking at the latest data. You just need to get the direction right, not the specifics. It’s easy to get the direction right using moderately inaccurate data (in terms of predicting hard reports) when the trend changes are so glaringly obvious.

So far, the equity market has ignored the trend change because it either thinks it is temporary or is acting irrationally. The other aspect is composition effects. The market is so heavily weighted towards the internet stocks, they control it. Shutdowns are perceived as good for these stocks. There has been investor herding into cloud and electric vehicle stocks as investors try to price in the next 5 years from now as if it is occurring today.

We will discuss the weak data even if the market is strong because we refuse to make up information to support a narrative. Either the data will improve soon or the market will correct (or internet stocks will drag the index higher). That’s our mindset. Some might say stocks did well even when the data was weak. However, this spring stocks rallied in anticipation of the data improving once COVID-19 was under control in Italy. Then, they rallied as the data was improving. It went from terrible to very bad which is what the market loves.

The Redbook same store sales growth reading took a turn for the worse after bottoming and improving in June. In the week of July 4th, same store sales growth fell from -5.7% to -6.9%. The chart above shows this growth is lower than the trough in the previous recession. This is yet another signal the economy is turning a corner. As you can see from the chart below, yearly domestic and international industry airline revenue growth took fell in the 2nd half of June according to United Airlines. This turn was due to the spike in COVID-19 cases. We’ve seen some travelers shift from traveling south to north. Travelers are trying to evade the virus, but wherever seems safe suddenly becomes risky.

The hope is once it is under control in the south and west, it won’t become an issue again in the northeast and Midwest. There is little evidence of the death rate spiking due to this influx of cases, but hospitalizations are up and economic activity is down. There isn’t much logic to suggesting stocks are trading off new deaths. In fact, the better explanation is investors shift to buying cloud stocks when they hear bad news about COVID-19. This industry has gotten so large that it can now move the market. Software ate the world in 2020. We’re not justifying this action. We are explaining the action.

No Spike In Employment Is Coming In August

The speculative hunch some politicians have is that once the $600 in weekly unemployment benefits from the federal government are taken away, people will go back to work, The theory is they are only staying home because of the current incentive system. 68% of workers got paid more to not work. This speculative hunch is wrong because it’s illogical to risk losing a long term job due to a few weeks of extra pay. That’s especially true considering how poorly put together this benefits system has been. People had to wait in line with paper forms in Florida during the pandemic.

There is no logic to wanting a few hundred dollars extra over a month or two rather than steady employment. It’s stressful to be on unemployment because the benefits can be taken away or the system can make a mistake. The other aspect of this is people simply not wanting to take the risk of going to work. If people don’t feel safe going to work, they aren’t going to go back once the benefits run out. It could be a disaster for these benefits to end on July 25th as income will run dry. People might slow their spending in July in anticipation of this income cliff.

Data backs up this point; it’s not conjecture. If people weren’t going back to work because they wanted to collect unemployment benefits, there wouldn’t have been record job creation in May and June. Secondly, there would be a spike in wage growth to attract workers to come back into the labor force. As you can see from the chart above, the 3 month moving average of hourly median wage growth has been up modestly this year. Average hourly wage growth has been vacillating wildly because of the big changes in job creation in the leisure and hospitality industry which pays workers the least. Big changes in an industry that pays much differently than the average will have big composition effects.

Finally, you’d see more job openings per unemployed worker if people were refusing jobs. The May JOLTS report showed job openings increased from 4.996 million to 5.397 million. That 401,000 increase in openings was drastically below the 2.44 million spike in new hires from 4.047 million to 6.487 million. Hires went from below openings to above them as people got back to their jobs. You wouldn’t see such a spike in hires if people were refusing to go back to work until their $600 weekly benefits expire.

Policy makers are misidentifying incentives by claiming people are only staying home to get extra money. There were media stories of people not wanting to get paid by their employer via PPP money because they were making more not working. Media stories don’t represent the entire picture. Plus, there’s a difference between getting paid to stay home in both scenarios and actually getting paid to work as the economy opens up.

The economy has been getting worse from the 2nd half of June into early July. Once the unemployment benefits from the federal government expire, the economy might get even worse. The two variables are whether another fiscal stimulus is passed and whether COVID-19 improves. So far, COVID-19 isn’t improving as hospitalizations continue to spike in the south and the west, with the south doing the worst. Florida and Texas are among the two biggest hot spots. Further news of them shutting down would be bad. Recently, Apple closed 4 stores in Melbourne, Australia which shows other areas are experiencing problems this summer as well.