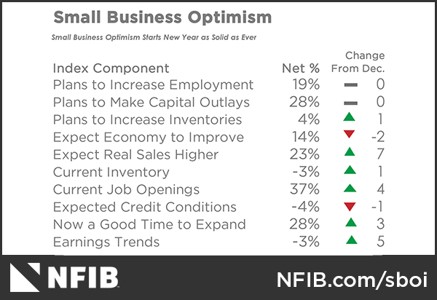 The coronavirus has done extreme damage to Chinese economic activity in Q1 as it flirts with the possibility of negative GDP growth. Just as it seemed like China was exiting this situation, a new measurement caused the number of confirmed cases to spike. On February 12th, the number of cases increased by 14,840 to 48,240. The growth rate would have fallen using the old method. The new method includes those who were “clinically diagnosed.” Unfortunately, total deaths rose by 242 to 1,310. Globally, there are over 60,300 confirmed cases and 1,369 deaths. Don’t compare total deaths to the normal flu because the normal flu doesn’t cause a country’s economy to practically shutdown.

According to GZERO, the projected negative impact from the coronavirus on Q1 GDP growth is 1.738% for Hong Kong, 0.416% for the global economy, and 0.116% for America. The -0.167% impact on German GDP growth could be enough to push it into a recession because the current forecast is for 0.7% growth in 2020 with 0.1% growth in Q1 and -0.1% growth in Q2. The center of the coronavirus is the Hubei province (Wuhan is the capital). Hubei has a work suspension that is currently in place until February 20th.

Hubei has a 39.4% share of China’s phosphorus mining, 11.9% share in cloth, 11.6% in yarn, 7% in beverages, and 8.9% in cars. Speaking of cars, Chinese auto sales are likely to have fallen 18% in January with a 54.4% decline in new energy vehicles. The former had its 18th straight month of declines and the latter is on a 7 month streak. The China Association of Automobile Manufacturers predicted sales would fall 2% in 2020 last month. The declines will be much greater than that in Q1, bringing down the yearly total. As you can see from the chart below, daily coal consumption usually falls during the lunar new year, but increases rapidly afterwards. This year, it has stayed low. According to JP Morgan, it is down 40% from its seasonal average which is near its expectation for the decline in industrial production.

The budget is in a unique spot because the deficit is increasing substantially even though the unemployment rate is low and corporate profits are near their record high. Seeing this situation, some Democratic candidates like Bernie Sanders are calling for a big increase in spending while candidates like Pete Buttigieg believe the deficit is a problem. We’re not picking sides here; we’re just discussing the facts.

The January NFIB small business confidence index rose from 102.7 to 104.3 which beat estimates for 103.2. This was a really good report because key areas showed a big jump. As you can see from the table below, 6 categories increased, 2 fell, and 2 stayed the same.

Specifically, the net percentage of firms that expected higher real sales in the next 3 months jumped 7 points to 23%. That’s the best reading since May 2019. This increase might be related to the trade deal since expectations for the economy to improve actually fell 2 points to 14%.

We care more about what firms think of their own business than their macro outlook because it can be flawed. The other great improvement was in the net percentage of small firms that had higher earnings in the prior 3 months; it was up 5 points to -3%. Keep in mind that this reading is almost never positive. It hit an all-time high last May when it was 3%. Once again, opinions on the economy aren’t as important as actual earnings. The net percentage of small firms with positions that they weren’t able to fill rose from 33% to 37%. This indicator flies in the face of the JOLTS report (although technically it did fall 5 points in December which is the month the recent JOLTS report was from).  New job creation was strong as an average of 0.49 workers were added per firm which was the highest since March.

The chart below shows the relationship between the yearly change in real sales expectations from small firms and the manufacturing ISM PMI. As you can see, the improved expectations imply the ISM PMI will increase to about 54 shortly. Without the coronavirus, it would be very obvious we are in the beginning stages of a global cyclical manufacturing upturn.

Stock Based Compensation Is An Expense

The mature firms in the top category have compensation plans that are more in line with their revenues than the newer bottom firms. The goal is to have this percentage fall especially if a firm is struggling to make a profit.

The coronavirus will have a massive impact on China’s Q1 GDP growth when all is said and done. The good news is by the time those reports come out the recovery should be well underway. The recovery in China’s stock market already started as the Shanghai Composite rose 7 straight days after cratering in its first trading session following the new year holiday. It fell slightly following the news of the new measurement. The small business confidence index was strong especially when it comes to sales expectations and past earnings. Stock based compensation as a percentage of revenues should be reviewed if you are looking at the adjusted earnings of a tech/growth firm.