What Role Does Gold Have in Today’s Markets? 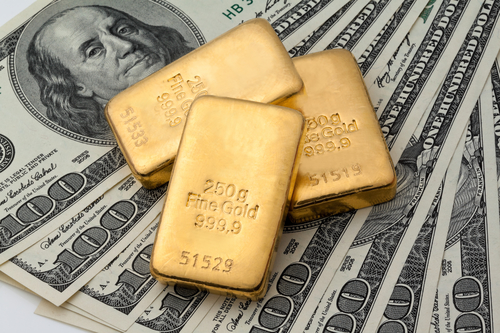 In modern financial markets, the list of securities you can place bets on is long indeed. In addition to traditional investments such as stocks and mutual funds, newer financial instruments such as derivatives and ETFs (electronically-traded funds) have become popular. There has even been an attempt recently to allow investors to purchase an EFT linked to bitcoin, the popular digital currency.

Given the upsurge in investment novelties, not to mention the solid performance turned in by worldwide equity markets in recent years, the question must be asked: what role does gold play in today’s security markets? The question is not merely academic, as gold has long served as a store of value, especially during troubled financial times. Have recent financial innovations usurped its role as an asset that investors can use to safeguard their wealth when uncertainty prevails in financial markets? To answer this question, we need to examine how gold is perceived in the modern era.

The Value of Scarcity

When central banks severed the link between gold and currency in the 20th century, some observers opined that the “barbarous relic” would sink into obscurity as investors turned to official national currencies and income-producing assets to store their wealth. However, such predictions proved to be, at best, mere wishful thinking. While national currencies such as the US Dollar or British Pound were more convenient than gold, especially in their digital forms, they lacked one crucial element that has made gold so precious (pun intended) to investors over the millennia: scarcity.

While gold, and its sister metal silver, is limited in quantity due to both its absolute scarcity in the earth’s crust and the difficulty and expense involved in extracting it from the ground, its replacement as an official marker of value, fiat currency, is subject to no such constraints. As a result, whatever advantage such money offers in convenience can be more than overcome by the ability of governments to print or digitally create fiat currency in virtually unlimited amounts. This has been seen in notorious cases of hyperinflation throughout the years, whether in revolutionary France, Weimar Germany in the 1920s, or Zimbabwe in recent times.

To protect against the risk that a government facing financial distress resorts to currency debasement to attempt to print its way out of trouble, investors in both ancient and modern times have found that gold’s scarcity allows it to serve admirably as a store of value. As a fiat currency’s value falls, gold typically rises proportionately, protecting its owners from suffering a catastrophic decline in the purchasing value of their savings.

A prime example of gold’s continuing role as a store of value in the modern world is the significant amount of the metal held by the world’s central banks. Even after the metal was demonetized in the United States in 1971 when Richard Nixon severed the last link between gold and the U.S. dollar, central banks around the world continued to hold the metal. While in a few cases central banks have sold off their gold holdings, in recent years the trend has primarily been in the other direction, with central banks, especially those of Russia and China, adding to their stocks of gold. This trend accelerated after the great financial crisis of 2008, when central banks, especially in the West, ratcheted up currency creation to help stave off the aftereffects of the crash. Sure enough, as currency debasement accelerated around the world, gold rose in the wake of the crisis, hitting nosebleed levels in 2010 and 2011. While the metal has fallen in value since that time, central banks around the world have continued to buy, emphasizing the value many of these banks assign to holding significant amounts of the yellow metal in their reserves.

An Enduring Store of Value

While predicting gold’s price in the short run can be a fool’s errand, its worth as a store of value, especially when a crisis causes investors to question the financial stability of a nation or nations, appears to be unaltered by the passage of time. While no longer officially linked to national currencies via a gold standard, the metal’s historical tendency to preserve its holders’ purchasing power during inflationary times makes it valuable to those looking to protect themselves from the ravages of inflation. While the precious metal’s value has slumped from the high it hit in the wake of the great financial crisis, those who believe that the massive creation of currency occasioned by the crisis only temporarily papered over its ultimate causes may find the yellow metal to once again be in high demand in the not-too-distant future.

Which begs the question, do you own money or currency?