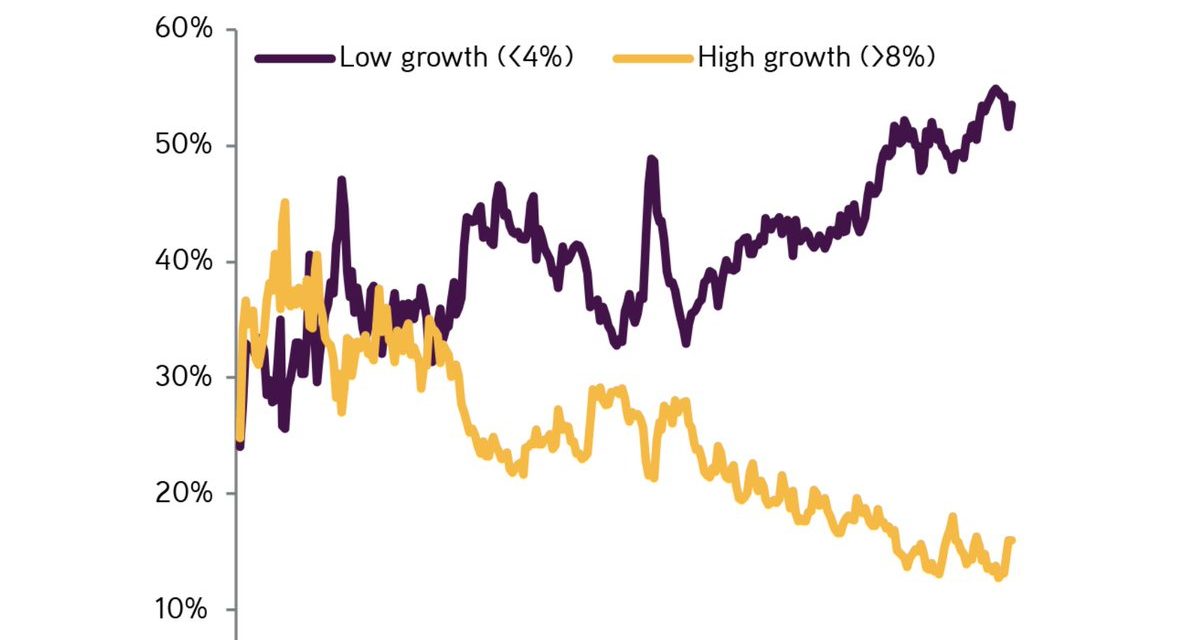 Value investing has done so poorly as a factor, the charts keep going back further to find a time that’s similar. Unfortunately, we can’t find one. As you can see from the chart below, even since 1826, the year of Thomas Jefferson’s death, value hasn’t had as bad of a run as it has had in the past decade. Markets are dramatically different now than in the 1800s, but the one thing that stays the same is human emotions. Humans act the same. They want to join crowds. They get nervous and they get confident. It’s difficult to keep your cool when a stock you own doubles or gets cut in half. The natural tendency is to want to react whenever prices move sharply. That’s not always the best course.

Value has done historically badly because commodities prices are low (bad for energy stocks) and real interest rates are low (banks have tight interest spreads). We have record low rates and very low inflation. Central banks are desperate for economic growth and inflation, yet not much comes.

COVID-19 accelerated the prior trend because many of the value stocks don’t do well in a social distanced world. It makes for a nice crescendo in the trend. Of course, the value versus growth debate is incomplete because individual companies are a lot more than their factor. However, many times this year, we have seen large ‘factor days’ which are days where growth and value are inversely correlated. These are days you can tell what is driving the market. For example, good vaccine news would be good for value (banks) and bad for growth (software).

Large growth companies are not only overtaking value names; they are overtaking the entire economy. Just a few companies control so much of the market. The big growth names make excess profits without having that many employees which means they increase income inequality. For low level positions, big tech firms hire contracted work which is more efficient for them, but doesn’t let low level workers share in the company’s gains.

As you can see from the chart above, the top 25 large growth firms are now 62% of the U.S. economy. This percentage has gone vertical this year. They have done well in the pandemic economy, but this elevated level isn’t sustainable. The peak was 39% in March 2000 and 16% in 1973. Those were overall market peaks. When these large growth firms fall, they will take down the indexes even if small value stocks gain. Some will say international sales help U.S. firms overtake the domestic economy, but it’s possible other countries create their own versions of services so they can benefit. Why let big U.S. tech firms overtake your economy? For example, the chart below shows the Google Play Store and the Apple App Store have lost market share to the OneStore in Korea.

Why Is Growth Doing Well?

Growth stocks are doing well because economies aren’t growing quickly. Therefore, growth is rare. As you can see from the chart below, the percentage of companies with sustainable growth above 8% has fallen rapidly since 2000 and the percentage with below 4% growth has risen. Rare things get priced higher. Interest rates are lower, so there is a lower hurdle rate to invest in growth stocks.

Money is cheaper, so there is less of an impending need to make a profit. Companies can afford to lose money for years. It’s a virtuous cycle because investors purchase equity in growth firms, so they don’t even need to issue debt. The problem is when so much money chases growth, it gets tough to ever make a profit since there is so much competition. If your competitors don’t care about making a profit, your exciting growth industry suddenly has impossible competition.

Banks are considered stodgy old value companies, but the growth in deposits and the housing market have helped them expand quickly. That helps explain the chart below which shows they had the biggest improvement in 2020 EPS estimates in the past week. Tech has a tougher bar to exceed which might explain why its estimates fell.

This isn’t to say the industries most hurt by the social distancing economy are doing okay. They are still in a world of hurt. All the industries you expect to be hurting are in deep trouble. In Q3, airlines were the worst as they had a 313% decline in earnings. That’s why they begged for bailouts. Any earnings decline worse than 100% is a loss. That was the case for 4 industries. Hotels, restaurants, and leisure (one industry) had a 133% decline in earnings.

It’s no surprise energy isn’t doing well. That’s why in October, the fund manager ownership of energy had a z-score of -2.1. Of course, with cyclical stocks, it’s the best time to buy when the environment looks the grimmest, assuming you see a reason for the environment to change in your given investing timeframe. It was very grim in Q3 as oil, gas, and consumable fuels had a 129% decline in earnings (3rd worst) and energy equipment and services had a 68% decline (5th worst).

As you know, energy’s percentage of the S&P 500 hit a record low this year. However, we found an even worse stat. As you can see from the chart below, energy’s current weighting is lower than any sector weighting since at least 1990.

The graphic shows what percentage each lowest sector had per year. This also gives a small glimpse at diversification. If even the lowest sector had 5% to 6% share in the early 1990s, it means the big sectors probably weren’t as dominant.

Value is truly doing the worst ever. Don’t overthink this. It’s not because these firms are suddenly way worse. It’s because their business (commodities & banking) has suffered in this low interest rate environment. Plus, investors prefer growth in such a scenario (it’s also tough to come by). U.S. growth firms are dominant internationally which might cause some countries to support their own domestic firms. The banks recently had the best 2020 EPS estimate improvements. They are well capitalized and are benefiting from the hot housing market and the increase in deposits. Energy is doing so poorly that no sector has ever had this little share in the S&P 500 since at least 1990.