No Economic Stimulus, No Productivity Growth 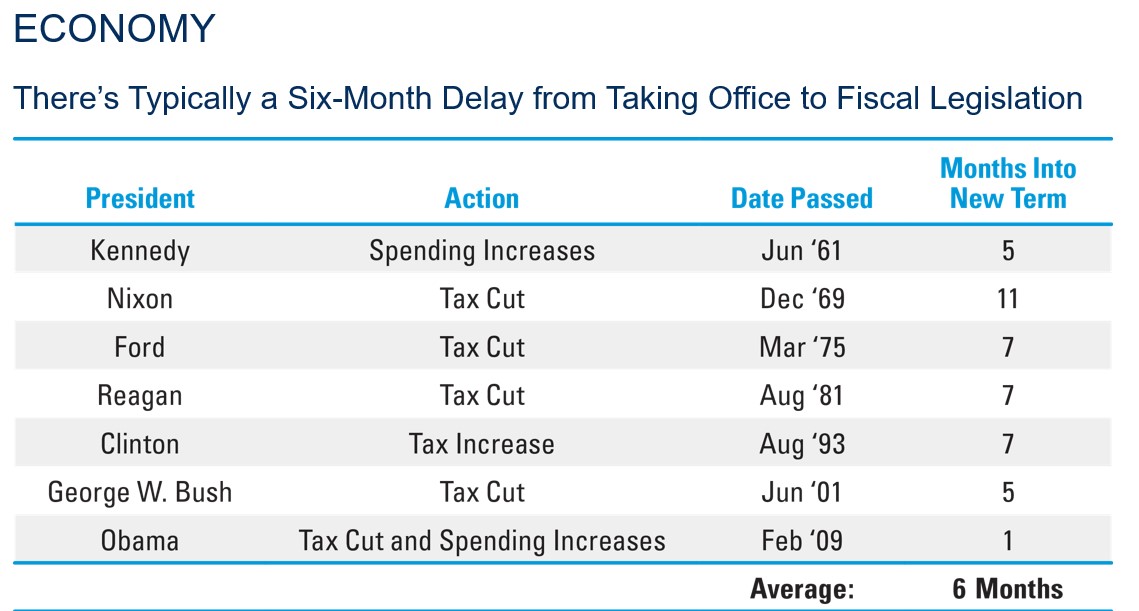 In the recent few weeks the reflation trade has unwound as the Russell 2000 is now negative for the year, the ten-year bond yield has plummeted to 2.2374%, and bank stocks have fallen about 9% since March 1st. To be clear, the Russell 2000 initially rallied after Trump’s election because deregulation helps small firms the most. Large firms can afford to pay compliance people to figure out how to work within the rules, but small firms must figure it out on their own. The most onerous regulation is Dodd-Frank which is strangling community banks. That’s why the regional banks rallied the most after the election as Trump promised to repeal it. The ten-year bond yield rallied because Trump’s infrastructure plan and tax cuts were expected to drive inflation higher. The banks were rallying because Trump’s stimulus was expected to help loan growth; the increased inflation would cause the Federal Reserve to raise rates which would increase their net interest margins.

The unwinding of the inflation trade has come about because of the recent weak economic data combined with the GOP’s failure to get past the first step of passing healthcare reform. The GOP didn’t even vote on the plan in the House of Representatives. After it passes the House, it still must pass the Senate before getting to the President’s desk for him to sign it. Healthcare reform needs to pass before stimulus because the savings from this new plan will give the government money to spend on tax cuts.

Looking at the situation today it’s easy to wonder why the stock market trusted politicians to act since they are usually slow to get anything done. The reason investors bought stocks after Trump was elected can be seen in the chart below.

As you can see, seven out of the past ten presidents had an economic stimulus plan enacted in the first year after being elected. Trump has the GOP controlling both parts of Congress, so one would think it would be a slam dunk. Now that the GOP has failed in its first attempt at passing healthcare reform, you can look at this chart as a time clock the GOP has to pass some type of fiscal stimulus. After healthcare reform is passed, negotiating on tax cuts won’t be easy because the way the GOP plans to fund the cuts is a boarder adjusted tax which is unpopular among some in the party.

Some believe productivity growth is a function of the level of the innovation in the economy. With the invention of electricity, productivity skyrocketed. Economies have so many moving parts, it will never be possible to prove the exact causes of one data point. It’s likely being driven by a multitude of factors.

A second hypothesis is promoted by the International Monetary Fund (IMF). The IMF states that there hasn’t been enough risk-taking.

“To encourage investment and risk-taking, governments need to give clear signals about future economic policy.”

The IMF must not be looking at the stock market because it looks like low interest rates have encouraged risk taking. The problem is where the risk-taking is. Risking money in stocks which are using excess capital to buy back their own stock doesn’t help productivity. This is why the IMF correctly points out that an increase in Research and Development (R&D) spending is what is needed.

Additionally, as the IMF continues:

“if advanced economies were able to ramp up private R&D by 40 percent on average, they could increase their GDP by 5 percent in the long term.”

There has been a low amount of private business fixed investment. Firms are using cheap debt to buy out their competitors. Buying a smaller firm does nothing to improve productivity. It also seems like a bad idea. As you can see from the chart below, the median EBITDA multiple of acquisitions is the highest ever. The bubble in the stock market is rewarding this risky behavior. It’s not the correct risk which needs to be taken to grow productivity. 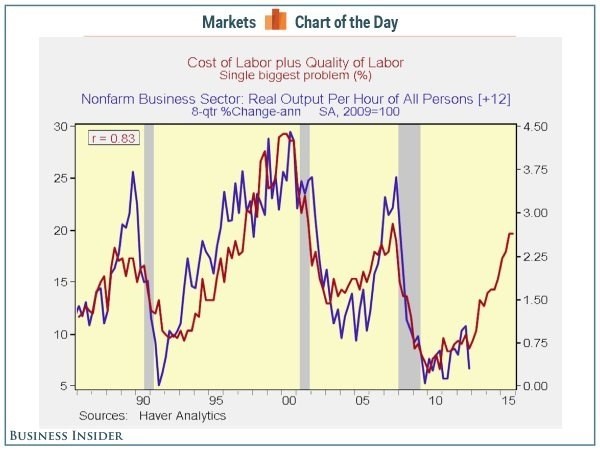 The theory is that when wage growth is high, firms need to figure how to be more productive to avoid hiring new workers. Janet Yellen, the Federal Reserve chairwoman, says the exact opposite of this theory saying that productivity growth drives wage growth.

The reason hourly wage growth has been low is because there’s still a lot of unemployed people in the labor market. This is because the prior recession was so deep. This gives credence to another hypothesis which is that the remnants of the recession are causing weak productivity growth.

The reflation trade is over because the GOP hasn’t delivered stimulus. On average, it takes six months to pass stimulus. It has only been three months into Trump’s presidency, but the chances of anything passing within the next three months are low because healthcare reform needs to come before stimulus. The first attempt at healthcare reform couldn’t even get a vote in the House of Representatives. Productivity growth may be weak for a few reasons, but until companies begin to spend capital on growing their businesses, instead of indebting themselves to purchase their own stock or acquire competitors to drive up market valuation and with it payouts to executives, the probability that the economy will grow decreases.