Is The Virus Already Priced In By Stocks? 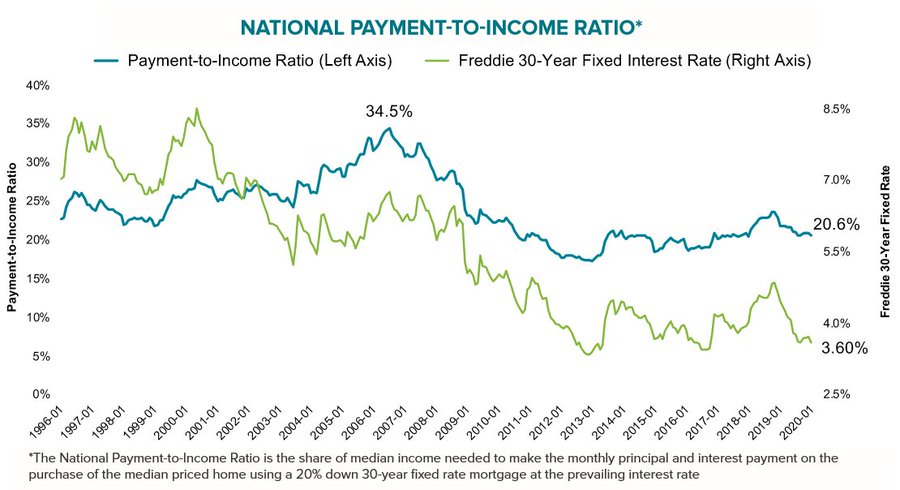 C&I loan growth is a lagging indicator, but it’s still worth following since gross private fixed investment growth has been weak in the past few quarters. With the improvement in earnings and potential improvement in loan growth, business investment growth should improve from Q4’s rate. To support the point that C&I loan growth is lagging, notice that yearly growth bottomed in February 2010 which was 8 months after the recession ended. Loan growth bottomed in November 2017, even though the slowdown ended in the first half of 2016. The current slowdown started near the end of 2018, while yearly growth didn’t peak until February 2019. Growth might not bottom until later this year even if the slowdown may have ended already.

The Fed released its Senior Loan Officer Opinion Survey (SLOOS) for Q1 on February 3rd. Let’s look at the data. As you can see from the top chart below, the net percentage of banks reporting tightening C&I lending standards for large and medium firms fell from 5.4% to 0%. That’s a good change, but it’s only the lowest since Q3. Similarly, for small firms the net percentage fell from 5.6% to -1.4% which was the lowest since Q3.

The net percentage of large and medium firms with increasing spreads of loan rates over cost of funds fell from -20.5% to -20.8%. For small firms, it rose from -15.7% to -10.3% which isn’t a great sign. Small firms have been underperforming in this metric for most of the past couple of years. Finally, the net percentage of banks reporting stronger demand for C&I loans from large and medium firms increased from -21.6% to -11.%. For small firms, it went from -16.9% to -11.4%. This entire section mostly showed improvement, but the results were far from strong.

The Consumer Is Looking Strong

Within the SLOOS report, the net percentage of banks tightening standards on credit cards rose from 10.4% to 13.6%. For new and used autos, it rose from 0% to 8.9% which isn’t good. Interestingly, the January motor vehicle sales report was still solid as total sales rose from 16.6 million to 16.8 million which met estimates. Considering that motor vehicles and parts sales were a weak point for retail sales in December, it looks like yearly retail sales growth will rebound in January, not that December sales growth was terrible. The net percentage of banks reporting increasing demand for auto loans fell from 10.3% to -5.4%. For credit cards, it fell from 6.4% to 2.3%.

The consumer is likely to be in strong shape as there is no evidence the coronavirus hurt sentiment. In the final week of January, yearly same store sales growth in the Redbook report rose from 5.5% to 5.7%. As you can see from the chart below, in the last week of January the IBD/TIPP Economic Optimism index rose to 59.8 which was the highest reading since January 2004. Judging by its seemingly high correlation with the University of Michigan survey, it’s a relevant survey. The modest decline in stocks didn’t hurt confidence.

In a recent article we mentioned the homeownership rate was driven up by households making below the median income. That’s logical because a large portion of those making above the median already own a house. Plus, low wage growth has been strong. Finally, as you can see from the chart below, housing has gotten more affordable in the past few months. Because of the decline in rates, the payment to income ratio has fallen to 20.6%. This is good news for the housing market which has recently been helping GDP growth after it hurt it for a long string in 2018 and 2019.

It has been a perfect storm for Trump recently as his popularity is reaching the highest of his term and the Iowa caucus looked bad for the Democrats because of reporting delays. As you can see from the chart below, Gallup shows Trump’s approval rating is 49%. If it is in the low 50s by election day, he will be tough to beat.

From February 2nd to February 5th, his odds of winning re-election increased from 46% to 52%. Within the Democratic primary, Biden has slipped sharply after coming in 4th in Iowa and earning 0 delegates. Biden has gone from having a 43% chance of winning the nomination on January 8th to just a 17% chance. Bernie Sanders is in 1st with a 42% chance and Bloomberg is in 2nd with a 21% chance. The New Hampshire primary is on February 11th. In the average of recent polls, Sanders is up by 8%. The February 19th debate will be pivotal because it should be the first one Bloomberg is allowed to participate in.

The coronavirus has killed 494 people worldwide and there are more than 24,600 confirmed cases in over 25 countries. The impact on the Chinese economy in January and February can’t be understated. 16 cities are on lockdown and 45 million people have been affected. Early economic results look terrible. From January 10th to February 4th passenger flights in China fell 12.1% yearly. On February 4th alone, the decline was 63.8%. On Monday, there were 1.6 million passenger railway trips was which was down 86.1%. As you can see from the chart below, the coronavirus will hurt Chinese 2020 GDP growth by 0.6% with the largest impact being in Q1. The great news is the daily death growth factor has been falling recently which means the worst of the virus is likely behind us.

There are some suggestions that lending to businesses might be picking up. The consumer looks to be in great shape in January despite the negative headlines. Look for yearly retail sales growth to increase. Housing affordability has increased which is the logical reason why the homeownership rate is up. Trump’s poll numbers have been rising and the Iowa caucus didn’t go well which is the perfect combination for his election odds. It’s still uncertain who the Democratic nominee will be. The coronavirus looks to be winding down, but the impact on the Chinese economy is only just starting to be reported. That’s not to say Chinese stocks will fall after the data comes out. They likely have already priced most of the weakness in.