Is The Recession Over? 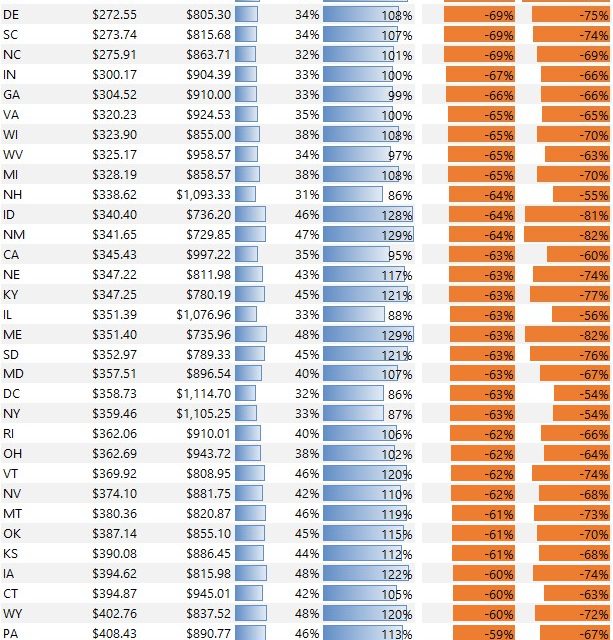 The jobless claims report in the week of May 23rd improved from the prior week as there were 2.123 million initial claims which fell from 2.446 million. As you can see from the chart below, that was a 13% decline which was an improvement from the prior week where there only was a 9% decline.

PUA or pandemic unemployment assistance claims, which are claims from self-employed people, totaled 1.2 million on a non-seasonally adjusted basis. You can’t seasonally adjust for a new program. Initial claims have fallen for 8 straight weeks which is the longest streak on record. Including PUAs, claims rose in the last report, but fell to a new low in this one.

Initial claims are highly correlated with stock prices which explains the enormous rally in stocks. Remember, when claims are high and falling it’s the best case for stocks. Many on Twitter discounted the data we presented, but it ended up being right as stocks have done well.

Jobless claims in California, Washington, New York, Florida, and Michigan rose. Remember, we mentioned in a previous article that claims in Washington had a backlog that wouldn’t be resolved until June. This is an example where it’s a good thing for claims to rise because it means unemployed people are getting the money owed to them. Total claims including PUA are now 42.6 million in this recession. That’s about 28% of February’s employment level. The May BLS reading will show unemployment in the mid-20s. The chart below shows Equitable Growth is forecasting a 28.6% unemployment rate based on initial claims.

Georgia showed an improvement which is interesting because it was one of the first states to reopen and has one of the worst labor markets. It has room to improve and the reopened economy is allowing some people to go back to work. The worst week of this cycle was the week of April 4th which had 377,105 claims. In the past 2 weeks, initial claims have fallen from 240,092 to 175,327 and then to 163,304. The entire impact of this recession has been a cumulative of 2.1 million claims in the state which is 41.3% of its labor market. That’s certainly partially why the state reopened as quickly as it did.

The best part of this jobless claims report is that there were 21.1 million continuing claims which is down from 24.9 million (in the week of May 16th). Whenever continuing claims start to fall, it signals the recession is ending and the recovery has started. Because this is only one week of data, we can’t make that call yet. This improvement could be from data adjustments or irregularities. It could be because people are getting rehired, in which case the recession is basically over. The start of this recovery will be worse than the peak of every recession since the Great Depression, but it’s still a recovery if all the data is improving. Obviously, not much hard data has improved yet, but look for that potentially to occur in June.

Since a sustained decline in continuing claims means the recession is over, it’s worth looking at how that decline happened. Non-seasonally adjusted continued claims fell from 22.8 million to 19.1 million. That’s about the same size as the seasonally adjusted drop. California and Florida were 82% of the decline. Florida had a 76% decline in continued claims which would never happen outside of an extreme event like this. Florida’s economy is 50% open. Employees are willing to take workers back and if they don’t want to come back because they don’t feel it’s safe, then they can no longer qualify for unemployment insurance.

On the one hand, you can argue the situation is relatively safe in Florida as COVID-19 didn’t cause as big of an impact as some feared. On the other hand, the entire unemployment insurance situation was botched. People couldn’t sign up for benefits right away and now many won’t be able to get them. The economy isn’t good just because people aren’t getting benefits. If they are unemployed and aren’t getting help, it’s worse even though the data looks better on a surface level. Washington had a 40% decline in continued claims as well. The next biggest drop was 16%.

Excluding Florida and California, non-seasonally adjusted claims fell 3.9% instead of 15.5%. That’s still a decline though. That’s in line with the anecdotal evidence that states are reopening and the statistical evidence than economic activity is rebounding. For example, as of May 27th there was only an 84.6% decline in reservations at restaurants. The trend has been towards steady improvement in the past few weeks.

Potential Cliff At The End Of July

There’s an argument that states we are experiencing the easy pickings of this recovery which won’t last. The theory is that some jobs will come back right away when states reopen, but many jobs will take much longer to come back because of the social distancing rules. That might not matter because by the time all the easy pickings are done, social distancing might relax. That negative catalyst is dependent on whether a 2nd wave of COVID-19 comes.

It looks like the federal government might drop the extra $600 weekly unemployment benefit at the end of July. If that occurs, unemployed workers will see a 50% to 70% drop in income overnight. The chart below shows the income drops in each state. The labor market won’t be close to back to normal by the end of July which means the economy could tank. It would make sense for the government to give a smaller benefit to smooth the transition while not paying workers more to stay home from work than to work.

The jobless claims report improved in two ways. The percentage drop was larger and the number of continued claims fell which usually signals the end of recessions. When you include PUAs, claims rose in the last report, but dropped again in this one. On the negative side, the unemployment rate is in the mid to high 20s and the extra benefits from the federal government are set to expire in July which is before the labor market will fully recover. This could be a very quick recovery in the labor market, but it can’t be that quick! Some jobs won’t come back because businesses went under.