Fund Managers The Least Bullish On Value Stocks Since 2010 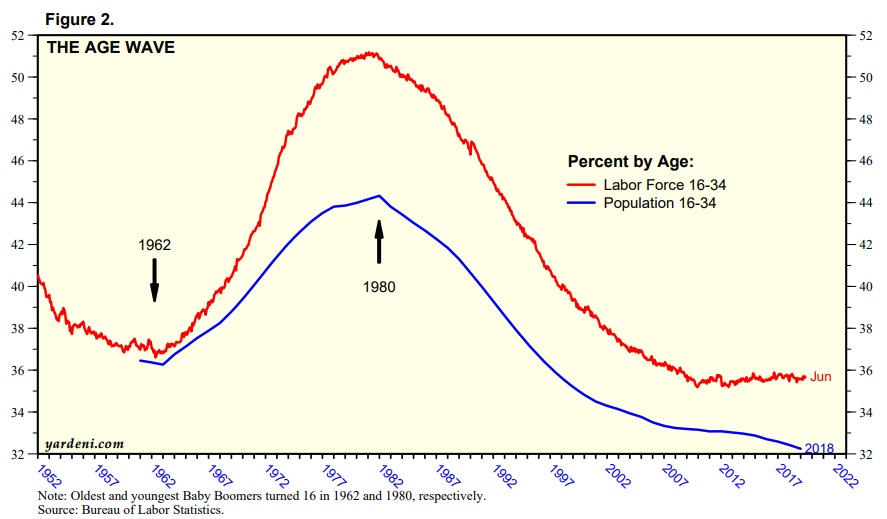 We got the first of the July regional Fed manufacturing reports on Monday with the Empire Fed reading. Keep in mind, we still hadn’t gotten the June industrial production report as of Monday. The July Empire Fed reading showed a solid improvement as the general business conditions index beat estimates for 0.8 by coming in at 4.3 as you can see from the chart below.

This was an improvement from -8.6 in July. The ISM-like weighting of this index improved from 48.4 to 49. As we know, the June ISM manufacturing PMI was 51.7, so it wasn’t as weak as the Empire Fed index.

The Empire Fed report might have improved because of the trade deal with Mexico and the renewed trade negotiations with China. We will get a better understanding of whether the manufacturing sector is actually improving and why it is doing so from the regional Fed indexes that include quotes. The internals of this report were solid even though the ISM-like PMI didn’t improve much. The new orders index was up 10.5 points to -1.5. Employees worked more, but there were less of them. The workweek index was up 6 points to 3.8 while the number of employees index cratered 6.1 points to -9.6 which is the worst reading since 2016. That’s interesting since the manufacturing sector added 17,000 jobs in June according to the BLS report.

Fund managers in the July Merrill Lynch survey were bearish just like in the June survey. However, as you can see from the chart below, the net percentage of fund managers who see value stocks outperforming growth stocks has fallen to the negatives.

That’s the lowest percentage since late 2010. You would think a conservative fund manager would pick value stocks to outperform. This response is likely related to sector performance. The value factor is overweight financials and energy while growth is overweight healthcare and tech. If fund managers see the Fed cutting rates because of slower growth, they might want to avoid financials. The KBW ETF, which measures regional banks, is down 11.06% in the past year while the S&P 500 total return index is up 9.79%.

These fund mangers might want to consider the potential negative catalyst to the healthcare sector that is the 2020 election. Even though Joe Biden is up 13 points on his nearest competitor in the latest poll from The Hill, the establishment Democrat has pushed towards the left with his healthcare plan. His progressive plan includes a Medicare option, negotiated drug pricing for Medicare, and expanded Affordable Care Act tax credits for the middle class. This isn’t complete socialized care which would be Medicare for All, but it’s headed in that direction. In response to Biden’s plan, The Partnership for America’s Health Care Future stated, “research warns that such an approach could be disastrous for patients and consumers.” The healthcare companies don’t like it.

Fund mangers are taking a cautious approach because they see the end of the cycle coming. The z-score for cash is a very high 1.5. Managers are buying staples, America, bonds, healthcare, and consumer discretionary stocks. As we mentioned earlier, tech and healthcare are growth sectors and energy and financials are value sectors. Sure enough, managers are overweight tech and healthcare and underweight the banks and energy. They are also modestly underweight the dollar possibly because they see the Fed cutting rates. Finally, fund mangers are underweight equities in general even though the MSCI ACWI is up 16.54% year to date and is almost at its record high set in January 2018.

Many contrarians utilized the April Businessweek headline which stated “inflation is dead” to press on the narrative that inflation will increase. We discussed that in “Is Deflation Dead?”. The fact that inflation has been weak in the past few months since then supports the notion that you can’t just go against the consensus because it is firmly entrenched. Highly anchored low inflation expectations is actually a reason to not bet against inflation staying low in the short-term. There isn’t a new population boom that will suddenly change the inflation regime. This isn’t a trade where everyone is on one side because of some sort of hype. It’s just reality.

As you can see from the chart below, the percentage of the labor force that is 16-34 years old spiked around when inflation was very high in the 1970s and 1980s. Inflation has been low this cycle and so has the percentage of workers in this age range.

The long run secular inflation trend is currently in tune with the cyclical trend as the decline in economic growth caused a net 1% of fund managers to expect higher global inflation which is a 7 year low and is in tune with going underweight energy and materials. A BIS working paper stated, “A larger share of young and old in the population is associated with higher inflation. Conversely, a larger share of working age people is associated with lower inflation…In the United States a high share of dependents in the population raised yearly inflation by around 7 percentage points between the 1950s and 1970s. And a higher share of working age people brought inflation back down, by around 7 percentage points, between the 1970s and the 2000s.”

The July Empire Fed general business conditions index showed modest improvement possibly because of optimism on trade. We need to see the rest of the regional Fed indexes before determining if this is a real bounce in manufacturing optimism. Fund managers think the business cycle is ending, don’t expect value stocks to outperform growth stocks, and are very long cash. There is a 7 year low in global inflation expectations. Inflation is weak for cyclical and secular reasons. The economy is in a slowdown and demographics are currently hurting inflation. The percentage of 16-34 year olds has been low this cycle.