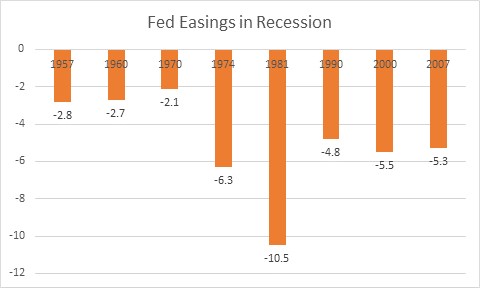 The economy looks like it has momentum as of the beginning of 2018 based on most indicators. For example, retail sales growth was 5.4% in December and 4.2% for all of 2017 which was up from the 3.2% growth in 2016. However, retail sales in January declined 0.3% compared with a growth of 3.6% a year earlier. Small business optimism in 2017 was the highest in the 45 years of the NFIB survey. The stock market kept hitting record highs throughout January as corporate earnings growth was solid. Finally, inflation has been increasing. The core inflation is at 1.8% for both the months of December and January. Core inflation has primarily been below the Fed’s 2% inflation target since it was set in 2012. 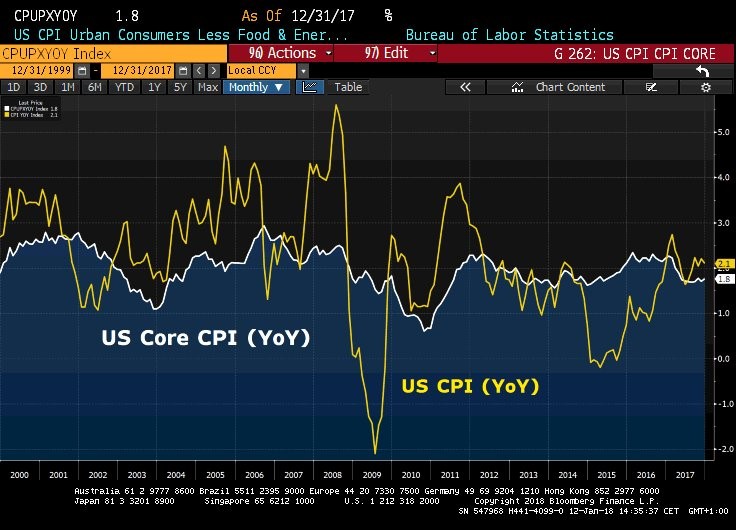 The Fed Stuck With Low Rates

Even though growth has been strong in the past 12 months, the Fed isn’t satisfied. In fact, the Fed is considering changing policy because it is so concerned about the future. The catalyst for this nervousness is the low inflation we showed in the chart above. This is disconcerting for the Fed because it wants to raise rates high enough to be in the position to cut them significantly in the next recession. The low rates are another reason why Yellen was so dismissive of the signal an inverted yield curve would suggest for the probability of a recession occurring. She doesn’t want a recession soon because the Fed is still at a Fed funds rate between 1.25% and 1.5%. The chart below shows how much the Fed cut rates in the past few recessions.

Fed Eases 5% On Average During Recessions

The average percentage of cuts is 5%. The lowest cut percentage was 2.1% meaning if a recession happened now, there wouldn’t be room to cut that amount unless the Fed went below the zero bound which is theoretical and practical lunacy.

While our example of a recession occurring now is unrealistic, one occurring in a few years is probable. The expected Fed funds rate in 2020 is 3.125% and the long run expectation is somewhere between 2.75% and 3%. The Fed blames the low rates on the low neutral rate. We’ve discussed the neutral rate in the past. It’s the interest rate where GDP grows at its long term trend and inflation is stable. Keep in mind, this rate is an opinion. Some see low neutral rates caused by the aging demographics in the developed world. Regardless of the cause of these low rates, the Fed is in a quandary because rates won’t have much room to be cut. In fact, a research paper showed that the Fed funds rate is going to be at 0% for 30-40% of the time with the current policy prescription.

Could The Fed Buy Stocks?

The Fed will be at the mercy of Quantitative Easing similar to where Japan has been for decades. The Fed might want to try buying corporate bonds or stocks in the next recession to make up for the lack of rate cuts. To be clear, that is not an invitation suggesting that they should do that, merely that it will be one of their options, and hence something we should consider as investors. There’s a difference between what the Fed wants to do and what it can do. With the current GOP Congress, that doesn’t seem like a possibility. Even if the Democrats gained control, it would still be a huge deal to allow the Fed to start buying these assets because it would be viewed as interference in “free capital markets” – the irony of which would be too much. The likelihood all depends on who is in charge of the Fed, which party controls Congress, and how bad the next inevitable recession is. These are all unknows, so this a completely hypothetical situation.

Some commentators give us grief about discussing risks of a recession without realizing that its an inevitable and necessary part of the business cycle. The point is the Fed doesn’t want to box itself into that predicament. You can say the current situation is pre-quandary. It’s dangerous to be in a situation where the Fed keeps needing to do more and more stimulus to help the economy. What’s even worse is that the Congress passed a tax cut in 2018 which means there won’t be any fiscal levers to pull if a recession occurs in 2020.

The reality is there isn’t an easy solution to this problem. If the Fed raises rates or does something else contractionary, it will cause a recession to come quicker. If the Fed keeps rates low, like the plans suggest, the problem we described earlier will occur. There are obviously policies besides changing the Fed funds rate, but it all comes down to being contractionary or expansionary.

The only solution to this problem from the perspective of the Fed is to let inflation spike higher, pushing up the neutral rate, thus allowing the Fed to raise rates further. With that in mind, let’s review the two ideas being pitched. The first is switching the 2% inflation target with price level targeting. This means having inflation reach a certain level on average over a period of time. For example, if the price level target was 2%, the Fed would let inflation get above 2% in the future since it has been below 2% for most of the past 5 years. This is a policy Neel Kashkari supports which we discussed in a previous article.

This means the Fed would leave rates low for the next few quarters and allow the economy to keep growing. The big issue with this policy is the Fed has had rates low and core inflation still has been low. It’s an interesting thought experiment to consider what inflation would be now if rates were still at zero. The other problem not mentioned in articles we’ve seen is this creates a massive boom and bust cycle. The fiscal stimulus and global growth are already pushing the economy up. If the Fed decides to be more dovish, the expansion will accelerate further. At some point in 2-3 years, the Fed would start to combat inflation, raising rates aggressively. That would cause a sharp recession. In sharp recessions, the Fed needs to cut rates more than usual.

The second solution offered by pundits is vague. The concept is targeting nominal GDP by choosing a target for consumer spending and investment by firms. This plan differs in details, but probably has the same end goal, namely allowing inflation to get higher than 2%. Possibly by not focusing on inflation, it would be allowed to increase.

The low neutral rate has put the Fed in a bind as it probably won’t be able to cut rates 5% in the next recession like it usually does. That being said, these examples are all hypothetical. There’s a possibility that the next recession is mild and the Fed is in a fine position with rates starting the recession at 3.25%. There are many variables at play. We showed what could happen in the base case scenario where there’s an average recession in a few years. The Fed would need to rely on QE to help the economy more than this past cycle because there’s less room to cut rates. The scary situation is that the Congress passed a stimulus after the expansion was 9 years old. That was terrible timing that will come back to bite the economy in the next recession when there’s no fiscal ammo to fight it.