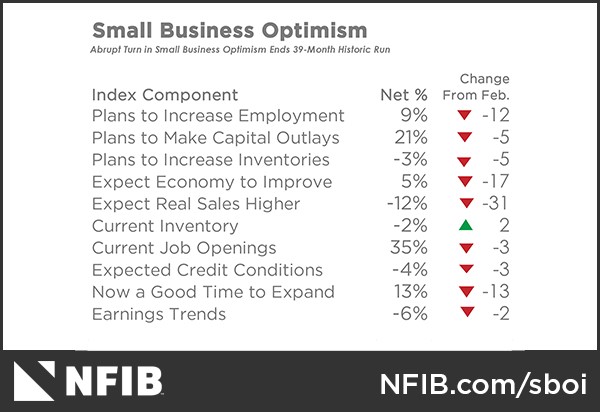 Usually, we see political and investor angst about stock buybacks, while dividends get a free pass even though buybacks are simply a more tax efficient and flexible way to return capital to shareholders. However, this time dividends are also getting criticized because firms that previously paid them are now asking for bailouts. There is validity in those criticisms, however what matters is the now, and the reality is that most companies are not prepared for such a circumstance where they are not making any revenues for a period of a few weeks to months. Perhaps in the future both investors and companies will be better prepared for such risks, but that might be wishful thinking. While COVID-19 isn’t unprecedented as there have been worse viruses, the economic shutdown is unlike anything we’ve seen. There weren’t statistical models in 1918 that told people to social distance and stay inside during the Spanish flu.

Obviously, it’s very difficult to predict where dividends are headed because it’s difficult to predict where earnings are going. We still think it’s worth reviewing potential paths especially since dividends are a big reason many own stocks as treasury yields are very low. Most firms that pay a dividend offer a higher yield than the 10 year yield which is only 77 basis points. As you can see from the chart above, Goldman Sachs thinks it will take until about 2024 to get back to the same dividends paid in 2019. The swaps market predicts it will take until about 2028. Goldman sees dividends paid falling from $58 to the low $40s. The chart on the right shows actual cuts to dividends following the financial crisis were much smaller and dividends recovered much quicker than the futures market implied in December 2008.

It’s quite clear firms will suspend their guidance this earnings season. We’ve already seen Shopify and Pintrest pre-announced guidance suspensions. These aren’t even the firms most hurt by COVID-19 (that being said Shopify does serve small businesses which have been hurt by this shutdown especially). Imagine all the retailers, restaurants, and travel companies that will suspend their guidance. The good news is this is widely expected which means it should be priced in. It’s going to be interesting to see how analysts react to guidance changes since most companies have no clue how they will do in Q2. We could see analysts lower their Q2 estimates substantially in the next 3 weeks.

As you can see from the chart above, estimates are for an 8.35% decline in Q1 EPS and a 13.29% decline in Q2 EPS. This is much different from the losses expected by some top down estimates. Recognize that bottoms up estimates are slower to react to changes but are more methodical. Someone can project no earnings in Q2 with the stroke of a key with a top down estimate. Bottoms up estimates involve hundreds of analysts forecasting earnings based on prior results and company commentary. As Q1 2020 estimates fall, Q1 2021 estimated growth is rising because the comp is getting easier and analysts believe the shutdowns will be over by then. With the first 21 firms reporting Q1 results, there is 5.08% revenue growth and -1.99% EPS growth. That’s a big decline in margins. Average growth in both categories will fall as the results with firms that have March in their Q1s start to come out.

We flagged the relatively expensive market in February as it had about a 19 forward PE ratio. The bear market pushed the PE ratio down to 13. The recent rally has brought it back to 16.8. It you use the latest EPS estimates, the forward PE ratio is actually back at 19. However, keep in mind, stocks are cheaper than their PE multiple indicates if you value them using deflated estimates than if you value them at peak earnings. Sometimes the PE ratio spikes in recessions because earnings fall. However, that doesn’t mean you shouldn’t buy stocks. If estimates keep falling and stocks keep rising, we could see an above 20 PE ratio. That wouldn’t be as much of a sell signal as the 19 PE ratio on peak earnings estimates was in February. Plus, now we have lower rates and a much more stimulative Fed. If the Fed cut rates to zero and started buying corporate bonds in February (unrealistic), then we would have easily seen a PE multiple in the low 20s.

Small business confidence fell sharply in March. It will fall further in April. Small businesses are the worst hit by the shutdowns. Wal-Mart and Amazon are taking market share from small retail stores. Groceries stores are stealing share from local restaurants. The NFIB small business optimism index fell from 104.5 to 96.4. This ended its 39 month streak of above 100 readings. This was its largest monthly decline in its 34 year history. It was high in February which gave it plenty of room to fall. It’s still in the middle of its historical range. As you can see from the table below, the specifics of the March report were terrible. The only indicator that increased was current inventories which was up 2 points to -2% (that’s not a good thing).

The expectations figures were terrible. The net percentage of small businesses expecting real final sales to be higher fell 31 points to -12%. That was its largest drop ever. The uncertainty index rose 12 points to 92 which was its highest reading since March 2017. The net percentage of companies expecting the economy to improve fell 17 points to 5%. The percentage saying now is a good time to expand fell 13 points to 13%. The good news is the percentage of firms who said their borrowing needs weren’t met only rose 1 point to 3%. A net 4% of firms said their last loan was harder to get than the previous one which was up 3 points.

Dividends are expected to be cut quickly. That takes away a big advantage of owning stocks as treasury yields are low. However, the cuts might not be as large as the swaps market expects. Q1 earnings season won’t be good and guidance will be suspended almost across the board. Technically, the market is expensive based on the lowered estimates, but that’s not a sell signal as you can’t expect earnings (or a lack of earnings) with a shutdown economy to be the norm. Small business confidence fell the most ever, but it still has room to fall further in April. There has been a 50% decline in small businesses that are open.