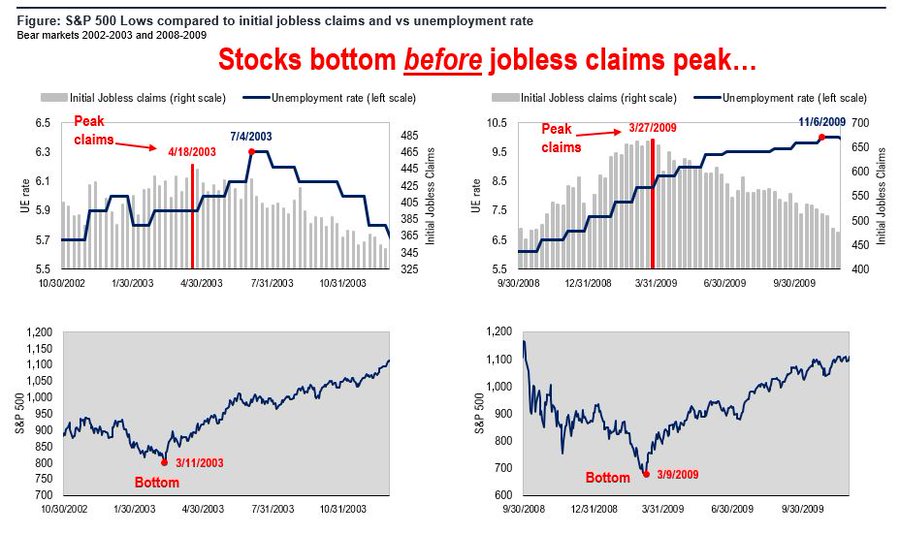 We have entered into a very unusual period in markets where the rules have changed. Earnings and official economic data don’t matter. If a firm reports bad results this quarter, it hardly tells you anything about the business. Each quarter a company reports has a small impact on its intrinsic value, but a large impact on future expectations, so stocks move sharply on small changes to results.

There’s a certain aspect of post-earnings movements in stocks related to algorithmic trading and people making bets without deciphering what the numbers and comments mean. However, each quarter gives us the best look at the potential for the business. This quarter most firms will do poorly, but that tells us virtually nothing about the long term prospects of the business. The only thing that matters is if the company has a strong balance sheet or financing options available to keep it in business long enough to see the recovery.

That perspective on earnings is an opinion based on how we’ve seen stocks react to economic reports. We’ve seen stocks ignore two record jobless claims reports in a row because economic reports have little impact on what matters. Usually economic reports help you determine when a recovery is coming, but now what tells us if a recovery is coming is the number of new COVID-19 cases. As the number of new cases starts to fall, investors will look towards government to see when the economy will reopen. If you wait for the economy to improve, you will miss the move in markets because they forecast the future.

The chart below shows stocks bottom about a month before initial jobless claims top.

The most recent bottom in stocks was March 23rd, which implies jobless claims will top in the next few weeks. It’s possible that because investors are so confident that jobless claims will top once the economy reopens they are reacting quicker than usual. We will find out the truth in a few weeks. It’s also possible that claims peak before the shutdown ends, and then fall sharply once the economy recovers.

To be clear, talking about falling jobless claims doesn’t suggest there will be a V-shaped economic recovery. It’s simply unsustainable for there to be over 6.648 million claims for much longer without literally everyone becoming unemployed. The unemployment rate is already firmly in the double digits. We will quickly run out of people who can lose their job at that rate. We say falling claims don’t imply a V-shaped recovery because even 1 million initial claims per week would be the most ever (besides this year). The charts also show how far the unemployment rate lags stocks. In this quick market, a few months is an eternity. We already have a strong understanding of where the unemployment rate is headed this spring (higher). Don’t wait until those reports come out to make your moves.

The Scariest Prediction You Will See

There appears to be a running competition on Wall Street on who can predict the worst outcome for the economy. ISI has won this race as the firm is predicting a 50% decline in Q2 GDP growth. Considering this very easy comparison, the expected -5% growth in Q3 and 5% growth in Q4 imply an L-shaped recovery. The firm sees -16% growth in 2020 and only 5% growth in 2021. That means it sees a worse economy than the Great Depression, at least in the short run. The size and length of this recession helps determine the economy’s ability to get out of the recession. The point where there is no easy return lies when small businesses go bust.

The Quickest QE Ever

The Fed’s reaction to this crisis was much quicker and more forceful than the last recession. That was necessary because there was a sharp drop-off in economic activity. The chart below shows the size of QE4 in relation to the prior 3 versions. As you can see, in just a couple weeks, it’s already bigger than the others. It could become bigger than all 3 combined. It’s also notable that buying corporate debt goes further than the Fed has ever gone.

Yellen recently suggested the Fed should be able to buy stocks. That’s notable because both Bernanke and Yellen recommended the Fed buy corporate bonds a few days before it did so. Specifically, Yellen stated, “It would be a substantial change to give the Federal Reserve the ability to buy stock. I frankly don’t think it’s necessary at this point. I think intervention to support the credit markets is more important, but longer term it wouldn’t be a bad thing for Congress to reconsider the powers that the Fed has with respect to assets it can own.”

She complained that the Fed is more restricted than other central banks. We don’t see the Fed buying stocks if the stock market keeps rising and the number of new COVID-19 cases stabilizes further. However, with the recent aggressive policy stance the Fed took this spring, it wouldn’t be a surprise if the Fed bought stocks in a future cycle. The Fed expands its power the most in crises. We won’t be deciding here if that’s proper action. We’re simply updating our expectation based on the new information from the past 6 weeks. The graphic below shows how much quicker the Fed reacted to this crisis than the last one.

The economic data doesn’t matter because traders think it can be reversed once the shutdowns end. Therefore, they are reacting to the number of new COVID-19 cases. Once it’s clear the number of active cases is dropping, there will be pressure on governments to reopen the economy. If you wait for the economic data to be strong, you will miss most of the recovery in markets. This earnings season will be the least useful in years. It only tells you how firms would do in a complete shutdown. Unless there’s another pandemic, this isn’t useful knowledge. Some predictions are becoming extreme. It’s obviously possible that the worst outcome can happen, but it’s probably good news to see expectations falling so much. It lowers the bar. The Fed’s QE4 was the most powerful and quickest round of QE ever.