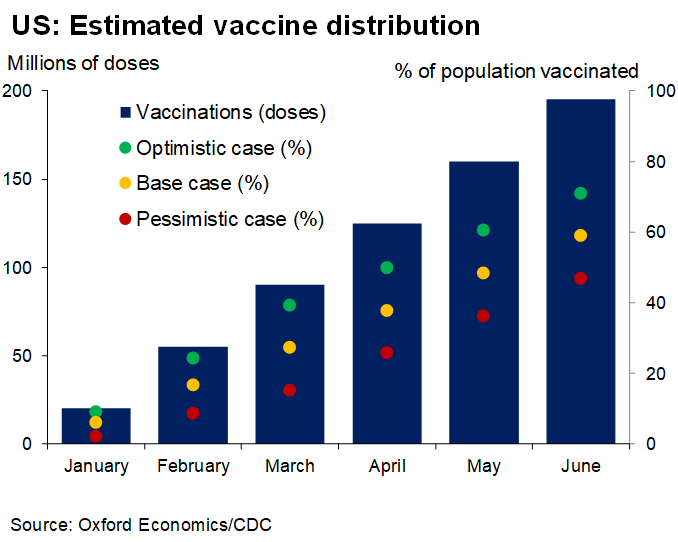 We were surprised to see that consumer sentiment rose in December despite the spike in COVID-19 cases and economic restrictions. In NYC, indoor dining was closed starting Monday. There are tough restrictions in California as well. Despite this, the December University of Michigan consumer sentiment index rose from 76.9 to 81.4 which beat estimates for 76 and the highest estimate which was 78.

Current conditions rose from 87 to 91.8 despite the recent spike in initial jobless claims and the coming expiration of pandemic benefits on December 26th if Congress doesn’t pass an extension. Expectations rose from 70.5 to 74.7 which makes more sense because the vaccines are coming soon. 2.9 million Pfizer vaccine doses are being sent to America this week following the approval by the FDA. Next up is the Moderna vaccine.

Consumer sentiment increased because politics was a bigger deal than the virus. From August to December, consumer expectations among Democrats rose 39.5 points and it fell 34.9 points among Republicans. Democrats are more likely to worry about the virus. They probably think because a Democrat is president, the virus will be handled better and vice versa for Republicans. The January 5th Georgia Senate elections will determine the balance of the upper chamber. The Dems need to win both seats to split the Senate in half. The tie vote goes to the VP which is a Democrat.

As you can see from the chart above, core control group ex grocery sales were stronger in the week leading up to Black Friday than last year. Remember, sales outperformed in October because of Prime Day and the subsequent discounts from competitors with Amazon. Sales weren’t as strong as last year after Black Friday. Spending will probably peak earlier (before Christmas) than last year because people can’t buy goods at the last minute online like they can in stores. Spending at stores won’t be prominent because of the virus.

People are discovering stock trading on a mass scale. It’s the hot new trend like how a consumer good/service becomes popular and fades. The brokerage apps are the Pokémon Go of 2020. Scarily, new traders have discovered weekly call options and triple leveraged ETFs. This isn’t a game. We think because it is easier than ever to invest and because people are stuck at home, they are trading themselves. It also helps that stocks have done well. Retail traders have gotten so large, they move stocks themselves.

Robinhood is a relatively new trading app, but we have long term data from E*TRADE and TD Ameritrade. As you can see from the chart above, the daily average revenue trades (DARTs) have gone parabolic this year. Frenzies like this never end well. Generally, these investors are bad stock pickers as they all pile into the same names. They are buying airline and cruise stocks which have diluted shareholders all year.

This brings us to the screengrab below.

Stock bubbles always end because of added supply. Investment bankers see the areas of the market that are getting the most attention and they coordinate capital raises. It’s a natural balancing act. It’s not that difficult to start a company with high sales growth that has no profits or has no sales at all and is just an idea. When companies go public with just concepts, you know the bankers are really scraping the bottom of the barrel to add supply. This is ironically what speculators want even though they are bad businesses. Speculators don’t want to hold the shares long term. They try to get in for the rise and get out before the bust.

It’s easier if a company doesn’t have sales because they can make projections without worrying about reality. The area where this is the most common is self-driving cars. The key here is to make projections for software-like margins and then worry about if it’s actually coming later on. This is just like the 1990s tech bubble. The problem for frantic speculators was the popular stocks mostly weren’t the new technology winners.

As we mentioned, Pfizer’s vaccine was approved by the FDA. This was expected. At this point, if there are any hiccups in the distribution, it’s very bearish for reopening stocks because traders have front run the recovery. The earlier you are in buying the stocks, the most risk you are taking but the more rewards are earned if it goes well.

The chart above shows the timing of the doses given out in America and the percentage of the population that will be vaccinated in a bull, bear, and base case. About half of the country should be vaccinated by April. Experts believe 80% to 90% of the population needs to be immune from COVID-19 because of the vaccine or a prior infection to reach herd immunity.

According to a Deutsche Bank poll of investors which asked about the biggest risks facing global markets in 2021, the top 3 responses were about COVID-19. The top was the virus mutates and dodges the vaccine. The 2nd was the vaccine causes serious side effects. The third was enough people refuse to take the vaccine that it slows the reopening process.

Consumer sentiment rose in December for political reasons. BAC card data suggests this has been a good holiday shopping season. Retail traders are speculating in stocks in the largest numbers since the 1990s tech boom because it’s so easy to trade on your phone. If you are worried the bubble won’t end, don’t! Investment banks will add supply in these speculative areas until the bubble ends. The Pfizer vaccine was approved by the FDA. The first half of 2021 will be all about getting everyone vaccinated so the country can reopen.