10 Years To Recover For Bottom 50% Of Households 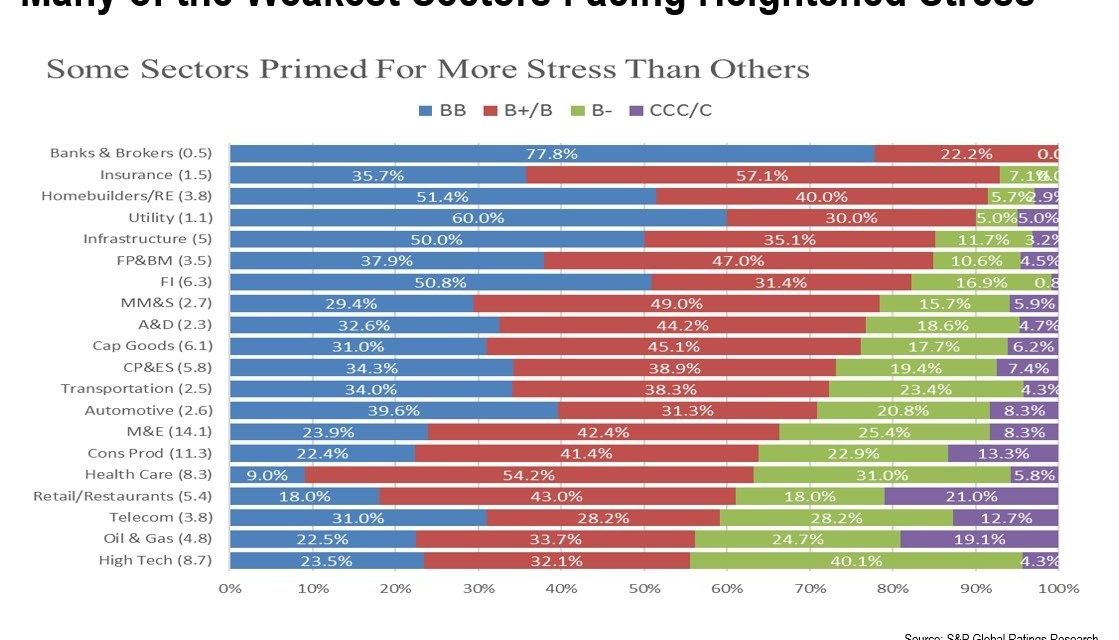 Heading into this recession, consumers were in relatively good shape on a historical basis. They were in dramatically better shape than they were at the end of the last expansion because that was the peak of the long term debt cycle. It’s tough to have as much leverage as there was at the peak of the housing bubble because mortgage debt is by far the biggest liability on the consumer’s balance sheet. The consumer naturally looks good when there are low interest rates along with the lowest unemployment rate in decades. The household debt to GDP ratio in Q4 2019 was 76% which was near the cycle trough which was the lowest rate in at least 14 years. It fell throughout the expansion. Household debt service payments as a percentage of disposable income was 9.7% which was near the cycle low. The cycle trough was the lowest ratio since at least 1980.

While the consumer didn’t leverage up this cycle like in previous ones, that’s not to say the consumer was impenetrable. 53% of American households had no savings before this recession started. As you can see from the chart above, it took until 2019 for the bottom 50% of households to recover their net worth losses in real terms. It took 10 years of an expansion to recover the money lost. It’s important to understand this nuance.

Overall, consumer debt wasn’t going to cause a recession because it wasn’t unsustainable. However, many people in the bottom 50% were struggling. This is why many progressives pushed the Fed to leave rates low in the 2010s. People without a high school degree were finally starting to do well in the late 2010s. Plus, there wasn’t an urgency to hike rates because inflation was low. The Fed seemingly had just managed to avoid a recession late 2019 as the economy was recovering in early 2020. Then COVID-19 hit and changed everything.

The consumer went from doing better than ever if you blend consumer confidence, debt servicing, and the unemployment rate, to being in deep trouble. The consumer couldn’t handle this shock because of how deep it was and because many in the bottom 50% weren’t in great shape before this. As you can see from the chart below, the household debt delinquency ratio went from below 12% which was near the cycle trough to 15% which is the highest since 2013.

15% of households don’t expect to be able to make debt payments in the next 3 months. The hope is jobless claims and an opening of the economy will prevent this rate from getting out of control. You would think the ratio could get higher before it peaks considering the potential for an above 20% unemployment rate.

Not Everyone Is Getting Unemployment Insurance

The thesis that this recession won’t become a depression leans on the assumption that small businesses get loans (which turn into grants) and the people who have become unemployed get unemployment insurance. According to a Lending Tree survey, 5% of small businesses received PPP funds, 35% didn’t, and 61% are unsure or waiting to hear back. This certainly could have been executed better. 43% said they didn’t have issues applying for PPP funds and 26% said there was inconsistent communication from the bank. The banks are overwhelmed with people trying to get money. Add in the fact that this is a new program and you are going to see issues. 23% of small firms said there was a lack of clarity about required documents and 11% were unable to easily access required documents. We aren’t in the best situation to find documents. For example, documents could be at the office and people might not want to leave their house.

Not everyone is getting unemployment insurance even though the benefits were extended to gig economy workers which is a massive deal. By the way, that could set a precedent for future recessions. It also could be bad news for employers that pay gig workers. There has been a long battle over whether they are employees or contractors. If they are getting unemployment insurance, the employer should have to pay social security and Medicare taxes. It’s basic logic that will likely be pushed by progressives and even some conservatives. Getting back to the main point, some people aren’t getting the benefits.

As you can see from the table above, 64.2% of non-employed people aren’t receiving benefits/won’t apply. Some people in this group weren’t working, some may have been fired or quit, and some might be working without paying taxes. The good news is federal payments for unemployment benefits have exploded. They went from near zero to $15.3 billion per week. The peak after the last recession was near $4 billion. The federal government is helping more with these benefits and more people are unemployed than ever.

Debt Will Be An Issue

Heading into this recession, many warned corporate debt was too high. We explained in a previous article, that if you thought debt was too high in 2019, just wait until 2020. The debt will be much higher unless we see a lot of bankruptcies. As you can see from the chart below, partially because of the energy sector, in 2019 the share of total debt to EBITDA that was 6X or higher was the highest since at least 2001.

Besides being great work from home investments, tech stocks outperformed in this bear market because they mostly have low debt. The chart below breaks down the sectors most primed for stress in this recession as of the start of the year.

19.1% of oil and gas high yield debt had credit ratings of CCC/CC. Oil and gas was in a terrible situation before the added stress that was the supply and demand shock. Retail and restaurants were also in trouble with 21% rated CCC/CC.

Consumers entered the recession with less leverage than then last business cycle which was the peak of the long term debt cycle. However, many people didn’t have emergency savings. The bottom 50% wasn’t in great shape. 15% of households expect to be delinquent on their loans in the next 3 months. Many small businesses haven’t gotten PPP money and most people not working won’t get unemployment insurance. Corporate debt was warned about before this recession. Oil & gas along with retail & restaurants certainly were in bad shape at the start of 2020. Now they are in dire straits with many at or near bankruptcy.