Will A Stimulus Help The Economy? 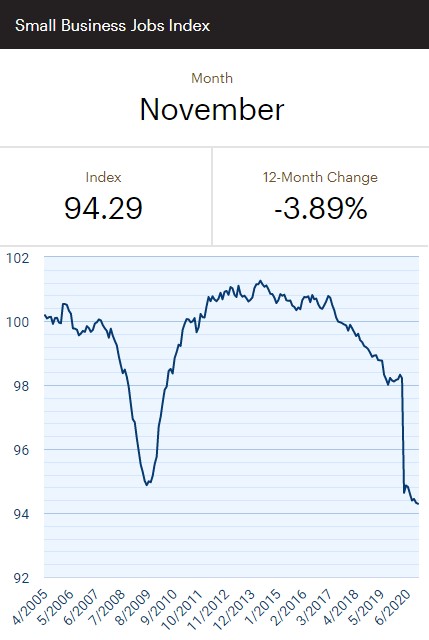 The initial bipartisan Senate proposal allocates $908 billion to help people. The plan calls for $300 in additional weekly unemployment benefits, $300 billion in PPP, $250 billion in help to state and local governments which have been laying off teachers, a temporary liability shield (limitation of COVID-19 related lawsuits against businesses who follow public health guidelines), and $50 billion for vaccine distribution. There won’t be another round of stimulus checks in this stimulus. However, if the Dems win the Senate by winning the two Georgia seats up for grabs, another round of checks might come.

People who don’t own assets (most of the bottom half of the country) are in trouble. 32.9% of Americans live in households that aren’t current on rent or mortgage payments where eviction or foreclosure is very likely or somewhat likely in the next 2 months. The chart above shows the states with the worst results.

33.7% of Americans are living in households where it has been somewhat or very difficult to pay for usual household expenses during the pandemic. Over 1 in 10 people are in households where there was either sometimes or often times not enough food to eat in the last week. One third of adults expect income loss in the next month (this is all from the household pulse survey). It’s pretty clear from this data a stimulus is desperately needed despite the continual record high in stocks.

The economic data isn’t completely disastrous though as there was $10.8 billion in online sales on Cyber Monday. That’s 15.1% growth. Sales missed estimates for $12.7 billion because of the new discounts earlier in the shopping season. Amazon had Prime Day from October 13th to the 14th and competitors made their own discounts to compete. Even with Adobe’s revision from expecting $189 billion in online sales this holiday season to $184 billion, it still expects 30% growth. There was less online growth on Cyber Monday than Thanksgiving and Black Friday because it had less share to gain. Cyber Monday is always big for online shopping.

Redbook same store sales growth in the week of November 28th, rose from 2.8% to 9.2%. On the other hand, on Back Friday, Chase card spending was down 18.6% yearly. The 7 day average of yearly growth compared to same week of last year was -8.5%. There are 30 million Chase credit and debit card holders. Adobe analyzes traffic on retail websites and transactions from 80 of the top 100 online U.S. retailers.

We all know the NFIB survey shows way too much optimism compared to reality. Small businesses are failing at a high rate, yet the NFIB index has mostly been high. The IHS Markit/ Paychex data is much more accurate. The chart below shows the small business jobs index which is based on 350,000 Paychex clients. The index is at 94.29 which is below the financial crisis trough of 94.87. There’s little question this recession has been worse for small businesses relative to large ones.

The Markit manufacturing PMI rose from 53.4 to 56.7 in November. That’s the 7th increase in a row and the best reading since September 2014. Business confidence was the strongest since February 2015 and cost burdens were up the most since October 2018. The Chief Business Economist at Markit stated, “Most encouraging was the breakdown of the rise in new orders which underpinned the expansion. Demand for investment goods such as business equipment and machinery rose especially sharply.” The upturn in new orders was the fastest since May 2018.

The ISM PMI wasn’t as great, but it still signaled the manufacturing sector was doing well. We will see which one was more accurate when the industrial production report comes out. It’s clear we’re in a cyclical recovery because copper prices just hit a 7.5 year high. The ISM PMI fell from 59.3 to 57.5 as the chart above shows. The new orders index was down 2.8 to 65.1 and the production index was down 2.2 points to 60.8. The decline in the dollar helped the ISM new export orders index rise 2.1 points to 57.8 which was the highest reading since March 2018. The chart below shows this signals good things for goods exports.

15 of 18 industries reported growth in new orders. This PMI is consistent with 4.3% GDP growth. A machinery firm stated, “Business continues to be strong, with significant back-orders. Suppliers have struggled to hire people, as we have to support the increased business.” It’s amazing how the hot parts of the economy have tight labor markets even with the unemployment rate being elevated. Each industry is different.

Individuals are struggling even though the stock market is at a record high. Stocks don’t need a stimulus, not even small cap value. However, unemployed people and state & local governments need all the help they can get. It would be great if a stimulus passes in December because we are right on the cusp of the vaccines going out. People just need to be helped a couple more months before the economy reopens. Online sales growth was solid on Cyber Monday, but below Adobe’s estimates. Small businesses are doing worse than the trough of the financial crisis. The Markit PMI signaled the manufacturing sector was in amazing shape, while the ISM PMI was good but not amazing.