Trade War: A Position Of Strength For… 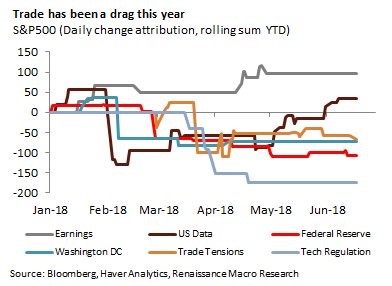 The ongoing trade war is one of the biggest stories in finance this year as President Trump tries to lower the US trade deficit through tariffs. One of the most interesting factors of this situation when it comes to stocks is many investors and economists believe it is mostly rhetoric, but it is affecting markets in the near term. Specifically, Paul Tudor Jones, Warren Buffett, and Lloyd Blankfein suggest the trade skirmish between America and China will be resolved amicably because the two countries need each other.

This trade ware resembles a game of chicken where each side postures with high tariffs until one side blinks and a solution that is favorable to the winner is agreed upon. President Trump wants China to try to lower its trade surplus with the US by purchasing more US goods, but it’s a challenge for American farmers to produce enough for China to do so. He wants China to cut its trade deficit with America by $200 billion by 2020 and to respect US intellectual property in the technology sector.

The US started with a 10% tariff on steel and a 25% tariff on aluminum. Then Trump upped the ante with a 25% tariff on 818 Chinese goods worth $34 billion starting July 6th. Duties on $16 billion worth of Chinese imports which includes 280 products will undergo public review before they are enacted. In response, China stated it will be implementing a 25% tariff on $50 billion of American goods. There will be 659 goods taxed. The goods include soybeans, electric vehicles, seafood, pork, crude oil, diesel, and magnetic resonance kits. The latest action in this game of chicken is Trump asked the Trade Representative Robert Lighthizer to find $200 billion more Chinese goods to tax at a 10% rate.

We aren’t one to blindly follow even the best minds in finance. Rather we listen to everyone to understand each perspective. We mentioned top financial minds don’t think the trade skirmish with China will blow up the economy despite the enlarging tariffs. The table below made by Bespoke Investment Group shows the past 5 large downside gaps in the S&P 500 were all caused by trade war rhetoric. Stocks corrected on the VIX spike and stayed below the all-time high because of trade concerns.

The good news is many days have seen buying after the initial fears abate. There is a knee jerk selling reaction and then buyers come in after investors realize the world isn’t ending. It’s a difficult situation to analyze because complacency is based on the idea that each country doesn’t want to hurt itself. However, there are countless examples of governments enacting terrible economic policies for no reason. Check out Venezuela for the latest examples.

It seems like the headlines blame trade tensions for volatility in the stock market everyday which is confusing because other events are occurring. Can it possibly be that trade tensions cause all the down movement? The table above was very simple to calculate as it looks at major gaps lower and pairs them with the biggest story hitting the wire. The more complex analysis is to try to figure out how much the trade jitters have cost the S&P 500 this year.

The chart below from Renaissance Macro Research is an attempt to solve this problem.

Earnings and economic data have been positive factors on S&P 500 performance year to date. The recent rebound in May was caused by the earnings data. The trade tensions have cost the S&P 500 about 75 points until now. It’s not a huge factor, but the longer the game of chicken goes on, the bigger the impact it will have on the S&P 500.

This is a dynamic situation that is always changing since new tariffs keep getting issued to scare off the adversary in this game. The chart below from the Wall Street Journal shows the customs receipts as a percentage of U.S. imports. 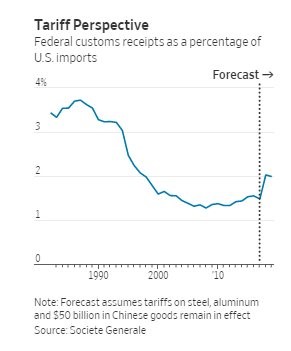 With the tariffs on $50 billion in Chinese goods and the metals tariffs in place, the customs receipts increased for the first time since the 1980s. Globalization has increased growth in trade and lowered trade barriers. Because Trump thinks the high deficits globalization created are bad for America, he’s bringing tariffs back.

The table below from the World Trade Organization shows the outlook for trade from March which was released on May 17th. 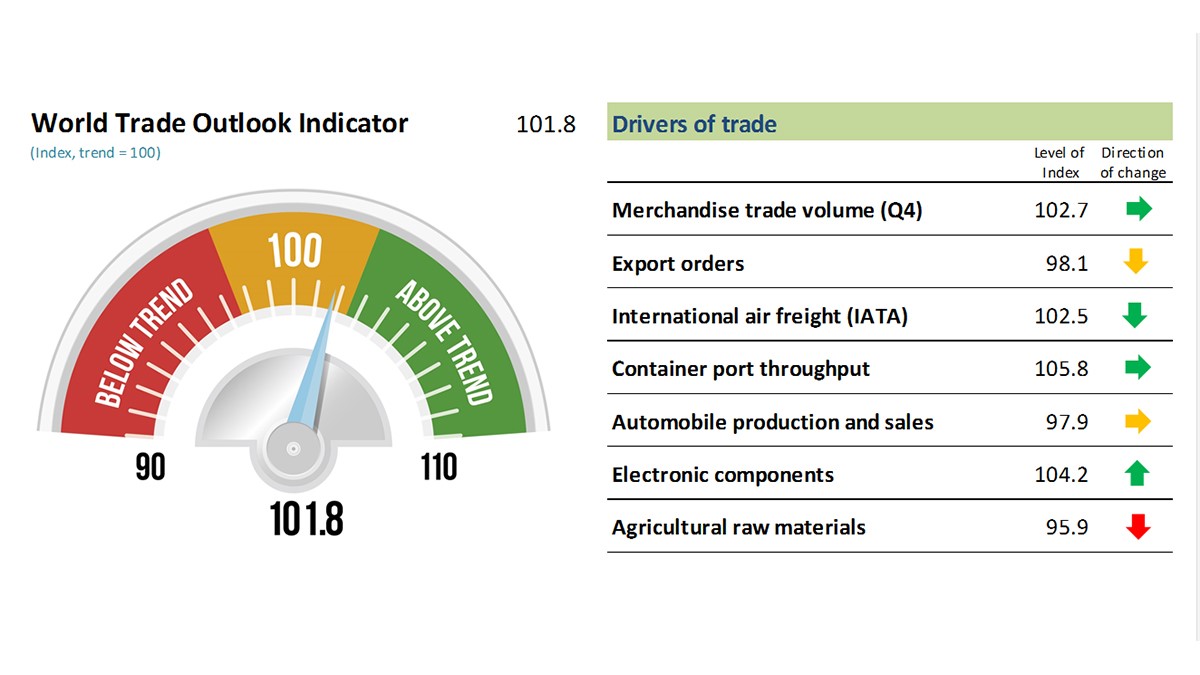 The indicator is at 101.8 which signals trade is growing at trend, meaning the tariffs haven’t reduced trade yet. The indicator is down from 102.3, signaling growth is slowing slightly. The biggest impact of the uncertainty from tariffs on trade is felt by the international air freight index which fell 0.4% month over month and 0.3% year over year. To be clear, these overall results aren’t bad since they are in line with the WTO’s projection for 4.4% growth in trade volume in 2018.

China is in a tough situation because its applied tariff rate on products was 3.5% in 2016. It has less room to raise tariffs since they started higher than America’s tariffs. Secondly, the Chinese economy is weakening while the US economy is accelerating. Therefore, America is dealing from a position of strength. Finally, the US buys more Chinese goods, so it has a longer list of products to tax.

The Bloomberg list below demonstrates China’s options to retaliate. The hope is the situation is resolved before it goes beyond tariffs. Barriers on U.S. companies, weakening its currency, and selling U.S. dollar reserves could be viable threats from China. 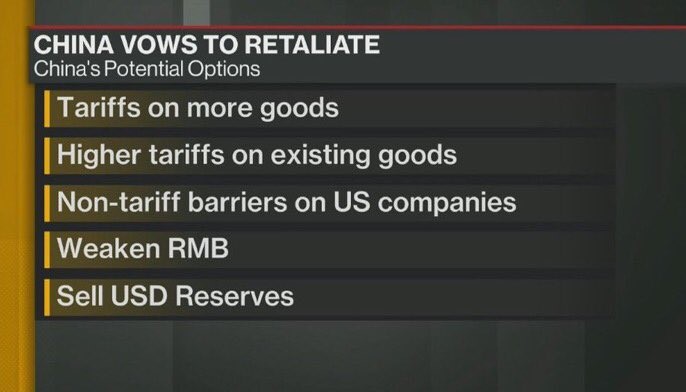 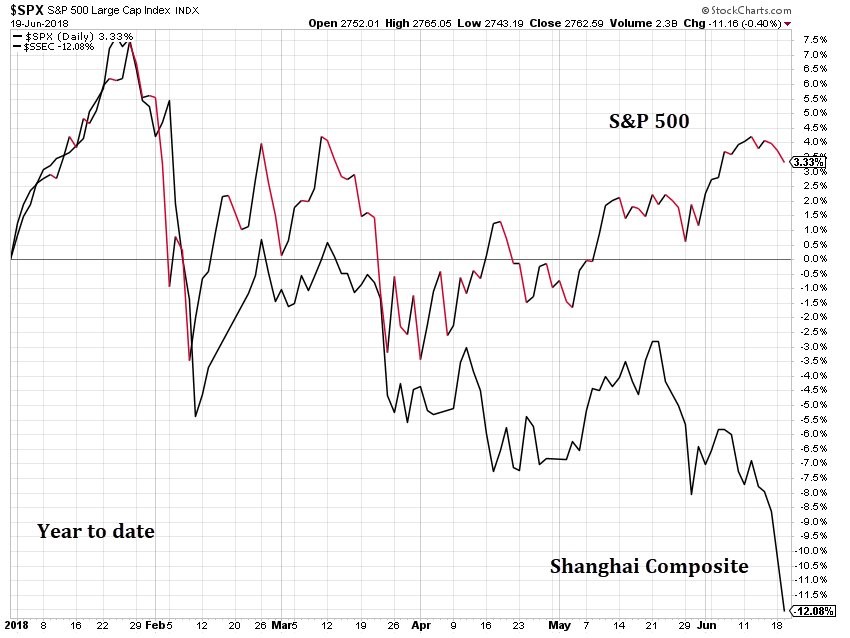 The indicators below show the early warning signs for weakness in the Chinese economy are in place. 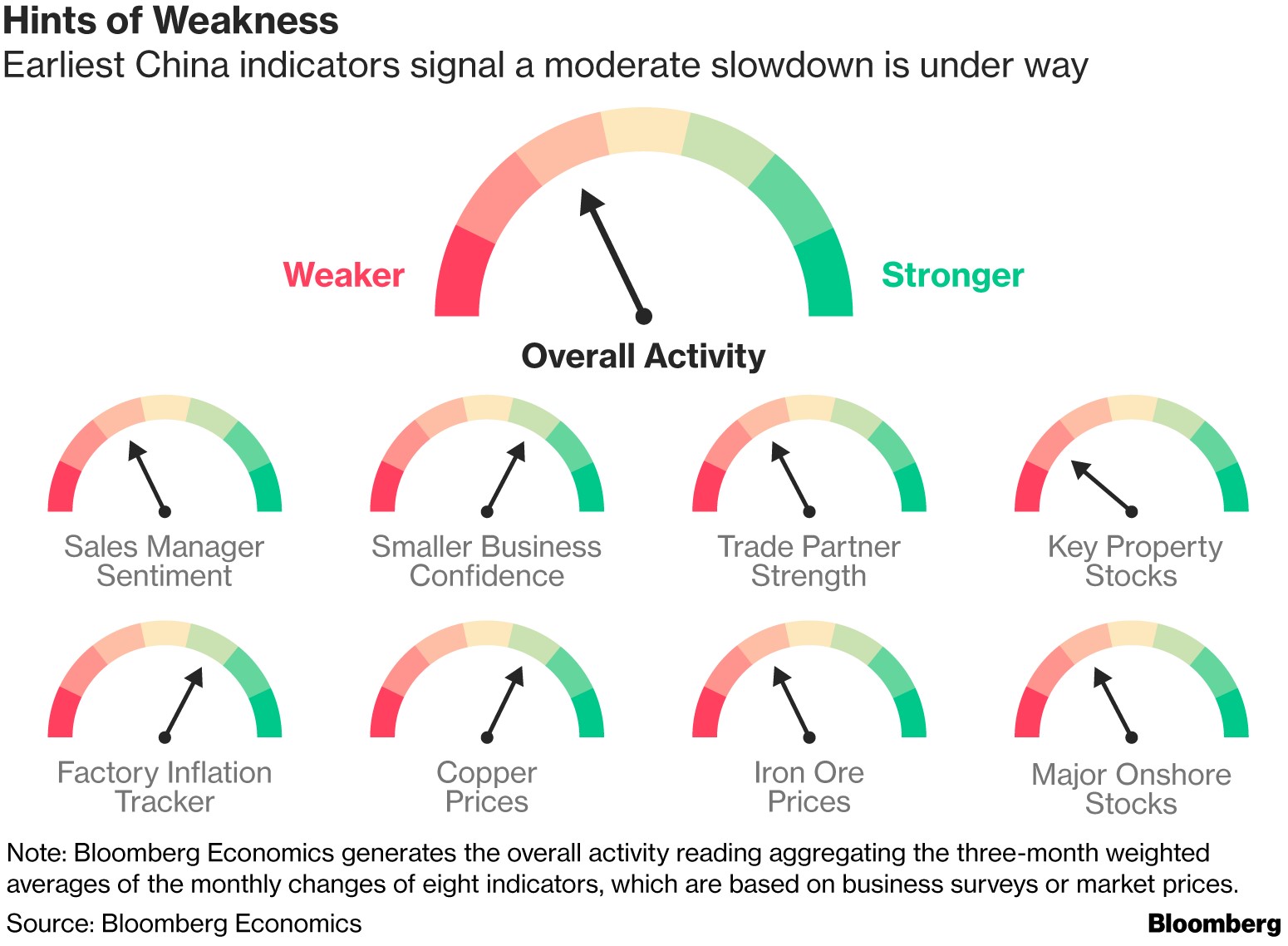 Trade tensions have impacted the S&P 500 this year. By showing some factors which put China in a bind in this trade skirmish, we aren’t making a prediction on which country will win. We aren’t even necessarily agreeing with Jones, Buffett, and Blankfein on how it will end. The goal here is to give you an overview of the situation to make those bets yourself in an informed manner.