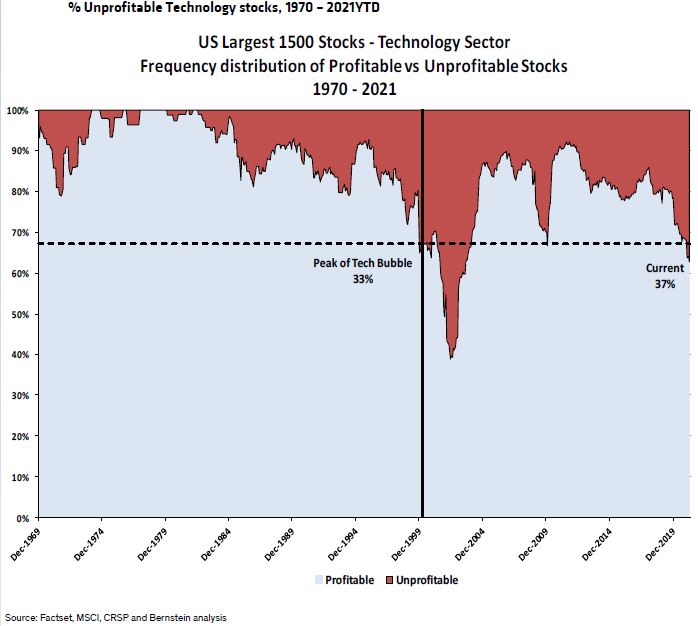 The stock market is not healthy, nor is this action normal. Lately, we have seen cyclical stocks in the ‘real economy’ and growth tech stocks take turns going up. Instead of one group winning the arm wrestling battle, both have won. Taking a wider approach, the US market is defying gravity compared to the rest of the world. It might be time to start diversifying out of America. The MSCI all country world index excluding America is still below its 2007 high. That was back when emerging markets were leading the charge. Over half of global stocks (1573 out of 3042) are more than 20% off their record high. This is while the S&P 500 and the Russell 2000 soar to record after record. There are very few stocks in the US market that aren’t rallying higher.

We have a plethora of stats that detail this amazing action. Most readers are likely exhausted by any negative information because it hasn’t mattered. However, you must keep in mind that it takes months for bull runs to end. They only end after every single option has been exhausted. That’s different from bear markets which end quicker. Of course, not every crash is as quick as the one in March 2020. As crazy as it might sound to many new US investors, history shows that, aside from this past year, after crashes it takes years or even decades to hit a new high.

The Details Of The Craziness

The AAII investor survey worked well for investors last year as a contrarian signal. It had the longest streak of greater bears than bulls ever following the bottom in March. Now, it’s showing the opposite signal. The percentage of bulls in the week of April 7th rose from 45.8% to 56.9% which is the highest reading since January 2018 which was the cycle peak. It’s amazing that the AAII survey never made a new high in the past few months considering all the retail activity in stocks. That’s because these new investors aren’t included in the AAII survey.

If anything, this made AAII members bearish because retail participation got so high. In fact, even the E*Trade survey showed retail traders think the market is overheated. In Q1 2021, 15% said the market is fully in a bubble and 51% said it’s somewhat in a bubble. That’s dangerous because people get the most optimistic when they expect big near term gains. 57% of investors in the survey were bullish which was up from 38% in Q2 2020. On the positive side, the number of small bullish open options contracts has cratered since the beginning of the year. It appears a lot of the meme stocks have lost their appeal. Cryptocurrencies are gaining more interest. Retail traders found an even riskier bet to make.

According to the Bank of America fund manager survey, in April 2021 the net percentage of investors saying they are overweight equities was near a record high. It has stayed that way for a few months. The chart above shows systemic strategies are positioned neutrally, while discretionary strategies are positioned the most bullishly ever. They are even more bullish than in January 2018. It’s a very negative signal to have this line up well with the AAII survey. It appears professional investors lagged the retail crowd by a few months in getting euphoric.

Bitcoin Is In A Bubble

Generally, insiders know to sell out at the most opportune times. That looks to be occurring with the Coinbase IPO on April 14th. We aren’t necessarily making a call on that specific stock. We are using it as a landmark to study the euphoria in cryptocurrencies. Clearly, there have been various booms and busts in the space. That’s what makes it so appealing to gamblers. There is the expectation that it will crash and explode to new highs because that is what it has done in the past. However, savvy investors know past results don’t indicate future returns.

Past business results can be used as a guide for predicting the future. Stocks generally follow business performance, but sometimes they get out of line which creates opportunities. Obviously, bitcoin and altcoins don’t have a business to fall back on. Gamblers only look at the price action which doesn’t actually imply anything about future returns. As you can see from the chart above, 74% of fund managers believe bitcoin is in a bubble and just 16% say it isn’t in one. Many gamblers in crypto scoff at the notion of professional investors knowing anything about crypto which is a logical trap. Don’t have such a big ego that you can’t see the logic of the other side of the trade.

As we mentioned, in the past few months cyclical stocks and the tech firms have taken turns rallying. The Nasdaq 100 actually hit a new record high. This is not in line with the 2000 tech bubble burst. No one should expect it to perfectly line up anyway. However, the negative stats are still here which spell bad news for speculative tech stocks.

On the other hand, the current rally in tech stocks is actually bad news for the long term future of the sector because it encourages competition. Those points sound like they contradict each other, but they don’t. Massive declines in stock prices cause negative impacts to businesses that lose money. Stock increases are good, but when euphoria takes hold, it becomes too easy to raise cash which causes intense competition.

We detailed the euphoria in US markets. It could make sense to diversify into emerging markets. Cryptocurrencies are in a bubble. There is no proof that the next rally will bring it to new heights. Coinbase insiders are selling at a great price. More tech stocks are unprofitable now than at the peak of the tech bubble. That ruins the thesis that this isn’t a bubble because firms are profitable now. Most tech firms were also profitable in the late 1990s.