How Low Can Yields Go? 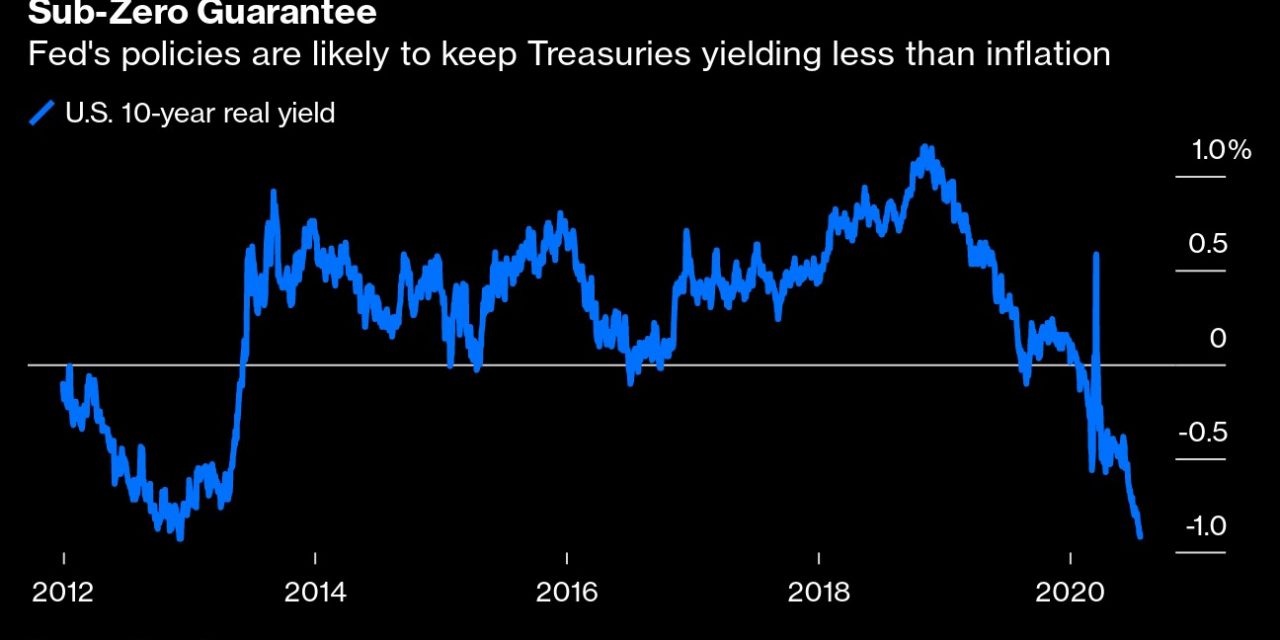 The most important question in finance is the direction of the 10 year US treasury yield. Charlie Bilello did a Twitter poll where he asked if the 10 year yield would fall to 0% or rise to 3% first. To be fair, that poll is skewed since the yield is 58 basis points which is closer to 0%. Still, the fact that 82% of 2,592 voters said it will fall to 0% shows the sentiment is bullish on treasuries.

If you would have asked most people throughout history if the 10 year yield would ever fall to 0%, most would have predicted it wouldn’t. We asked on Twitter what the lowest possible 10 year yield could be. 33% of 189 voters said 0%, 28% said 2%, and 33% said there is no bottom. Theoretically, any asset can trade at any level. We saw oil briefly fall below zero which many thought could never happen. The futures market for the near term contract essentially broke, but we’re just showing how unusual things can happen. Nothing major happened when oil went negative because it was temporary and that situation resolved itself.

In theory, if yields fell deeply negative for a very short moment, nothing would happen. That’s not important. In an extended period, deeply negative yields would break the financial system causing some sort of Fed action. As yields keep falling, this extreme event becomes more probable (still unlikely). To be clear, if the 10 year yield fell to -5%, it would kill pensions, insurance companies, and force banks to charge for deposits which would be a disaster for the economy. Therefore, even though there is technically no limit to where any asset can go, the government would intervene in such an extreme scenario. The government would put a floor in yields. The current German 10 year bond yield is -51 basis points (record low -91 basis points). That hasn’t caused an extreme event which makes us think the U.S. 10 year yield could fall modestly negative without anything breaking.

The Fed and the government are already doing everything they can to boost nominal yields as the stimulus has been strong. They seem to be having a modest impact on inflation, but little impact on nominal yields which is why real yields keep hitting record lows. That has helped gold which hit $2,000 and is on a 9 day winning streak. If the government passes a fiscal stimulus soon, which helps the consumer, and COVID-19 cases continue to fall, we could see yields reverse as the bond market price in a cyclical recovery.

The GOP proposed lowering the Federal weekly unemployment payment from $600 to $200 for 2 months and then paying people 70% of their usual income until the end of the year. That’s a smaller stimulus, but it helps people get certainty. The 7 day average of new COVID-19 cases has been falling. Once Arizona peaked, it was only a matter of time before the other hotspots got better because Arizona’s spike in cases started a couple weeks before the others.

Since June 26th, the S&P retail industry index is up 16% to a new post-COVID-19 high. The market is pricing in an improvement in consumer spending even though spending growth stalled  and consumer confidence weakened in July. That’s because the market is looking past this weakness because it sees COVID-19 getting better. We have the combination of the decline in new cases with the advancements in treatment options and the beginning of phase 3 vaccine trials.

The July Conference Board consumer confidence survey showed the index fell from 98.3 to 92.6. If you have been reading our articles, you would have known this was coming. There has been an onslaught of weak consumer and labor market data. Redbook same store sales growth in the week of July 25th rose from -7.5% to -7.2% which is still very bad. We might see this improve in August which is why we will watch the next few reports closely.

The present conditions index rose from 86.7 to 94.2, but the expectations index fell sharply from 106.1 to 91.5. You can see from the chart above, much of the decline in expectations was due to the hotspot states as Texas and Florida had huge declines in expectations. As those states lift their economic restrictions because cases and hospitalizations are falling, confidence will come back. The most interesting/dreadful part of this report was expectations for the labor market. Those expecting more jobs in the next 6 months fell from 38.4% to 30.6% and those expecting fewer jobs rose from 14.4% to 20.3%.

This housing market is like a combination of the strength in the last housing bubble and the weakness during the bust. The Freddie Mac single family delinquency rate increased 81 basis points to 248 basis points in June. In the first week of July, 19% of survey respondents made no housing payment and 13% paid only part of the bill.

On the other hand, the housing market is doing really well because of low rates. As you can see from the chart below, in Q2 the homeownership rate rose from 65.3% to 67.9%. That 2.6% jump was higher than the entire recovery from Q2 2016 to Q1 2020. This was the largest increase ever as the rate is the highest since Q3 2008. Its record high was 69.2% during the housing bubble. Capital Economics believes the increase in homeownership isn’t because of COVID-19. They think the lack of in person interviews caused it to spike. That’s something to keep in mind. Either way, new home sales are at a 13 year high.

Total global negative yielding debt is increasing. U.S. treasury yields are very low partially because of the cyclical weakness. That might change in the coming months as another stimulus is coming and COVID-19 cases are falling. Plus, treatments are getting better and new vaccines are being tested. Consumer confidence fell in July as expectations crashed. They might rebound in August if a strong stimulus is passed and COVID-19 continues to show fewer new cases. People can’t pay their mortgage, yet the homeownership rate spiked the most in a quarter ever.