Fed Funds Rate To Stay Below The Neutral Rate 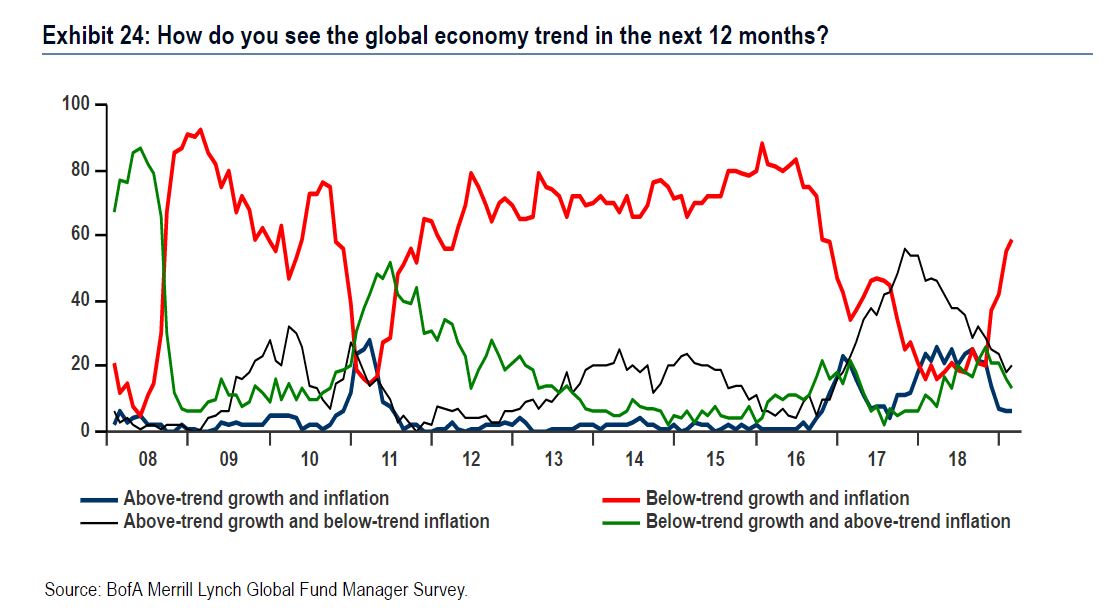 At its March meeting, the Fed did exactly what most prognosticators expected it to do as it didn’t raise rates, it lowered 2019 hike guidance from two to zero, and detailed how it would end QT. Specifically, the Fed will shrink the size of the balance sheet unwind to $15 billion per month from $30 billion per month starting in May. QT will end at the end of September. Somehow, even though this announcement wasn’t surprising, the treasuries market rallied sharply. We will review that later in the article. It’s just worth pointing out here that when a result meets estimates, it doesn’t always mean the corresponding asset won’t move. Also, the market’s expectations aren’t always the same as the consensus among economists.

The table below shows the Fed’s forecast changes since December and its interest rate guidance.

It’s worth noting that the last time the Fed made projections was at its December meeting. This makes the Fed look very late to the dovish party as the Fed funds futures market has been expecting no hikes for weeks. The Fed was late to reacting to the slowdown, but it did react in late December 2018 which is part of the reason why stocks bottomed. The Fed being late is old news. With the March guidance change, the Fed simply caught up to its open mouth policy change in December. We knew the Fed would probably guide for zero hikes because it expressed patience at its January meeting.

The most notable aspect of the table above is that the expectations for GDP growth, the unemployment rate, PCE inflation, and core PCE inflation didn’t change much, but interest rate guidance changed sharply. We know Q1 GDP growth estimates have sunk, but a 2 tenth change in 2019 estimates probably shouldn’t cause a 5 tenth change in Fed interest rate guidance. Some might ask how the Fed could stop hiking rates if it thinks GDP growth will still be above the long run rate, unemployment will be below the long run rate, and the estimate for core PCE inflation didn’t change.

Before you get into conspiracies or rants about how the Fed only cares about the stock market (the stock market matters to an extent, but it’s not part of the dual mandate), consider that the effect of the Fed guidance change was felt in late December. The market started reacting to this change in late December and kept pricing it in at the start of the year. Therefore, the Fed is expecting slightly lower growth even with its dovishness. If the Fed hadn’t changed guidance, the economy would be in worse shape and could even be on the precipice of a recession depending on how powerful you see monetary policy being.

Fed Funds Rate Not Going To Go Above The Neutral Rate

Our final takeaway from this guidance change is that because the Fed didn’t change its estimate for the long rate, the Fed funds rate is now not expected to exceed it this cycle. The Fed had been advocating for raising rates above the neutral rate since September 2017. It’s important to remember that the neutral rate is an estimate. The Fed doesn’t think its policy will ever be hawkish this hike cycle. If the Fed is correct about the neutral rate, monetary policy shouldn’t be a drag on economic growth (it could be less of a stimulus though). That’s obviously a big ‘if.’ There can still be a recession, using this logic; it just wouldn’t be caused by the Fed. To be clear, the Fed funds rate doesn’t need to stay near the neutral rate. It could be justifiably below the long run rate if the economy weakens.

As you can see from the chart below, the difference between the 10 year yield and the 3 month treasury bill has fallen to 5 basis points. The curve has flattened while stocks have rallied this year. Investors started anticipating less rate hikes even as stocks rallied because of the economic growth slowdown.

The chart below shows the Fed is now much more pessimistic on 2019 GDP growth than most estimates.

The government estimates might be too high because they are delayed, but the Fed being 0.33% below the recently updated Bloomberg consensus tells you something. Maybe the Fed is ahead of the curve since economic growth is slowing. In theory, that should make a cut less likely since estimates need to fall just to get to where the Fed is. However, after this meeting, the odds of a cut in 2019 rose to 37%.

The Fed mentioned the global economy being a drag on U.S. growth. The chart below shows fund managers are increasingly seeing global growth and inflation being below trend in the next 12 months.

The synchronized global expansion trade was in 2017. Global growth slowed in 2018, even though the U.S. economy had a great year partially because of the fiscal stimulus.

The list below shows the biggest tail risks fund managers have named historically. It’s notable that quantitative tightening once was the biggest tail risk. It ended up not causing damage and the Fed is ending the program later this year. To be clear, when something is named as a tail risk, managers aren’t wrong if it doesn’t happen. Sometimes no tail risks occur. Also, the situation can change, meaning at the time something should be considered a big risk, but then the facts change.

In March, fund managers named China’s slowdown as the biggest tail risk as its economy is seeing continued slowing growth despite its fiscal stimulus. If China slows, the global economy will be a drag on the U.S. economy as China is the biggest driver of global growth.

The Fed met expectations, but treasuries rallied sharply. The 10-2 year spread could invert in the next few weeks which would signal a recession will occur sometime in 2020 or even as late as 2021. The Fed no longer expects to raise rates above the neutral rate, but that doesn’t mean it can’t be hawkish. GDP estimates have come down as global growth is slowing. China was named as the biggest tail risk for the global economy.