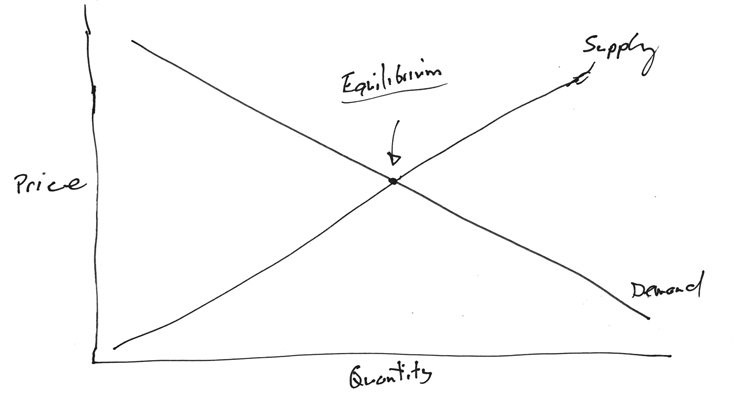 Some investors believe in maintaining the use of old models because they have historical precedence; new ideas can be risky to try. One example which comes to mind is when the 1990s tech firms were valued based on eyeballs instead of earnings. Believing in new models can easily turn into justifying over paying for an asset. However, don’t avoid using new metrics just because there are others which have failed. Valuation is very difficult, but it is profitable if you get it right. Putting your head in the sand and assuming all companies should be valued the same will cause you to miss out on investing in the most innovative companies. At the same time, valuing firms based on their ideas involves too much euphoria.

It’s clear that the sector driving change in how business is understood is technology. However, it’s not only those firms. With the proliferation of technology, every successful company is utilizing the internet and software to drive productivity and sales. You can’t avoid investing in these types of companies because you’ll end up picking laggards which are stuck in the past. Earnings will always matter when investing, but there’s more to forecasting earnings than reviewing the bottom line. You need to understand how firms get to the bottom line. This understanding involves both valuations and economics because changes in how businesses operate also effects how people decide to spend their money. Economics is the study of how people and businesses allocate resources.

The chart below was posted on Twitter by Bill Gates.

It’s a basic supply and demand curve which shows how price and quantity are affected by supply and demand. This chart is still taught in basic economics courses, but software has disrupted how these curves work. Software eliminates variable cost which is revolutionary. When a firm sells a product or service, there are fixed costs to create what is going to be sold and then there are variable costs to keep the business running. Software almost eliminates the upkeep variable cost. The supply curve for an intangible asset is almost flat at the price of the first product produced because of this low variable cost.

To be clear, variable cost is determined by the number of products sold. In general, businesses want a lot of variable costs and low fixed costs because variable costs can be throttled down when business isn’t going well. That’s in terms of the ratio. Obviously, whenever a cost is eliminated it’s good. The lack of variable cost in software means more investment can be made in the production of it. This also means it needs fewer employees to maintain the business. Finally, software companies have high margins. A software company with a moat is a great investment. A moat is a sustainable competitive advantage.

As you can see from the Bloomberg chart below, S&P 500 profit margins are cyclical, but have also had secular improvement partially because of lower effective tax rates and partially because tech companies have high margins.

During this period, internet companies went from not existing to being the biggest companies in the world. Technology is the biggest sector in the S&P 500. These firms are growing faster than the market, so their share will grow. They are expected to earn about $41 in 2019, while total S&P 500 earnings are expected to be $175. This means tech earnings are 23.4% of the market. In a recent article we evaluated the Tech sectors’ impact on the market in Are Top 10 Companies The Reason Behind Market Growth?

Software investments are interesting because they have almost exclusively fixed costs since there isn’t any variable cost. Then you add in the fact that the fixed cost is a sunk cost which means the investment can’t be recouped. For example, if you start a lemonade stand, you can sell the excess inventory, and the stand. Sales like this occur at a loss, but at least some of the money is recovered. With software, if no one buys the product, often there aren’t any assets to sell off to recoup some of the initial investment. This makes software a big risk. The good news is if a company loses money, but still has users, it can sell itself. Patents also can be valuable for these firms which are innovating and mainly have intangible assets.

Another new phenomenon these firms have is a spillover effect. Because software can have low switching costs and ideas can be copied, firms can re-create what their rivals do quickly, especially when the copying firm already has a lot of customers. The speed at which Facebook was able to copy the stories feature from Snapchat is breathtaking. Even though Snapchat became very popular, Facebook still fended it off with this copy.

The most obvious new factor software companies bring is the ability to scale quickly. Firms can get millions of users quicker than ever. The first step is to have a great service or product. Then soon afterwards they can go viral if the right people use their product or service and share it. Big tech firms can use the network effect to fend off the competition which can sprout up very quickly.

Finally, synergies exist with software companies unlike other businesses. For example, an ice cream company can’t easily become a frozen yogurt company without new machines, new marketing, and testing the flavors. A ride sharing company can easily dominate the scooter sharing business by using its logistics knowledge, scale, and customer base to succeed. This explains why the big tech names dominate a few industries.

Don’t scoff at software changing business by claiming past bubbles preclude changes from occurring. It’s difficult to value intangible assets, but that doesn’t mean they don’t have value. The reality is software has changed the tech sector and will be changing every sector in the future. Firms in each sector that use software the best have the highest chance of dominating in the future. Every product is being connected to the internet, leaving no industry untouched by this change. Big players will dominate as they have the best fixed investments which is the best software.