Amazon Is On Welfare 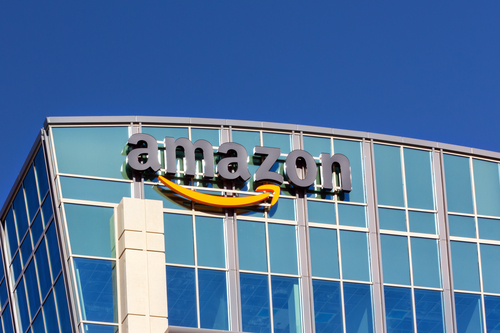 Corporate welfare is when companies get special grants, subsidies, tax breaks, or other benefits which aren’t given to other businesses. Often big businesses get these breaks because they are more powerful. They have more more power because they create many jobs, and most importantly, they have a lot of money to lobby the government for policies that provide them with advantages. Companies can threaten to cut jobs or move them elsewhere if the government doesn’t do what they say.

The interesting part about corporate welfare is that it’s an unusual issue where people on every side of the political spectrum can agree it’s bad, yet it still happens. If you are a capitalist, you don’t like when the government gets involved in the free market and manipulates the results, picking winners and losers. Capitalists are against all forms of welfare whether it’s for the poor or for businesses. They like big businesses, but don’t want them to get an unfair advantage.

Socialists hate big business. You can often hear progressives talk about ‘big oil’ or ‘big tobacco’ in which they use the term ‘big’ as a negative. Progressives don’t think it’s fair that a small percentage of the population has so much of the wealth. Big businesses are the method for the top 0.1% of income earners to grow their wealth. Progressives think small businesses should be supported over large ones and that the workers should get to share in the profits.

As you can see, there isn’t a political faction that thinks corporations should get special handouts. If these two groups stopped bickering, they probably could work together to solve this issue. The best form of compromising and deal making in politics is when both sides don’t need to give up on their core principles. This isn’t a small issue. There’s $100 billion per year in corporate welfare which adds up to $6,000 per person.

The reason politicians keep making these bad deals for the people is a misunderstanding of economics combined with terrible game theory. Public servants stand no chance when it comes to dealing with management from multi-billion dollar multinational corporations. The latest public example of corporate welfare is Amazon.

Amazon Is The Game Theory King

Amazon is the king of game theory as it has used smart business tactics to quickly become the top online retailer, surpassing eBay. It’s the top dog in the retail space along with Wal-Mart. Amazon has done a great job of serving its customers with consistent low prices and quality products. It keeps them coming to the website with the Prime membership in which customers simultaneously pay Amazon and agree to make Amazon their main online website for purchases. There’s no explicit agreement, but when Amazon offers free 2 day shipping with Prime, it gets customers to stick to the website. Amazon recognizes how valuable Prime is to the company so it provides additional rewards such as movies to get more consumers to buy the subscription.

Amazon is showing off its understanding of game theory by putting out a contest for cities to apply to be the location for its next headquarters. The company has grown out of its first headquarters in Seattle. It would have been adding a new headquarters anyway, but by setting up a contest which cities have until October 19th to apply for, Amazon gets incentives from whichever city it picks. It has created a bidding war among the cities in the running, which gets it the most incentives as possible. The company will be bringing 50,000 jobs and $5 billion of investment to build and operate the new headquarters. Amazon is partially responsible for why Seattle is the hottest real estate market in the country as we discussed in a previous article.

Amazon has small cafeterias to encourage workers to go out to eat. Amazon has 8 million square feet of office space which has 40,000 workers in Seattle. Unlike other big tech companies, it integrates itself in the city opposed to having a separate campus. It’s ironic that some big Silicon Valley firms have open floor office spaces where workers must collaborate, yet they separate their buildings from society. That seems counterintuitive.

There’s discussion about Amazon’s needs such as low cost of real estate, access to swift transportation, and plentiful skilled workers. The media has come up with lists of possible cities making this like a power ranking of sports teams. This adds to the allure of the company, making more skilled workers want to get a job at Amazon. It’s true that Amazon wants those needs to be met and will take them into consideration, but the reason Amazon is doing this competition is to get tax incentives.

Fairness Is The Only Way To Build A Strong Economy

Amazon is getting mayors across the country to avoid basic game theory and economics because they see the 50,000 jobs and huge investment and think it will guarantee them re-election. It’s true that whichever city gets the headquarters will see an immediate influx in economic activity that will make local politicians more likely to get re-elected, but that doesn’t make it a good decision. Whenever the government makes incentives for one business, it’s making the operating environment more difficult for another business. This could put a small firm into bankruptcy considering that many of them have low profit margins. Increased tax burdens and regulations hurt small businesses more because they can’t handle the challenges; they don’t have billions in profits to hire a legal team and skilled tax accountants.

As you can see, the mayors bidding for Amazon are shifting desk chairs on the Titanic. The best thing the government can do is to make the environment suitable to all businesses with a level playing field. Amazon isn’t guaranteed to be successful. Pushing for Amazon makes a city reliant on one firm instead of diversifying amongst many small businesses. Amazon has already pledged to hire 100,000 full-time workers in America by mid-2018, many of which are at fulfillment centers. Therefore, many cities will get a few thousand workers without bowing down to Amazon.

Kudos to Amazon for being a master manipulator of the media and the government. The politicians should act smartly by recognizing they don’t need Amazon to be successful. If politicians stopped making special rules for big business, America would be more efficient and there would be economic fairness. The rhetoric for raising taxes on the wealthy would fall if all Americans felt like they got a fair chance at being successful