US Real Wages Soar As Germany On Brink Of Recession 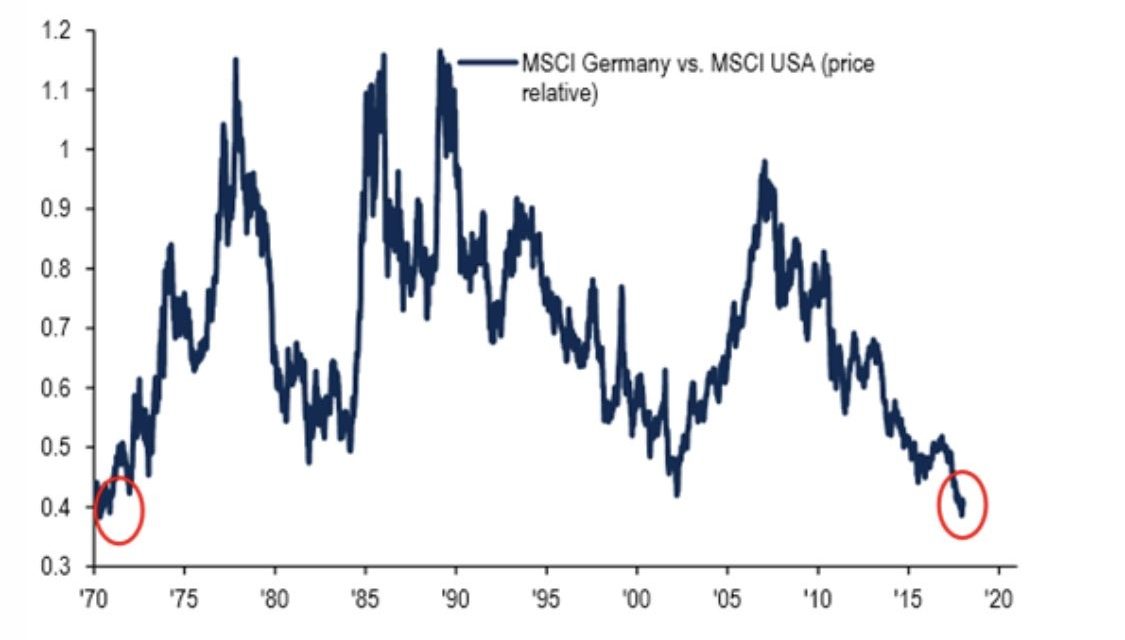 The December CPI report met expectations across the board. Headline CPI was -0.1% month over month which fell from flat in November. As you can see from the chart below, the decline in oil caused yearly CPI to fall from 2.2% to 1.9% which is below the Fed’s 2% target (the Fed looks at PCE closer than CPI).

Core CPI, which doesn’t include food and energy, was up 0.2% monthly and 2.2% yearly. Both were the same as last month. Since wage growth is deflated by headline CPI and not core CPI, this divergence is great for real wage growth.

This modest inflation allows the Fed to avoid hiking rates in the near term. Even though it seems like the cycle might be near its end, inflation isn’t running out of control, so the Fed doesn’t have to hike rates. Specifically, core inflation was down from 2.24% to 2.21%. Because December inflation last year increased from 1.71% to 1.76%, the 2 year inflation stack actually increased. It seems like core inflation will likely fall in the next few months because the comparisons are about to get much tougher. If core inflation falls below 2%, it will allow the Fed to not hike rates at all in 2019 (guidance is for 2 hikes). Of course, the real reason the Fed shouldn’t hike is because economic growth is slowing, but sometimes the Fed needs an alternate alibi.

We have been harping on the thesis that real wage growth would be strong in Q4 for the past few months. The thesis has come true in December because of the tight labor market and the decline in headline inflation because of the crash in oil prices. Real hourly wage growth for production and non-supervisory workers was 1.5% in December.

As you can see from the chart below, these workers had 1.2% real weekly wage growth.

Keep in mind, this wage growth is the most important of this cycle because the most workers have jobs. High wage growth with a high unemployment rate doesn’t help nearly as many people. Even though the political rhetoric claims workers never get a real pay raise, this cycle has been great for real wage growth. This won’t stop politicians from making the same points because workers are always going to want more wage growth, and envy is a strong feeling.

Some economists believe a tight labor market causes the economy to overheat because wage growth causes inflation. This is why the Fed hikes rates when the unemployment rate is low. However, even with the latest spike in wage growth, inflation is still low. The two metrics haven’t had a strong relationship this cycle. The chart below shows one industry which has seen a strong correlation between wages and inflation.

Personal care services inflation has been boosted by wage and salary growth for service providing workers. That’s because this industry is very labor intensive. The Fed’s justification for rate hikes arising as a result of strong labor causing increased inflation exists in this one industry.

Specifics Of The CPI Report

The biggest reason for the decline in headline CPI was the crash in oil prices. Energy fell 3.5% and gas prices fell 7.5%. Transportation prices fell 1.5% because of airfare costs, and vehicle insurance fell 0.2% monthly. The biggest impact to CPI is housing. Combined, housing and medical costs are over half of CPI. As you can see from the chart below, core CPI has been above core CPI excluding shelter for much of this cycle because shelter inflation has outperformed core CPI. This explains why housing isn’t affordable. Shelter inflation should moderate as the housing market cools.

College tuition and fees were up 2.7% year over year. That’s above headline inflation. It’s interesting to see how that translates into student loan debt. Student debt was up 5.6% year over year in Q3. Once again, food price inflation was low. It was 0.4% monthly, but only 1.6% yearly. Apparel costs were flat and wireless services fell 3.2%. Wireless services are famous because Fed chair Yellen blamed their price decline for the decline in inflation in 2017. The Fed still raised rates in 2017 because it deemed that price decline was transitory.

Italy and Germany are likely headed for a recession. Let’s quickly review the latest month over month industrial production growth. France was -1.3%, Germany was -1.9%, Italy was -1.6%, and Spain was -1.5%. The chart on the left shows the Merrill Lynch GDP tracker for Germany. It shows there will be a recession as growth will be negative for the 2nd straight quarter.

Some pundits claim this is a “technical” recession as if it makes the situation any better. The situation is bad, and the numbers reflect this. The chart on the right shows 2018 GDP growth is going to be about 1.5%. If 2019 tracks the same as Q4 2018, then 2019 GDP growth will be about 1%.

The stock markets reflect this weakness in the German economy compared to America. The U.S. will only see negative Q1 GDP growth if the government shutdown extends to March. As you can see from the chart below, German stocks are at a 50 year low relative to American stocks.

Inflation is modest which means real wage growth is strong and the Fed doesn’t have to hike rates. Rate hikes would invert the yield curve and likely slow growth. The hope for Americans is that shelter inflation moderates further because the housing market is weakening. Wage growth hasn’t driven inflation higher. The European economy is flailing as Italy and Germany are headed for a recession. This explains why German stocks are the lowest relative to American stocks in 50 years.