There Are No Short Sellers Left 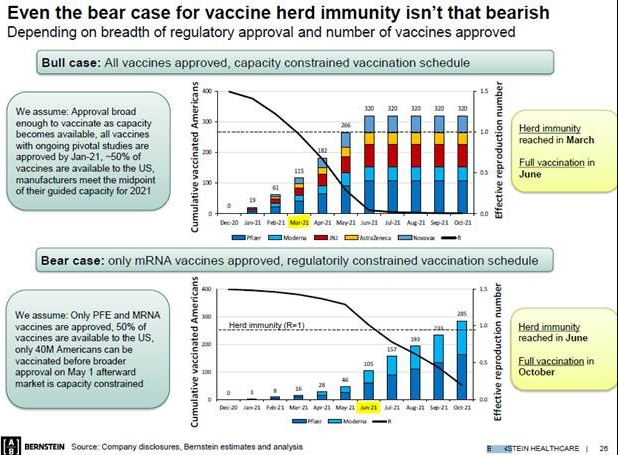 Short sellers protect the market which sounds weird because many blame them for weakness. The reality is shorts mainly go after weak companies that have fundamental flaws. It’s not the messenger’s fault the flaws exist. Of course, some short on valuation, but those are trades that don’t get talked about as much. The ones that are discussed are the ones that cause stocks to crater. It’s healthier if the flaws are pointed out earlier by shorts rather than later when the problem becomes enormous. Obviously, shorts are trying to make a profit, but calling out bad practices makes a market heathier just like a controlled forest fire makes the forest healthier even though it is a painful process.

Also, when stocks fall, short sellers cover their shorts which creates a cushion for the market. It’s like how investors take profits on the long side, except shorts are usually quicker to cover because shorting should usually be a short term trade since there are borrowing costs. You don’t want to be caught shorting a stock for months hoping something bad happens. In theory, you want a catalyst.

There is nothing wrong with holding a stock for years while long. That’s the best description of this market which is why shorts are an endangered species. As you can see from the chart above, the median short interest of S&P 500 stocks is the lowest since at least 2004. There are still plenty of smaller companies not in this index which are shorted heavily, but this has been a painful 6 month run for the shorts.

Some have claimed we are in a new paradigm where low rates sprout mini bubbles such as in blockchain and marijuana stocks. The fracking stocks in the mid-2010s weren’t as popular with retail traders, but their businesses certainly were helped by low rates. One of the problems for frackers is by being successful, they led to their demise because more oil supply leads to lower prices.

We won’t say we are in an era of bubbles, because we can’t predict irrational behavior. There is always irrational behavior. Are markets more irrational than ever? That’s tough to tell because we don’t know what will happen next. What we do know is the EV stocks are in a bubble just like marijuana and blockchain stocks. In our poll, we asked which was a bigger bubble, EV stocks in 2020 or tech in 2000. 61% put EVs. There is some recency bias, but these stocks are too high. The median trailing 2 month returns of EV stocks is higher than the median of blockchain stocks in late 2017/early 2018. The median of 22 blockchain stocks rose 126%. The average was 165% because one rose 753%.

According to Upslope Capital, the median 2 month EV stock return is 162% and the average is 143%. Of course, anything can be a bubble. It’s just more likely that the bubble will gain more of a following if there is a story about the future behind it. The phrase ‘it’s the future’ should scare investors because the theory behind it is that the stock is inevitably going to rise because of future trends. The problem is profits don’t always follow and the initial leaders don’t always reap the rewards. The internet was the future, but the Nasdaq still crashed. Saying something is the future is meaningless. It’s hard to predict the future in tech. Luckily, you don’t need to do that to make money.

The Bear Case Is Bullish

There are 2 mRNA vaccines done by Pfizer & BioNTech and Moderna which have 95% effectiveness. At first glance, you would think that’s enough, but it isn’t in the short term because we need production and distribution done quickly. That’s where AstraZeneca’s vaccine comes in. Their vaccine was shown to have a combined effectiveness of 70.4% with a 90% effectiveness if half a dose was taken first and a full dose was taken second. This vaccine is important because it can be stored at normal refrigerator temperatures instead of super cold temps like the others. It can be delivered using existing logistics networks. It’s a major victory.

The market has started to go numb to vaccine news except for the reopening stocks. Stocks that need the economy to reopen as quickly as possible rally the most. This brings us to the point made in the slide above. Even in the worst case scenario where only the mRNA vaccines go out, herd immunity will be reached in June and full vaccination will be done by October. The critical factor is uncertainty is gone. The difference between the bull and bear case is small; in the bull case where all the vaccines come out, herd immunity will be achieved by March and full vaccination will be done by June.

It’s quiet notable that a few months makes a large difference in terms of small businesses and lives. As of November 23rd, the 7 day moving average of deaths was 1,515 which means at this pace, about 45,000 people die per month. Getting this done in March versus June could save 100,000 lives. Small businesses and renters are at their wit’s end. It would help restaurants and hotels a lot to open in the spring instead of the summer. The unemployed will lose their pandemic benefits on December 26th if they aren’t extended. Every week that goes by with the economy partially shuttered hurts them dearly.

Short sellers help the market function. They have mostly disappeared which is bad for the market. When it falls, there won’t be anyone to cover to help it bottom. The market is more vulnerable than usual. The worst of the speculation is in EV stocks which have rallied like blockchain stocks from late 2017 to early 2018. Whether the bear or bull case for vaccines happens, most stocks don’t care. Only the reopening stocks rally greatly on good vaccine news which is probably how it should be. The bear case isn’t that bearish. That being said, it would be bad for human life and many small businesses if only the mRNA vaccines are distributed in 1H 2020.