Can The Economy Improve Before Consumers Run Out Of Money? 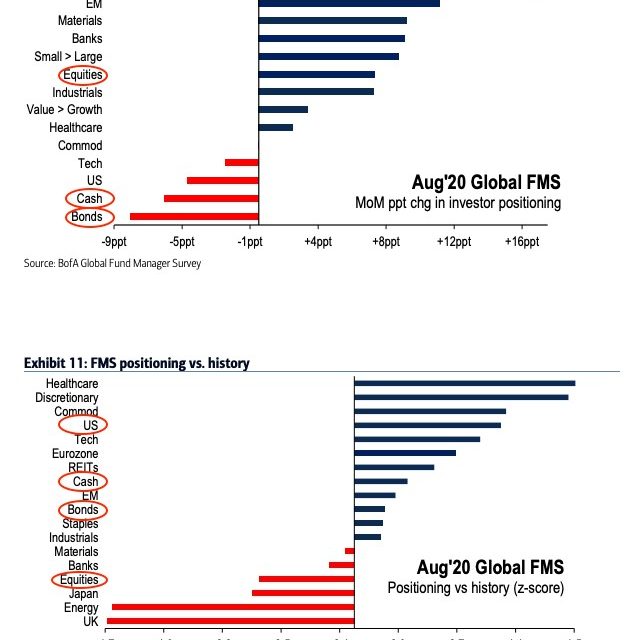 Even though the labor market was tight at the end of the last expansion and credit card debt wasn’t nearly as big of an issue as it was in the previous cycle, the percentage of American Express loans 30 days past due creeped up from 0.9% in 2015 to 1.7% in 2019. This could be an individual company issue with lending standard changes. That being said, the recent decline to 1.4% which is the lowest since July 2019 was related to the macro picture. This recession was a boon for the workers who were laid off and got more money from unemployment benefits than their regular job. They paid off their credit card debt because they didn’t know when they would get their jobs back.

The details of Trump’s $300 per week unemployment benefits executive order are coming out and the results look bad. Many states need to upgrade their systems to adjust to the order. Some states aren’t giving out benefits, some benefits will only last a few weeks, and 1 million workers might not qualify because they make less than $100 per week in benefits. We can’t go into every state’s rules regarding these benefits. It’s sufficient to say this won’t be the same boon as the $600 in additional weekly payments that ended last month were.

The chart below shows the decline in disbursements. The recent decline in unemployment benefits is $15 billion per week which is almost 4% of GDP. Congress is unlikely to act this month as it’s on recess. A stock market correction or weak economic data point could spur a bill, but neither look to be coming soon.

The August labor report will probably be strong based on the recent jobless claims reading. The S&P 500 is within 1% of its record high. The hope is the labor market strengthens enough to allow the economy to stand on its own. If continuing claims fall 500,000 per week for 18 weeks, they only will fall to the previous recession spike. It’s dubious that unemployed workers will have enough money to get through the next 4 months. The good news is they have some extra savings, so if a stimulus is passed in September, here won’t be a major economic hiccup.

The alternative data led us in the wrong direction when forecasting the July labor report. Even the official data suggested a weak report was coming. Keep that in mind when we review the chart below.

The Homebase coincident employment index for the BLS’s survey week suggests the labor market got slightly worse. If you adjust for seasonality, there will be about 600,000 jobs created. (There should be 320,000 temporary government jobs added because of the census). That would be a step below July’s report, but it probably wouldn’t be weak enough to spur a stimulus. We would get the positive headline that unemployment rate fell to single digits.

Let’s wait for the jobless claims report this Thursday to see if initial claims fall sharply like last week, in which case more jobs may have been created in August than July. Either way, it’s very unlikely that this report causes a stimulus to be passed. Keep in mind, it’s possible continuing claims fall more than our 500,000 per week suggestion. In that case, the labor market recovery would minimize the impact of unemployment benefits being taken away.

Where Managers Are Investing In August

Fund managers added to equities in August and still had a negative z score in terms of positioning. If you follow American stocks, you might be surprised by this. That’s because it was reverse for America as positioning was taken off, while the z score was still positive. Managers rotated to European equities and towards value stocks over growth. Many of the tech growth names in America peaked in July. Managers also put more money in small caps and banks. The headline of the chart below shows this as a rotation to inflation. You can also say, it’s buying the laggards in an overbought market. U.S. stocks are up so much, managers might be looking towards the laggards to find bargains.

With a CNN national presidential election poll showing Trump is only behind Biden by 4%, Trump’s odds of winning increased to 46%. Trump doesn’t need to win the popular vote to win the election. In fact, there’s only a 20% chance he does.

The table above shows some of the policy goals that weren’t accomplished in past terms. However, keep in mind the GOP cut taxes this past term. If the Democrats win the election, they might not get their grandiose plans done, but they are likely to at least raise taxes. A corporate tax increase would hurt earnings. The stock market has rallied in spite of this potential negative. It would be surprising to see stocks decline on this potential now because it has been such an obvious risk for over a year. Stocks might react more if favorable Biden polls come out. They also will likely decline when tax policy is debated in 2021 if the Dems win.

The jobless benefits going out are a mess with different states having different rules. The hope is the labor market improves enough to where this doesn’t matter much. That’s tough because there are still more than double continued claims now than there were at the peak of the last recession. There also might be a stimulus passed this fall when Congress is back in session. Fund managers moved back into value, banks, small caps, and Europe. The Dems might not do anything major from 2020 to 2024 if they win, but they will likely raise corporate taxes.