Will The Economic Recovery Continue? 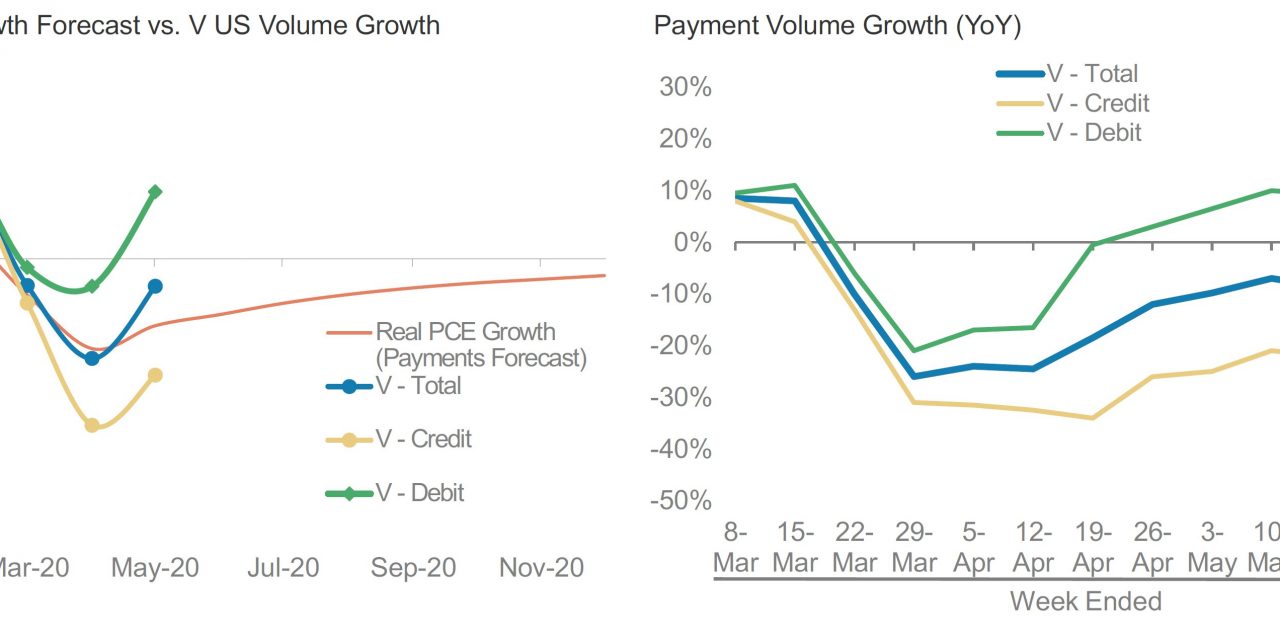 The stock market is laser focused on the economy recovering as it sees COVID-19 as an issue that is behind us. Investors are also ignoring the now international riots and protests. The thesis that the country reopening will steadily improve economic growth isn’t being questioned as the market is rising in almost a straight line. There have only been 3 down days since May 13th; since then the S&P 500 has risen 9.25%.

The chart above tells use 2 things. First let’s look at the obvious point. As you can see, consumer credit card spending growth is higher for states that had their stay at home orders lifted than those that hadn’t as of May 19th. Spending growth was -12.9% as of May 29th for those that had orders lifted and -16.3% for those that haven’t had them lifted. This means when areas like NYC are reopened, the growth rate will rise. However, that counteracts the 2nd point which is that growth hasn’t improved recently. It has stalled.

Chase consumer spending growth fell from -19.3% in the prior week to -19.5%. We’re supposed to be seeing improvement. Since 68% of people are getting paid more on benefits than they would from working, people getting their jobs back actually hurts their income. Either people lose the $600 weekly benefit when it ends in July or they get their job back which gives them less income than benefits do. The future growth trajectory isn’t as obvious as the stock market is portraying.

The 2nd factor is pent up demand. You don’t need data to know that consumers want to go out and spend money. If you do, look at yearly German restaurant bookings growth. It went from -67% on May 28th to 32% on June 1st. It’s the first major country listed with positive growth. Global growth is still -82% and U.S. growth is -84%. The urge to get back to normal is there. It depends if consumers feel comfortable and have the money.

To portray a complete picture, we will include differing data. According to Visa, in May U.S. total payment volumes only fell 5%. As the left chart shows, total volumes growth is much higher than the real PCE payments forecast. Debit volumes rose 12% and credit volumes fell 21%. As you can see in the chart on the right, in the last week of May volumes were only down 1% with debit volumes up 17% and credit volumes down 19%.

Just as the economy is reopening, there has been a massive increase in protests and riots due to social justice issues. Consumers were asked if they are comfortable because of COVID-19. That question might turn to comfort amidst the riots. If the country avoided riots for a bit longer, there would have been less economic motive to riot because the labor market would have recovered. Now these riots are slowing the reopening process which is a big negative. NYC was just about to reopen on June 8th; it now has a curfew until Sunday. There’s a curfew being initiated on people who weren’t allowed to live normally in the first place because of the shutdown.

The final impact on consumer spending is the ability to spend. Even if you want to spend, if you don’t have the money, it doesn’t matter. As we specified in a previous article, income growth was very strong in April because of government assistance. That could change once the federal; unemployment benefits program ends in July. Consumers saved more money because there was less opportunity to spend and because they know government assistance won’t last. The chart below looks at savings in the opposite manner. As you can see, it shows the last time people took money from their savings account to pay bills. Let’s ignore the fact that there is currently almost no interest rate difference between a checking and savings account. This is about using money set aside for a rainy day.

36% of people used money from their savings account to pay bills in the last month. Now is the time to use money set aside. If a person didn’t get their unemployment check in a timely fashion, they may have needed to dip into savings. You can see how much of a boost this is because 20% dipped into savings more than a month ago, but less than 6 months ago. That’s a 5 month period with a lower percentage than the prior month.

As the stock market rallies, small businesses are still in trouble. As you can see from the chart below, 48% of small businesses can’t pay their rent and other expenses in full. Some people make the case that if small firms go out of business, large firms will take share. The question is share of what? The owners and workers of these small firms will have no money to consumer so the pie will shrink. Having a greater share of a shrinking pie isn’t a positive.

Consumer spending growth stopped improving this past week based on Chase card spending (Visa differs). Also, 48% of small businesses can’t pay their June bills. This is while the stock market has risen 9.25% since May 13th. Is the stock market ignoring the present and focused on the future or does it have the trend wrong? It’s possible the market is wrong to rally in the face of these negatives. Sentiment is starting to get overheated.