Why There Could Be Coal In Your Stockings 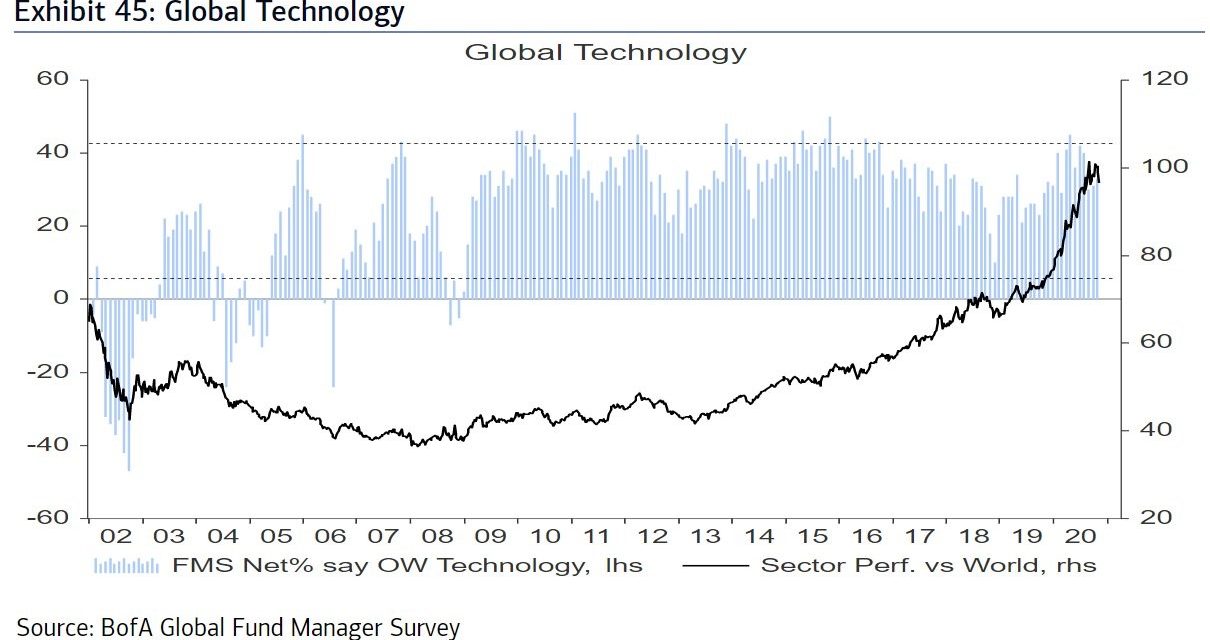 We are going to see in real-time how much of a policy choice COVID-19 actually presents. Specifically, if people social distance and have less mobility when hospitalizations spike, restrictions become less relevant to the spread. Individual behavior would cause slowing without government decrees. Secondly, consumers can also lower their spending to prepare for potential job loss without shutdowns. Specifically, Europe went with lockdowns which has caused its economic activity to crater in the past few weeks as the chart below shows.

The US is doing a bit better without lockdowns, but with hospitalizations breaking records there should be less activity as we head into the holiday shopping season. There is no winning with the virus regardless of policy decisions. There should be less economic weakness in America. Of course, the US is governed by 50 states which means policies vary much more than they do within individual European countries. Europe’s spread has slowed while America’s hasn’t which could mean the US is delaying the inevitable.

If you delay the spread, you are buying time for the vaccines to work their magic this spring. If you delay the economic cost, it will be easier for the economy to recover. In both circumstances there are lives lost and a weak economy though. As we have been saying, stocks don’t care about this because of the coming vaccines. That doesn’t mean other short-term risks aren’t present for financial markets. To determine the market’s opinion on the economy, look at real interest rates. Look at small cap value stocks, and particularly energy and bank stocks. They had a bad stretch from June 8th to the end of October as real interest rates declined and then stagnated. That reversed course in November. While it won’t be a straight line up, that’s not a short term reversal. It’s the market beginning to price in a higher probability where the economy goes back to normal in 2021.

Coal In Your Stocking

This holiday shopping season won’t be good. Redbook retail sales growth in the week of November 14th rose from 1.1% to 1.7% which is quite weak. At best, we will see low single digit spending growth. At worst we will see a decline. There are currently 76,830 people in the hospital and the 7 day average of deaths per day is 1,160 which is above the August peak. The spike is coming at the exact worst time for retailers. It’s pretty likely the situation will be a little worse by the time Black Friday comes in 9 days.

As you can see from the chart above, 45% of consumers surveyed at the start of November stated they would spend less on gifts this year than last year. That sounds much worse than the professional predictions for low single digit growth. The survey showed a 6 point jump in people saying they will spend less as compared to 2 months prior. We could easily see a slight worsening before holiday shopping begins in earnest. Those who can work from home and own stocks will have a greater propensity to spend this holiday season.

The stock market boom won’t bring nearly enough consumer spending to counter all the people who could potentially lose their unemployment benefits by the end of the year. Everyone on pandemic benefits is very aware of what could happen. If you are optimistic and assume you will get your job back in February, you still need to plan for a month without benefits. If Congress doesn’t pass a stimulus until after the inauguration, it will be too late as the pain will have been had and people will be getting their jobs back this spring.

Speaking of the pain being had, about 280 firms that got PPP loans have gone bust. The government has not done enough to save small businesses. The good news is the chart suggests in the past couple weeks there have been fewer busts. However, that will probably reverse in December as the economy worsens due to COVID-19.

The most busts were in the smallest loan category of course as there are more small firms than larger ones and small firms are less resilient. 125 firms given loans from $125,000 to $350,000 have gone bust. Then think about all the firms that didn’t get money which have gone bust. Let’s see if the record spike in business applications makes up for this decline. Will the economy be dynamic after the COVID-19 crisis ends or will big firms have stronger monopoly power?

Some get confused about what fund managers say versus how they are positioned. You would think if most fund managers said long U.S. tech stocks was the most crowded trade, half said that emerging markets would outperform in 2021, and a record net 73% expected a steeper yield curve, that they would be long value stocks and betting against tech. However, just because the net expecting a stronger economy is at a 20 year high, doesn’t mean they are fully positioned for this new trade.

As you can see from the chart below, fund managers have been steadily overweight global tech since 2009. You can see how small energy is as a percentage of the S&P 500. Global tech has been outperforming global markets for over 6 years, while energy recently hit a record low as a percentage of the market. 2 weeks of this trend reversing doesn’t mean it’s over. It’s a sea change that has just begun.

Europe’s economy is tanking due to shutdowns and the US is experiencing record high hospitalizations. The holiday shopping season is going to be terrible. Cyclical stocks don’t care about any of this. If you think the stock market will suddenly care, you must at least question your thesis because it is painfully obvious the economy won’t be great in December and COVID-19 is spreading. PPP loans were given out to about 280 firms that went bust. Managers are still very long tech. Few could possibly own fossil fuel stocks because they are so small of a percentage of the market. Managers say they see cyclical recovery. Let’s see if that causes them to sell tech and buy banks and energy.