Why The Fed’s Announcement Was Meaningless 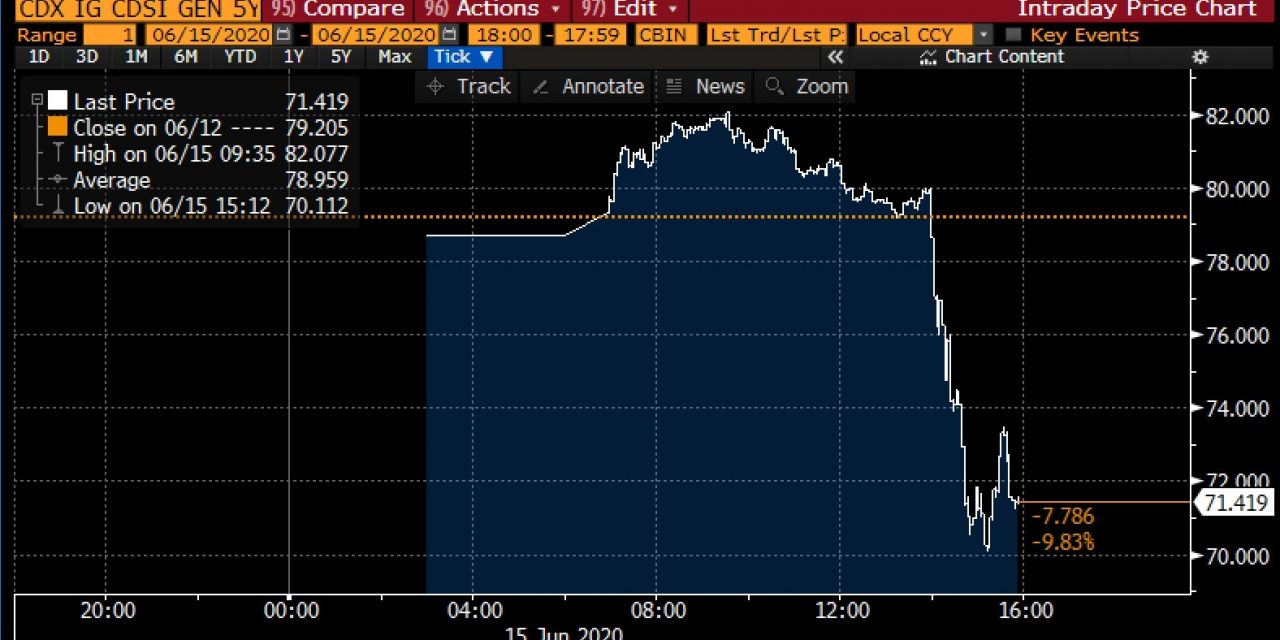 It’s human nature to be biased towards constantly reinforcing prior beliefs. That’s why investing is so difficult. Even when you are invested in a company, you need to take a step back and look at the situation neutrally. You don’t want to only engage with people who agree with you because you will be blindsided if your thought process is wrong. Objectively, some news will support your theories and other news won’t. It’s best to be open to both sides and know why someone might disagree with you. It’s not a bad thing that humans like to be right. In fact, it provides opportunities to investors. This is what causes investor herding. People group together in one idea which creates mispricing. If everyone agrees with you on something, it’s either a rare event where the market has missed something obvious or your idea might be too crowded and due for a correction.

We discussed the concept of people wanting their priors to be confirmed because it occurred beautifully after the Fed’s announcement that it would buy individual corporate bonds. This announcement was a small clarification of a previously announced policy in late March. The Fed didn’t add to its stimulus at all. The critics of the Fed claimed this policy was suddenly ending free markets; the stock market used it as an excuse to rally. This is like a stock rallying because it announced the timing of its quarterly conference call. That’s immaterial information. On Monday, the stock market was undergoing a strong reversal. The Fed’s announcement was the cherry on top. It’s possible algorithmic trading caused this reaction. Many human investors were confused by it.

It’s important to understand what the Fed is doing. You will be misled if you follow the near term stock market reaction. Some critics even claimed the Fed was reacting to the recent stock market volatility. However, it’s doubtful the Fed expected this announcement to even impact markets. Stocks rallied & spreads widened as you can see from the chart below. There was a 10% decline in investment grade and high yield bond spreads. You can see the instant reaction to the news that wasn’t really news.

Specifically, the Fed is buying individual corporate bonds to create a broad diversified market. This will be more transparent and the Fed won’t need to only rely on ETFs such as the HYG. It slightly expands which bonds it can buy and allows the Fed to avoid buying ETFs above their net asset value. ETFs went above NAV because so many investors are front running the Fed and piling into them. Think of this like if someone purchased almost 500 companies to basically mimic the S&P 500 without paying the ETF fee.

With this minor change, investors won’t need to start guessing which bonds will be in and out of the index. It won’t only be up to the company that formulates the ETF. Ultimately, a lot of this policy’s impact is in the market’s reaction to it (like all Fed plans). The Fed hadn’t even started the buying on Monday, yet there has been a lot of tightening in spreads since late March. Obviously, that’s not just because of the Fed. We’ve also seen COVID-19 new deaths fall and the economy bounce in May.

The qualifications for a corporate bond to be purchased are the following. The bonds must have been at least BBB- rated by March 22nd. If they were downgraded since then, their rating can’t be worse than BB-. The maturity must be less than 5 years. No bank bonds will be bought. Firms that aren’t based in America or firms that got funds from the CARES act don’t qualify. Firms in the travel industry like cruise ship firms got money from the CARES act. They can’t be helped. The Fed won’t buy a fixed income ETF trading at a premium to its net asset value.

We mentioned how herding creates opportunity in the stock market. Before we get to another behavioral theory, note that the best market psychologist in the world won’t necessarily be a great investor. The secret sauce is in the overlay of all investing components, including fundamentals. Investors who have a good understanding of market psychology have a gut instinct and qualitative things they look at. For example, when the most ardent bear turns bullish, it might be time to sell.

The chart below shows investors tend to overpay for certainty and new possibilities, while underpaying for near certain investments. For example, someone would rather put their money in a CD than a great company with a strong sustainable advantage. To be clear, not everyone should be investing in individual stocks. This aims to explain the premium people put on what they view as a guarantee. Unfortunately, there are no guarantees in life.

The idea that boring companies are undervalued stems from the notion that people view investing like a gambler. They also want to get excited about what they own. That explains why new possibilities are over-weighted in importance. There are numerous ETFs for disruptive technology companies. Investors want to be involved in the next big thing. If they get it right, they will win big. Plus, their stock will be highly discussed. When Netflix and Tesla do well, their results are top news. We aren’t saying these are bad stocks. We are saying these were the winners amidst the myriad of story stock losers (survivorship bias).

The Fed’s latest announcement that it will buy individual corporate bonds sent people into a frenzy with some saying the markets are dead and others using it as an excuse to buy stocks. This was hardly news. It should have been ignored by investors. A behavioral theory expressed by Terry Smith proclaims, “Rather than…buying high-risk stocks, investors should seek out “boring” quality companies…predictable returns and superior fundamental financial performance…and take advantage of their persistent under valuation…to buy and hold them.” These are the near certain stocks that are under-owned. This theory suggests avoiding certain situations and exciting new possibilities.